Scientists conclude Octopus DNA is out of this world

A new study has led researchers to conclude that Octopuses (NOT Octopi) have Alien DNA. Their genome shows a never-before-seen level of complexity with a staggering 33,000 protein-coding genes identified, more than in a human being. 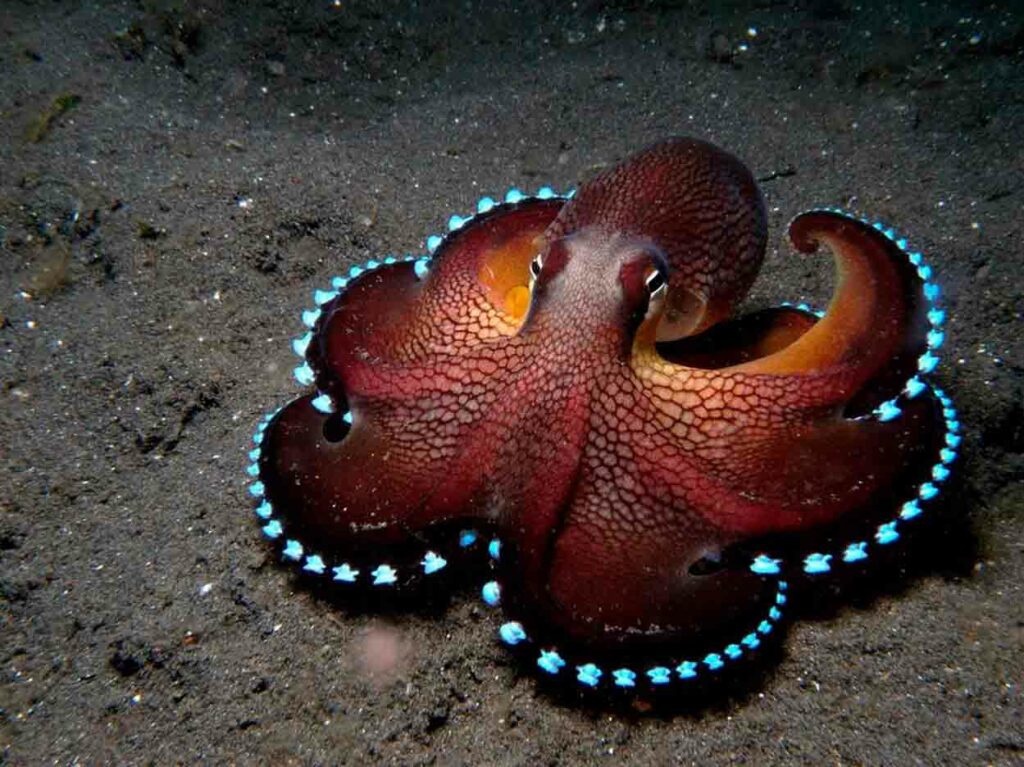 The oceans of our planet hide countless mysteries that could perhaps help answer numerous mysteries of life itself. During the last couple of decades, marine biologists have made small but steady progress towards a deeper understanding of nature and life.

A group of researchers decided to do some science and chose the cephalopods in order to try and break down their DNA code, hoping to understand them better.

The octopus, squid, and cuttlefish are integrated into the coleoid sub-class of the molluscs. They have an evolutionary history that goes back over 500 million years, a period long before plants moved onto land. These creatures inhabit nearly every single ocean at almost any depth.

They are mainly characterized by a vast range of incredible morphological wrinkles: camera-like eyes, really flexible bodies, and ‘sophisticated’ chameleonic response. All of this is ruled by the larger nervous system found among invertebrates, which makes these beings the rulers of the oceans.

They possess highly developed brains and are considered as the most intelligent invertebrate demonstrating elaborate problem-solving behaviours. And ss if it wasn’t freaky enough for octopuses to open up jam jars, scientists have just concluded that these aquatic creatures are even more mysterious.

Thanks to the first-ever full genome sequence, researchers have found that octopuses (NOT Octopi) are in fact entirely different from any other animals on our planet. Their genome shows a never-before-seen level of complexity with a staggering 33,000 protein-coding genes identified, more than in a human being.

US researcher Dr. Clifton Ragsdale, from the University of Chicago, said: The octopus appears to be utterly different from all other animals, even other molluscs, with its eight prehensile arms, its large brain, and its clever problem-solving abilities.

“The late British zoologist Martin Wells said the octopus is an alien. In this sense, then, our paper describes the first sequenced genome from an alien.”

One of the mains reasons why researchers decided to investigate the molecular basis of cephalopod brain, was its ability to adapt instantly its neural network properties which result in a great impact in memory and learning capacity. These specific capabilities offer an explanation within the genome that incorporates biological mechanisms that allow tissues to rapidly change proteins in order to alter their function.

According to researchers from the University of Chicago, the octopus genome is enriched in transposons, commonly referred to as “jumping genes,” which can rearrange themselves on the genome. Even though their role in octopuses is unclear, researchers found elevated transposon expression in neural tissues. Transposons are known to have the ability to affect the regulation of gene expression and are believed to play major roles in shaping genome structure. (Source)

“With a few notable exceptions, the octopus basically has a typical invertebrate genome that’s just been completely rearranged, like it’s been put into a blender and mixed,” said Caroline Albertin, co-lead author and graduate student in Organismal Biology and Anatomy at the University of Chicago. “This leads to genes being placed in new genomic environments with different regulatory elements, and was an entirely unexpected finding.” (Source)

Octopuses have an alien genetic baggage. The scientific report mainly concluded that Octopuses share ‘Alien’ genes.This has been a ground shaking claim in the scientific community which caused an upheaval among marine biologists who seemed to be shocked and intrigued at the same time.

It turns out that apparently, we’ve had under our nose a link to humanity’s mysteries, and many of life’s greatest enigmas can be solved if we only decide to pay more attention to our ocean and everything inside of it.

The findings are published in the Journal Nature.