Here Are The 10 Most Famous Swords In History

Throughout history, experts have discovered great weapons used by heroes and villains across the planet.

Usually, great warriors were accompanied by special, powerful weapons, which not only conquered distant kingdoms but were also used to liberate lands and people from oppression taking part in great historical events.

In this article, we take a look at ten of the most famous swords known either from historical record or from surviving artifacts. 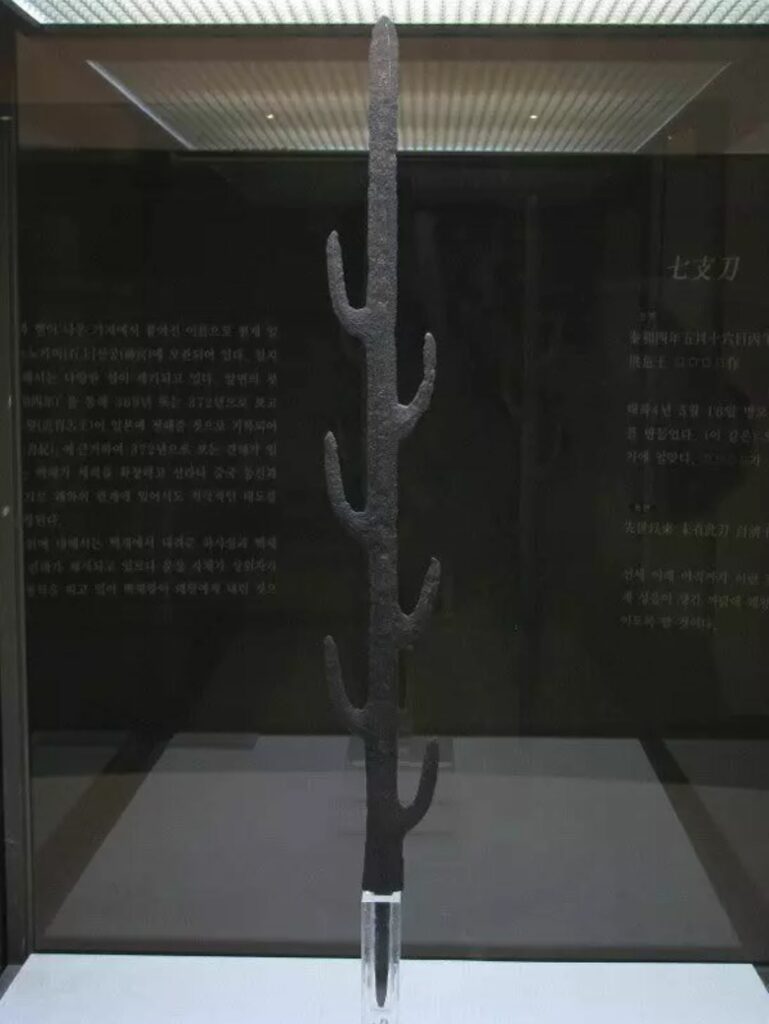 It is believed that this strange sword was crafted in Jin Dynasty China around 369.

However, numerous authors suggest that given the swords curious design composed of seven branches, it may have originated in Korea, because it is indicative of contemporary Korean tree-motifs.

The sword is mentioned in the biography of Empress Jingū, a legendary Japanese empress in the ancient era. The following is the original Chinese text;

“(52nd year, Autumn, 9th month 10th day. Kutyo and others came along with Chikuma Nagahiko) and presented a seven-branched sword and a seven-little-one-mirror, with various other objects of great value. They addressed the Empress, saying:-“West of thy servants’ country there is a river-source which issues from Mount Cholsan in Kong-na. It is distant seven days’ journey. It need not be approached, but one should drink of this water, and so having gotten the iron of this mountain, wait upon the sage Court for all ages.” 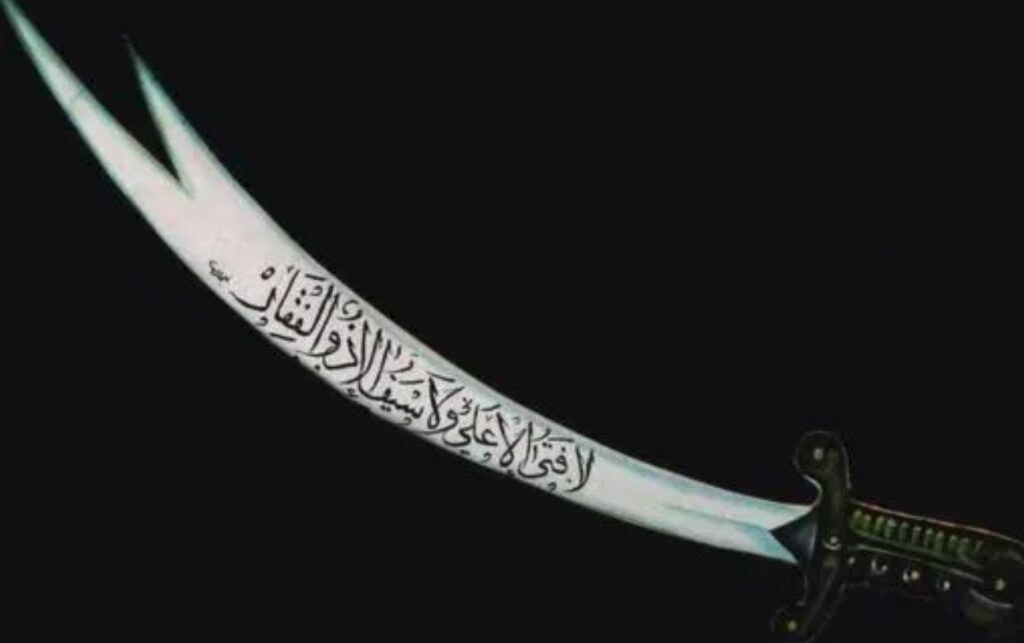 The legendary Zulfiqar sword is said to have been a gift given to Ali ibn Abi Talib by the Islamic Prophet Muhammad, according to Shi’ite tradition.  The Zulfiqar was frequently depicted on Ottoman flags, especially as used by Janissaries cavalry, in the 16th and 17th centuries.

The Sword of Attila

This ancient weapon was the sword of Atilla the Hun and is said to have been given to Atilla by the ‘Gods’.

The weapon is considered a legendary sword.

Roman historian Jordanes, quoting the historian Priscus, gave the origin of the weapon:

“When a certain shepherd beheld one heifer of his flock limping and could find no cause for this wound, he anxiously followed the trail of blood and at length came to a sword it had unwittingly trampled while nibbling the grass. He dug it up and took it straight to Attila. He rejoiced at this gift and, being ambitious, thought he had been appointed ruler of the whole world, and that through the sword of Mars supremacy in all wars was assured to him.” –The origin And Deeds Of The Gods. (Source)

Another legendary Sword who’s existence and origin remain a mystery.

The sword supposedly belonged to King Arthur. Different extraordinary properties have been attributed to the sword, throughout numerous versions of the myth and the subsequent stories.

The story of Excalibur and King Arthur tells us that King Arthur obtained the sword after removing it from a rock where it was embedded, by an act of magic performed by Merlin, who is said to have been the forger of the sword.

The Sword of William Wallace 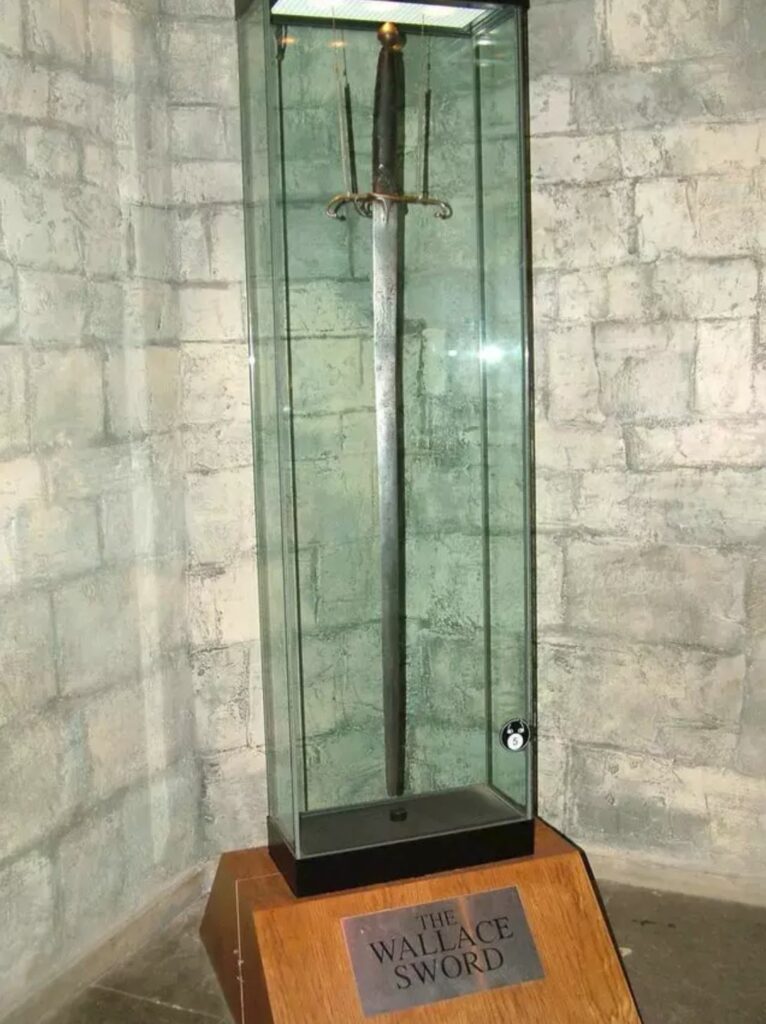 It is believed that this sword was used by William Wallace in the battle of Stirling Bridge in 1297 and the battle of Falkirk. After his death, the sword is believed to have passed into the hands of Sir John Menteith, governor of Dumbarton Castle.

The Sword seen in the above image is believed to have belonged to Napoleon. It was used in numerous battles. Eventually, Napoleon gave it to his brother as a wedding gift.

Since then, the sword was handed down from generation to generation, until it was auctioned in 1978.

Forged in the year 1002, this is one of the most famous swords in history. The Sword belonged to “El Cid”, a Castilian noble warrior who lived in the eleventh century. It was used to fight against the Moors, and then it became one of the most valuable treasures in Spain.

Referred to as the Oriental Excalibur, the Goujian sword is an archaeological artifact of the Spring and Autumn period (771 to 403BC) found in 1965 in Hubei, China.

Despite having been crafted more than 2,000 years ago, the Goujian sword has a sharp blade, as sharp as the day it was crafted, and shows no signs of tarnish. Such resistance to tarnish rarely seen in artifacts so old.

The Sword of Saint Galgano 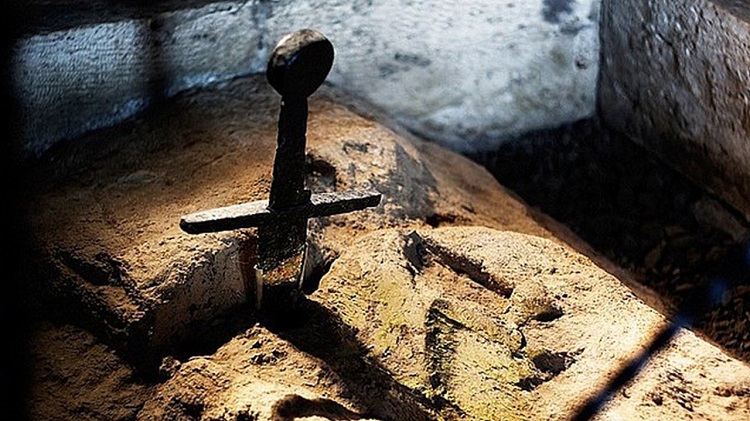 Another sword compared to the legendary Excalibur. The sword of Saint Galgano is referred to as Tuscany’s Excalibur. This sword was crafted in medieval times and is embedded in a stone, located at the Montesiepi Chapel near the Abbey of San Galgano in Siena, Italy. Saint Galgano is considered to be the first saint whose canonization was conducted to a formal process by the Roman Church.

Forged as ONE piece, the Norimitsu Odachi is a 3.77 meter-long sword that weighs 14.5 kilograms.

Believed to have been crafted in the 15th century, many people have been left confused by this MASSIVE weapon, raising questions such as who its owner was? And what was the size of the warrior who used this sword for battle?

The truth is that the Norimitsu Odachi is a ceremonial sword. In the distant past, a sword like this made a clear statement. It showed off that its owner had incredible resources and that it was created by a skillful craftsman because only a skilled one could produce a weapon like this.