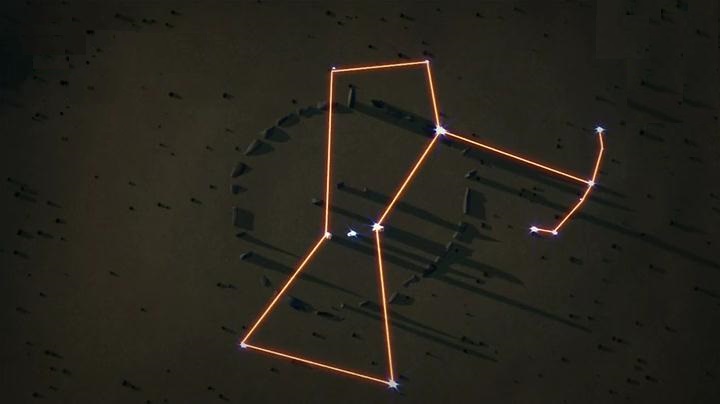 While Stonehenge is perhaps one of the most famous Stone circle formations on the planet, there are countless others scattered around the globe which are even larger and much older.

Just as numerous ancient civilizations decided –for some mysterious reason— to build Pyramids all over the globe, our ancients also created numerous versions of ‘Stonehenge’ all over the planet. Why? No one knows for sure, but these ancient sites are fascinating.

In this article, we journey around the globe and explore 7 wonderful ancient stone formations that are just as awesome and mysterious as perhaps the most famous example – Stonehenge.

Among the many mysteries the Sahara desert has, there is one that in particular that has caused a lot of interest among archaeologists: A strange stone formation that just as Stonehenge in England, seems to have been created thousands of years ago as an astronomical calendar. However, Nabta playa was erected around 1,000 years before its more popular counterpart in England. Over 6,000 years ago, stone slabs approximately three meters in height were dragged over a kilometer to create this incredible archaeological site.

Over 1,000 years ago, an ancient civilization created an ancient astronomical observatory composed of 27 blocks of granite, each up to 4 meters tall, standing upright in a circle measuring over 30 meters in diameter. This discovery has lead experts to conclude that around five centuries before the European Conquest of the Americas, extremely advanced and sophisticated civilizations existed in the Americas.

The intricate stone circle in the Amazon is considered as the largest Stonehenge-like structures ever found in the Americas.

Armenia’s Stonehenge: Predating the Pyramids of Egypt by 3,000 years

One of the most curious Stonehenge-like structures is located in Armenia and is called Carahunge or Karahunj. Not only because it is a sophisticated astronomical observatory, but because it predates the ancient Egyptian Pyramids by around 3,000 years and England’s Stonehenge by 3,500 years. IN addition to that, the Armenian stone circle has curious beings with elongated heads and almond shaped eyes depicted on some of the rocks.

Located at the bottom of Lake Michigan, underwater archeologists have discovered a curious rock formation that they believe is around 9,000 years old.

According to researchers, not only is there a complex site at the bottom of the lake, but diving expeditions have photographed intricate carvings on submerged boulders.

The incredibly aligned stones are not the only thing that baffled researchers upon their discovery. One of the objects photographed underwater is a boulder which according to many is believed to depict what appears to be a prehistoric carving of a mastodon, an ancient animal which is believed to have inhabited the area over 10,000 years ago.

An astronomical observatory in Australia, around 11,000 years old

The further we explore, the more we see that Stonehenge may be one of the most famous stone circles on the planet, but not necessarily the oldest one.

Australian researchers have found that an ancient Aboriginal site in the Victorian bush could be the most ancient astronomical observatory on the surface of the planet, predating Stonehenge and even the Pyramids of Giza. According to experts, the site is around 11,000 years old.

The Wurdi Youang stone arrangement, located some 45km west of Melbourne, was created over 11 thousand years ago, using some 90 blocks of basalt said a custodian, Reg Abrahams. The ancient site clearly identifies the equinox, the winter solstice, and the summer solstice.

Located around two kilometers from the popular megalithic Stonehenge monument in the south of the UK, researchers have discovered a massive stone arrangement of around 90 pieces of megalithic blocks of stone. The stones were discovered by experts around one meter beneath the surface.

This incredible site is believed to date back at least 4,500 years. Each of the megalithic blocks of stone has around 4.5 meters in height.

Another fascinating ancient site is located in the Southern Urals steppe, 8.2 kilometers north-to-northwest of Amurskiy. It’s not just a massive formation but a settlement. Imagine it like Stonehenge, only much bigger and with houses in its interior.

According to scholars, the site is dated to the 17th century BC. However,  there are several other theories that go even further dating the site as early as the 20th century BC.

Scholars believe that Arkaim was built according to a radial scheme, with the outer diameter of the circle having around one hundred and sixty meters with a moat approximately two meters deep surrounding the outer wall and the wall of Arkaim is astonishing with almost five meters wide and five meters high.