Did you know that there is a 9,000-year-old Stonehenge at the bottom of Lake Michigan? According to researchers, not only is there a complex site at the bottom of the lake, but diving expeditions have photographed intricate carvings on submerged boulders. 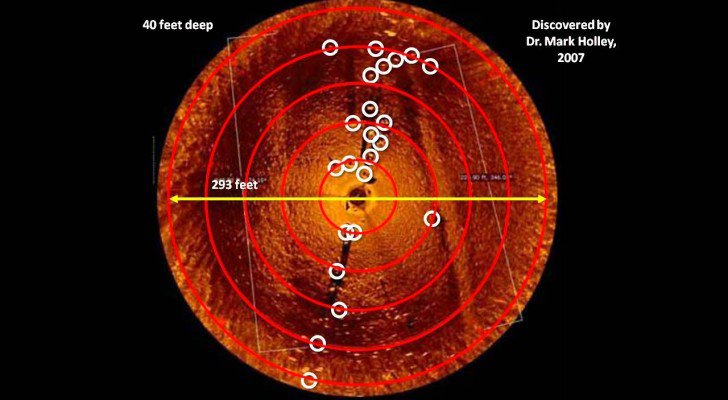 It seems that Scientists have undoubtedly stumbled across an incredible ancient structure located at the Bottom of Lake Michigan. Even though the discovery was made in 2007; a few people have heard of its existence.

Located 40 feet under the surface of Lake Michigan, Professor of Underwater Archaeology Mark Hooley discovered the site with his colleague Brian Abbot after exploring the lake with sonar equipment. While they initially were hoping to find lost shipwrecks, they stumbled upon one of the most incredible discoveries in the last decades.

After several sweeps, they discovered a set of stones on the bottom of the lake that caught their interest. Divers were sent down to investigate the curious formations and document whatever they could find.

“It was really spooky when we saw it in the water,” Holley said. “The whole site is spooky, in a way. When you’re swimming through a long line of stones and the rest of the lake bed is featureless, it’s just spooky.”

Today, not many know the exact location of the underwater complex in order to satisfy the Grand Traverse Bay’s American Indian community, whose interest remains solely in the preservation of the site, minimizing visits. 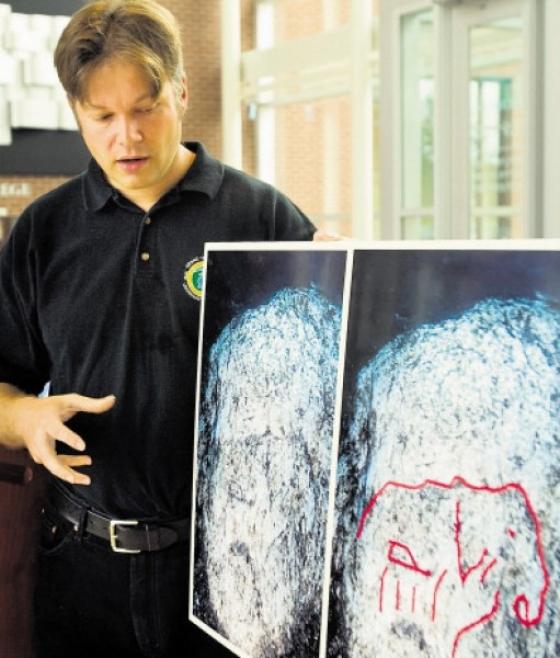 However, the incredibly aligned stones are not the only thing that baffled researchers. One of the objects photographed underwater is a boulder which according to many is believed to depict what appears to be a prehistoric carving of a mastodon, an ancient animal which is believed to have inhabited the area over 10,000 years ago.

The ancient artwork allegedly present on the rock remains unconfirmed since researchers are trying to obtain more evidence which supports their theory: that this is in fact, an ancient carving of prehistoric men. However, since the boulder remains underwater its hard to come up with conclusive evidence.

Professor Mark Hooley has been working with computer models of the boulder in hopes that this will help determine the nature of the markings. Charles Cleland, a retired curator of Great Lakes Archaeology and Ethnology at Michigan State University, remains skeptical about the discovery and suggesting that petroglyphs of this kind are extremely rare to find in the Upper Midwest, adding that the discovery is of value.

“But I think this is certainly something that needs to be investigated,” Cleland said. “It would be unthinkable to leave it alone and not try to figure it out.”

So far, the underwater site remains unauthenticated, but researchers stress that other stone circles of similar size have been discovered across the great lakes. Comparing the site globally, you will notice that such findings aren’t uncommon at all, as there are hundreds of underwater sites located across the entire planet.

Researchers speculate that human hunter-gatherers roamed the area some 9,000 years ago and that the underwater stone circle could have been erected when the site was part of the mainland.