The Ancient Egyptians had discovered an eclipsing binary system thousands of years before mainstream scholars learned of its existence. 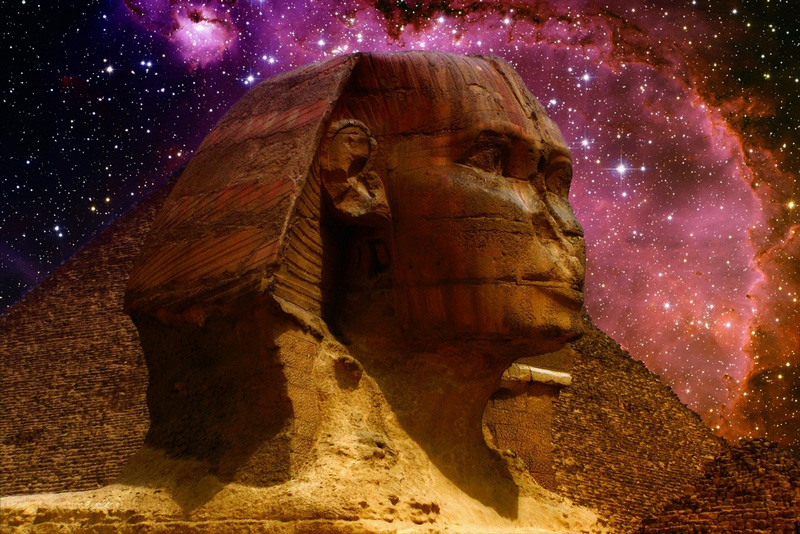 Just imagine 50 years ago, telling someone that Ancient Egyptian religious texts contain complex astrophysical information about a Star System officially discovered thousands of years after the Ancient Egyptians… Most likely, people would have said it ludicrous and impossible. However, it is true.

Among many other fascinating achievements attributed to the ancient Egyptian civilization, we have to accept they were incredibly precise and good astronomers, who looked at the stars trying to explain their origins and purpose.The Ancient Egyptians believed that two of their most important deities came from stars, precisely from Orion and Sirius.

However, what many people do not know is the fact that the ancient Egyptians discovered a solar system thousands of years ago before mainstream astronomers did, without the use of modern telescopes and advanced technologies researchers use today in order to discover distant places in the universe.

The Discovery of Algol

The first record of this mysterious star system dates back to 1244 B.C., written on a calendar (The Cairo Papyrus 86637) made in ancient Egypt, in which Algol has a starring role in the measurement of time. It was named by the ancient Egyptians as the “demon star” and was a very important star system in ancient times. Although in the past it was believed to be a binary system, later studies confirmed that Algol is composed of three stars orbiting each other.

The most unusual and striking feature of this system located in the constellation Perseus is that its two main stars dim, resulting in a cycle of perfect eclipsing regularity: When the most prominent Star of the system shines at a lower rate, observers from Earth can see that it is in fact, being eclipsed by the smaller star, a phenomenon that lasts for 2 days, 20 hours and 49 minutes. 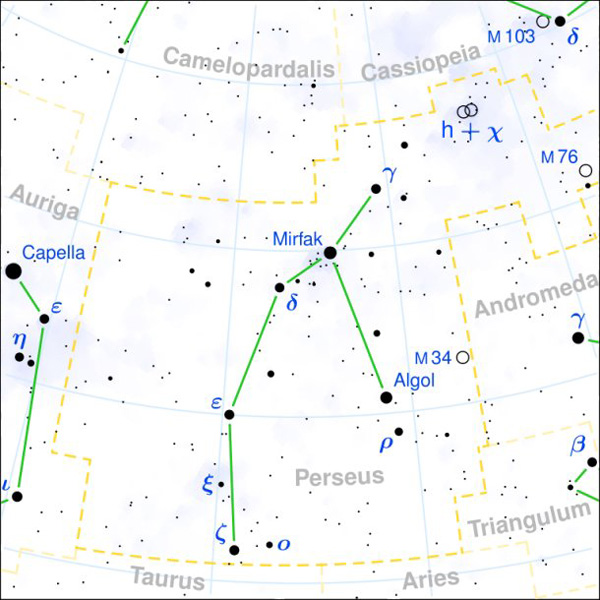 According to the study here available, Algol was represented as Horus and thus signified both divinity and kingship. The texts describing the actions of Horus are consistent with the course of events witnessed by any naked eye observer of Algol. These descriptions support claims that CC is the oldest preserved historical document of the discovery of a variable star. The period of the Moon, 29.6 days, has also been discovered in the ancient document.

Unlike many previous attempts to uncover the reasoning behind the myths of individual days, we discover the actual rules in the appearance and behaviour of deities during the whole year. (source)

Thousands of years after the Egyptians discovered and used this star system, mainstream scientists began to study it. In 1881, Edward Charles Pickering suggested that it was a binary system, and years later Joel Stebbins, using a photometer and measuring the spectrum of light, conjectured that the star system in the Perseus constellation had a third star.

Analysis of The Cairo Papyrus 86637 revealed that the Periods of Algol (2.85 days) and the Moon (29.6 days) actively regulated the actions of deities in this ancient calendar.

However, not only doest this mean the ancient Egyptians were the first to record this star system, the study also confirms that the brightest phases of Algol and the Moon had particularly positive meanings for the Ancient Egyptians.