Apollo 11 technical debriefing transcript: Proof of Aliens on the...

Apollo 11 was one of the most important (if not the most important) missions by NASA. Apollo 11 landed the first humans on Earth’s natural satellite as American Astronauts Neil Armstrong and Buzz Aldrin set foot on the Moon on July 20, 1969, at 20:18 UTC. Armstrong spent around two and a half hours outside NASA’s spacecraft exploring. The entire mission lasted 8 days, 3 hours, 18 minutes, 35 seconds. Here below we have a very interesting transcript of the technical debriefing of the mission.

Apollo 11 technical debriefing transcript: Proof of Aliens on the Moon?

Aldrin: The first unusual thing that we saw I guess was one day out or something pretty close to the moon. It had a sizeable dimension to it, so we put the monocular on it.

Collins: How’d we see this thing? Did we just look out the window and there it was.

Aldrin: Yes, and we weren’t sure but what it might be the S-IVB. We called the ground and were told the S-IVB was 6,000 miles away. We had a problem with the high gain about this time, didn’t we ?

Collins: There was something. We felt a bump or maybe I just imagined it.

Armstrong: He was wondering whether the MESA had come off.

Collins: I don’t guess we felt anything.

Aldrin: Of course, we were seeing all sorts of little objects going by at the various dumps and then we happened to see this one brighter object going by. We couldn’t think of anything else it could be other than the S-IVB. We looked at it through the monocular and it seemed to have a bit of an L shape to it.

Aldrin: We were in PTC at the time so each of us had a chance to take a look at this and it certainly seemed to be within our vicinity and of a very sizeable dimension.

Aldrin: So then I got down in the LEB and started looking for it in the optics. We were grossly misled because with the sextant off focus what we saw appeared to be a cylinder.

Collins: No, it looked like a hollow cylinder to me. It didn’t look like two connected rings. You could see this thing tumbling and, when it came around end-on, you could look right down in it’s guts. It was a hollow cylinder. But then you could change the focus on the sextant and it would be replaced by this open book shape. It was really weird.

Aldrin: I guess there’s not too much more to say about it other than it wasn’t a cylinder.

Collins: It was during the period when we thought it was a cylinder that we inquired about the S-IVB and we’d almost convinced ourselves that’s what it had to be. But we don’t have any more conclusions than that really. The fact that we didn’t see it much past this one period — we really don’t have a conclusion as to what it might have been, how big it was, or how far away it was. It was something that wasn’t part of the urine dump, we’re pretty sure of that. 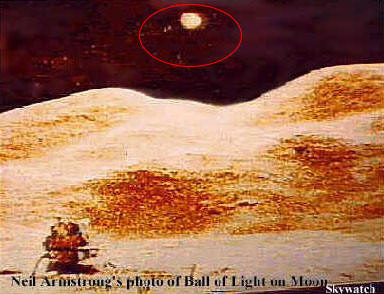