Check out the best scientific photographs of 2017 according to...

Here we have a collection of images that have been voted as the best scientific photographs of 2017. They are absolutely stunning.

The Royal Society, the oldest scientific community in the United Kingdom and one of the oldest in Europe, has chosen the following 15 images from over 1100 proposals as the best scientific images of 2017. 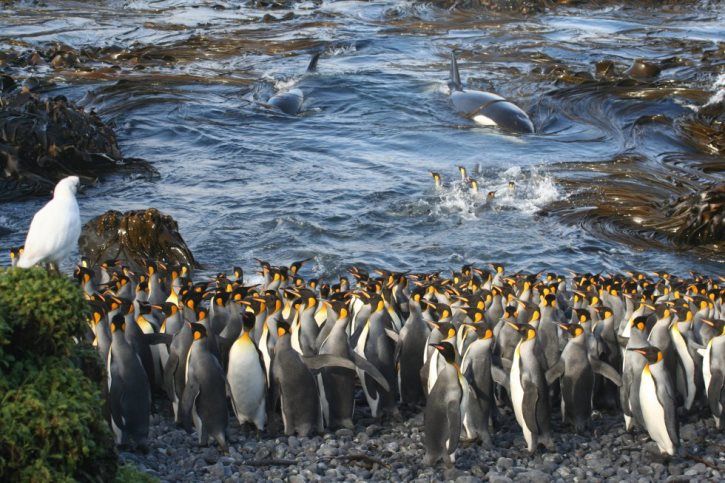 Two whales enter a small bay on Marion Island, in the Indian Ocean. This takes by surprise a small group of king penguins that were in the water. This photograph by Nico de Bruyn was awarded the best place in the Ecology and Environmental Sciences category. 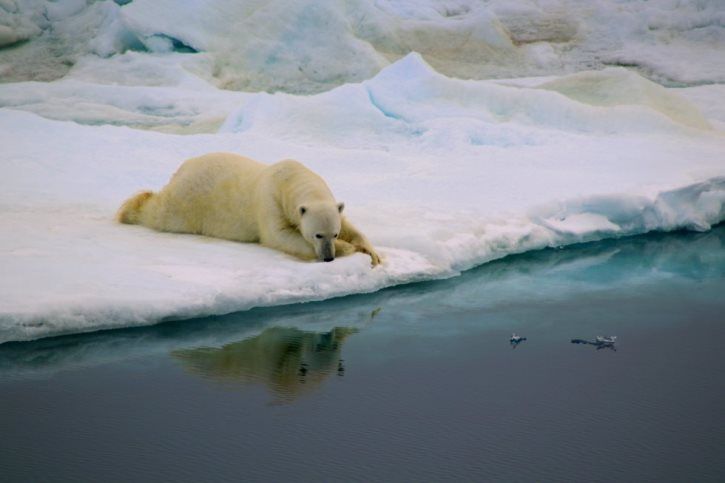 Antonia Doncila took this picture while crossing the Fram Strait, which connects the Arctic Ocean and the Greenland Sea. “On the trip we saw polar bears swimming in an ocean without ice on which to rest their heavy bodies,” she explains. In this photograph, winner in the category Behavior, one bear finds a portion of ice and takes a well-deserved break. 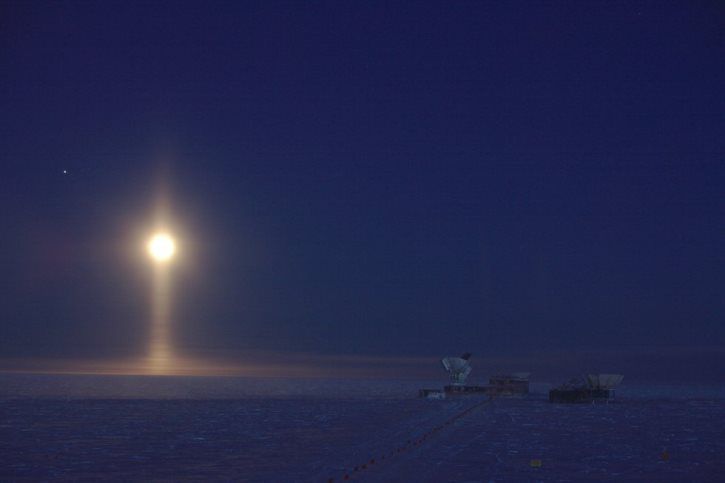 No, it’s not Nibiru. In this image taken at the South Pole, the ice crystals suspended in the atmosphere create a strange optical phenomenon: a column of light under the Moon. Its author, Daniel Michalik, was the winner in the Astronomy category. 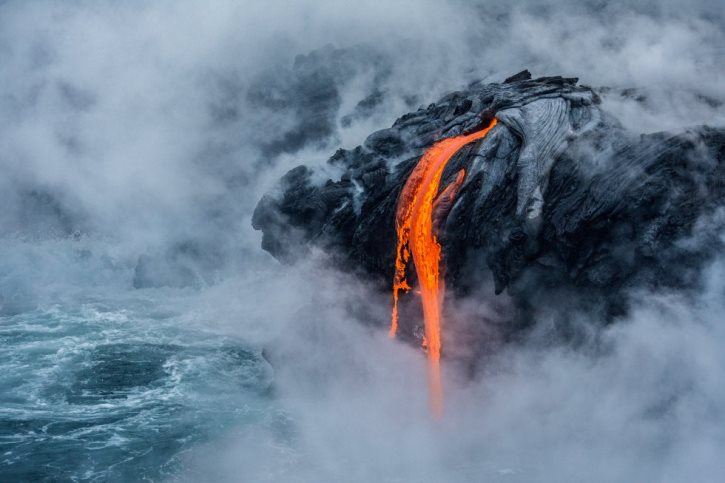 Kilauea volcano eruption in the Volcanoes National Park, Hawaii. This photograph by Sabrina Koehler received an honorable mention in the category Earth Sciences and climatology. 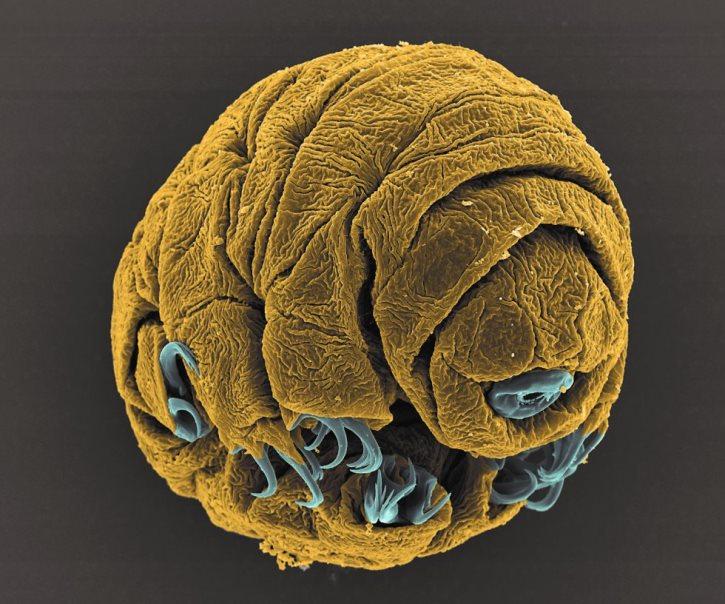 This image taken by Vladimir Gross with a microscope shows a 50-hour-old embryo of the Hypsibius dujardini species, this image was a finalist in the Micro-Image category. 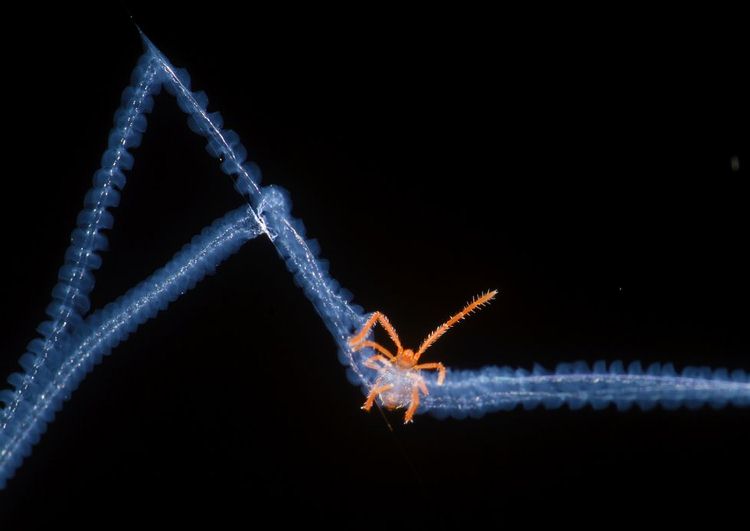 Austrochilus spiders build cobwebs with bluish tones in Chilean forests. In this photograph of Bernardo Segura, who received an honorable mention in the Microimage category, a specimen weaves one in which a mite is trapped. 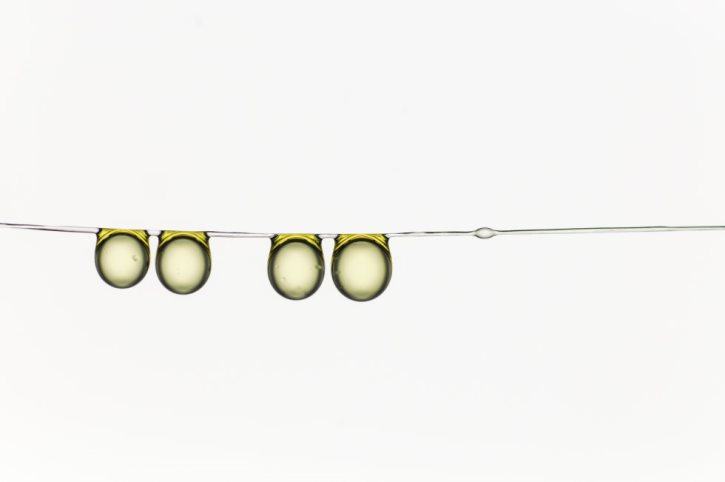 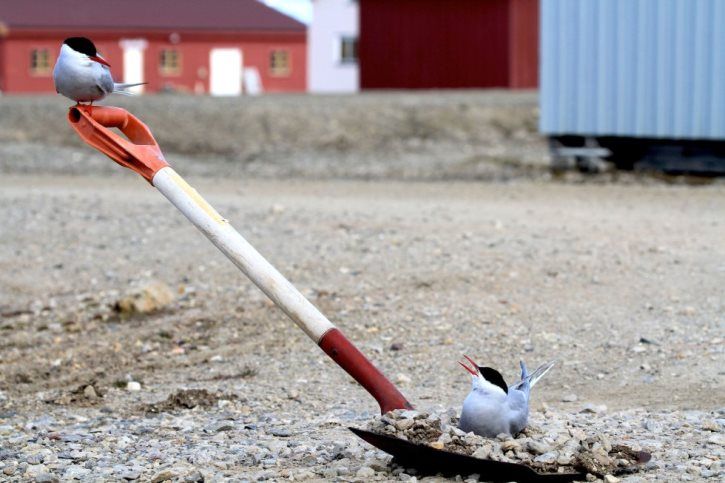 This photograph shows a couple of Arctic Tern species in the Svalbard archipelago, located in the Arctic Ocean. David Costantini’s photo was a finalist in the Behavior category. 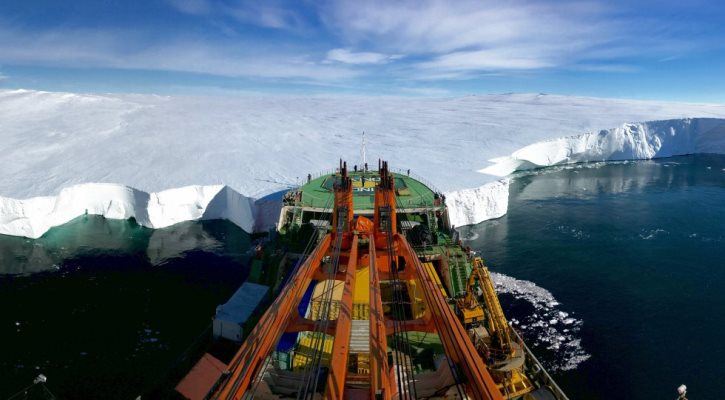 Russian research vessel Akademik Tryoshnikov approaches the Mertz glacier in East Antarctica. The photograph of Giuseppe Suaria, a finalist in the Earth Sciences and Climatology category, was taken just before sending an underwater vehicle operated remotely under the ice to investigate the melting of the glacier layer. 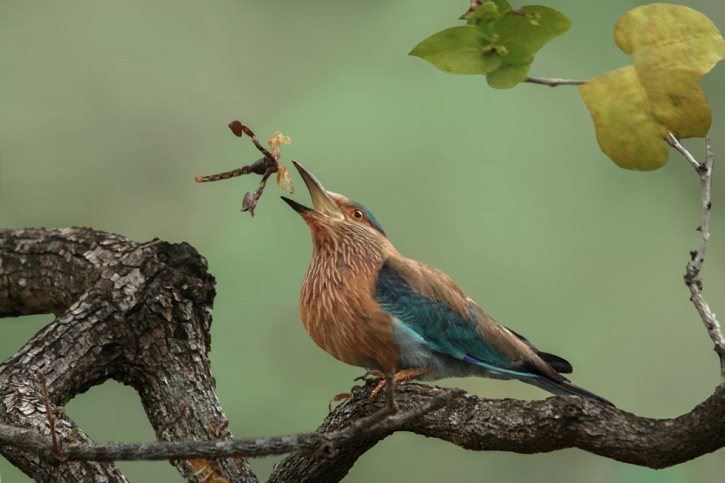 Indian roller playing with its kill. The photograph of Susmita Datta, received an honorable mention in the Behavior category, the image was taken in the Tadoba National Park in India.

Reaching for the stars 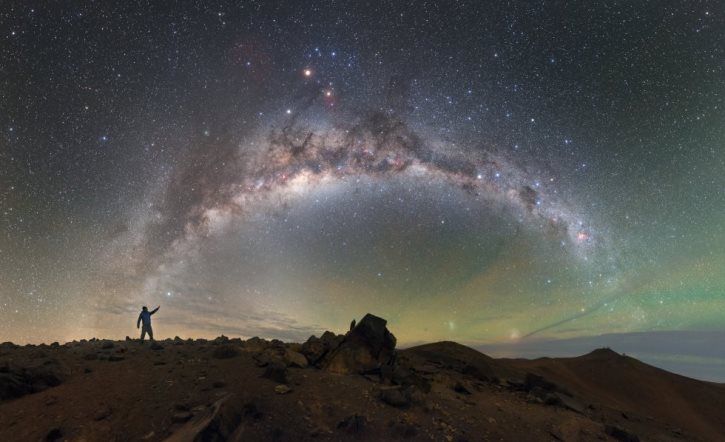 This image, which shows the sky over the Paranal Observatory of the European Southern Observatory (Chile), received an honorable mention in the Astronomy category. Its author, Petr Horálek, maintains that “The rocky, barren landscape below evokes an alien world, complementing the cosmic display above.” 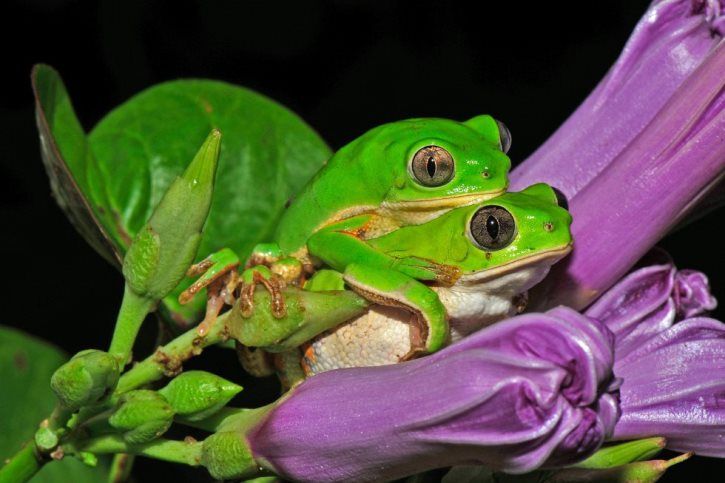 The phyllomedusa nodestina arboreal frog lives in the Brazilian semi-arid desert and to protect itself from drying it remains hidden at least eight months a year. This photo of Carlos Jared, in which a pair of frogs is seen, received an honorable mention in the category Ecology and environmental sciences. 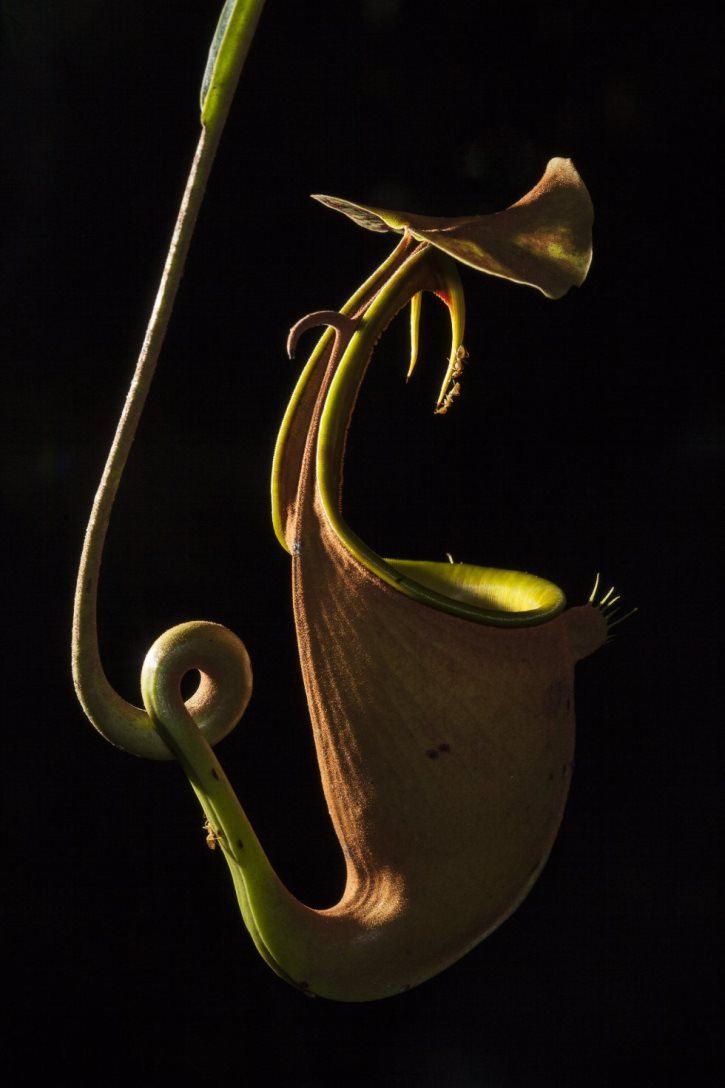 Carnivorous plants obtain their nutrients from insects they trap and digest.

The species in this image, the Nepenthes bicalcarata, secretes a sweet nectar and has fang-like structures that are very slippery for most insects.

However, there is a specific ant, called the Camponotus schmitzii, which goes through the fangs without any difficulty to steal some nectar, as shown in this photograph by Thomas Endlein. The image was a finalist in the category Ecology and environmental sciences.

This photograph, finalist in the Astronomy category, shows the great American eclipse of 2017 that crossed the north of Georgia. Its author is Wei-Feng Xue. 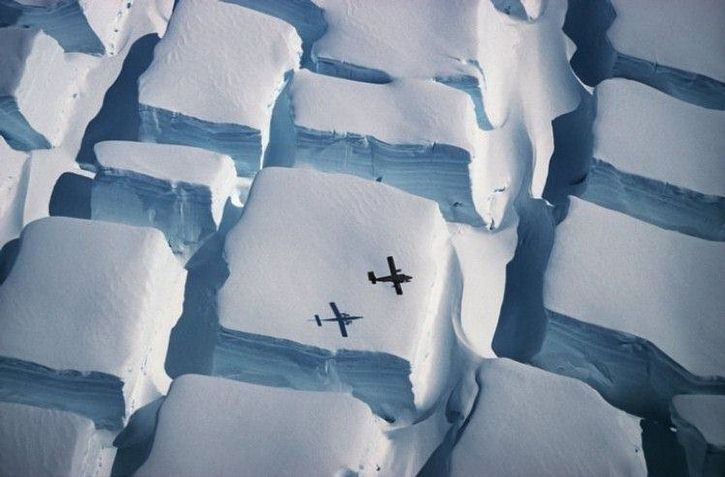 This image was ironically taken in 1995 during a flight over the southern Antarctic Peninsula, and has recently been scanned by the BAS (British Antarctic Research).

The image shows unusual cracking when a layer of ice is stretched in two directions. With it, the photographer Peter Convey was crowned the general winner of the competition, in addition to obtaining the first prize in the category Earth Sciences and climatology.