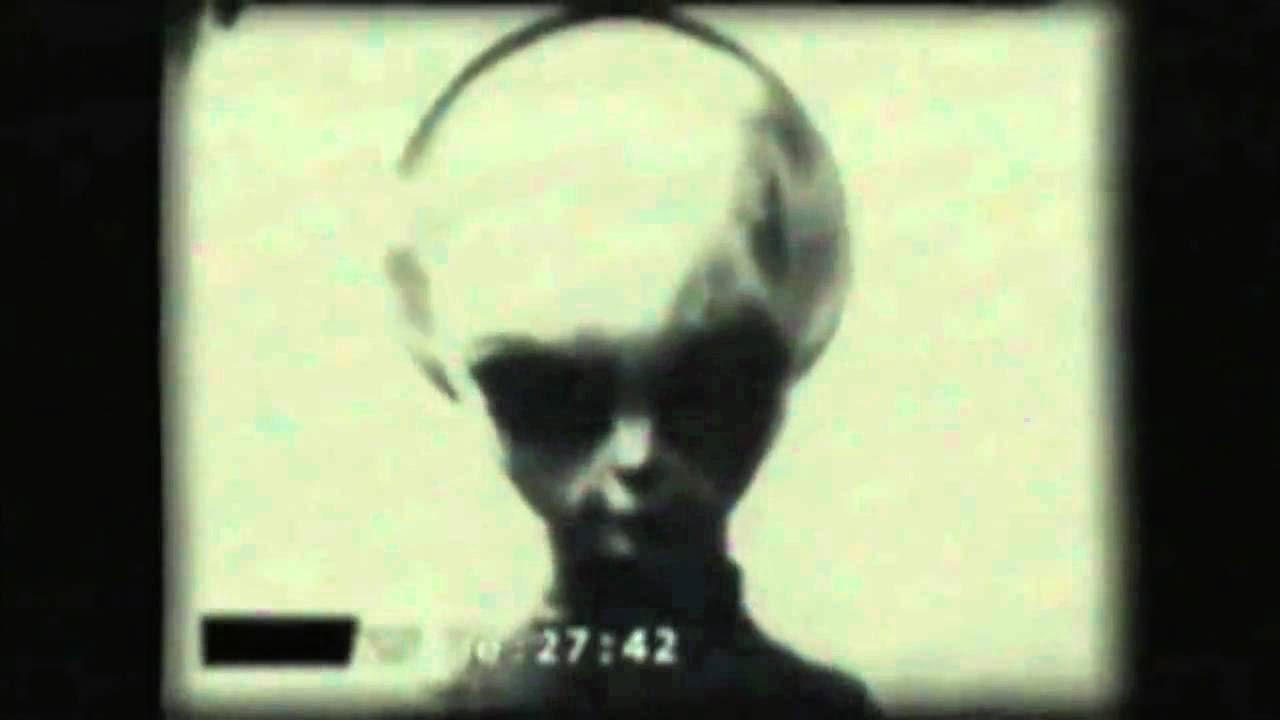 In 1947 an alleged alien ship crashed in the New Mexico desert. Witnesses reported not only the presence of the UFO but also several wounded and dead aliens. This video shows the full Roswell Alien interview.

Considered by many ufologists as the most important event in the history of UFOs, the Roswell case has caused rivers of ink to flow, as countless stories theories, lies and denials appeared over the years.

The Roswell crash has had a great weight in popular culture and is mentioned in numerous works of fiction, as well as documentaries

Officially speaking, it all started July 4, 1947, when several farmers in the town of Roswell, New Mexico, claimed to have heard a loud explosion in the night, completely different from a lightning and thunder strike.

The next day, Gerald Anderson, a five-year-old boy who was accompanied by his father, his brother, and a cousin walking in a deserted place called Plains of St. Augustine, noticed an object in a distance reflecting light.

Interestingly, in their book, A History of UFO Crashes, UFO researchers Don Schmitt and Kevin Randle say their research shows military radar had been tracking an unidentified flying object in the skies over southern New Mexico for four days. On the night of July 4, 1947, radar indicated the object had gone down about 30-40 miles northwest of Roswell.

According to ‘A History of UFO Crashes’, eyewitness William Woody, who lived east of Roswell said he remembered being outside of his house with his father the night of July 4, 1947, when he saw a brilliant object plunge to the ground. 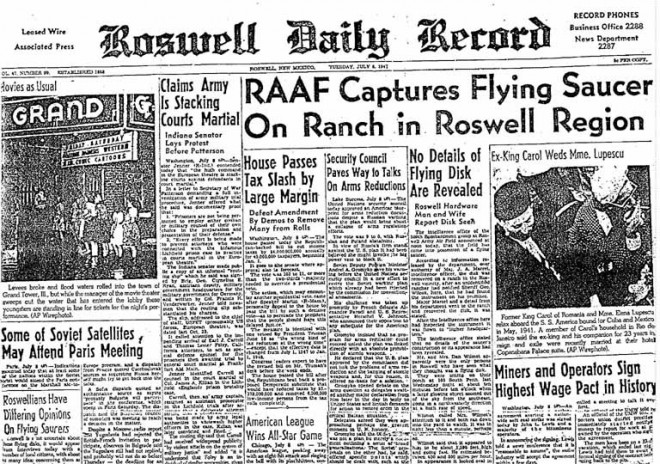 In the newspapers of July 8, the following headline is given: “RAAF Captures Flying Saucer on Ranch in Roswell Region” Commander Jesse Marcel was notified of the Army Air Base at Roswell, which personally went to the scene.

Wilcox called RAAF Major Jesse Marcel and a “man in plainclothes” accompanied Brazel back to the ranch where more pieces were picked up. “[We] spent a couple of hours Monday afternoon [July 7] looking for any more parts of the weather device”, said Marcel. “We found a few more patches of tinfoil and rubber.

“The many rumors regarding the flying disc became a reality yesterday when the intelligence office of the 509th Bomb group of the Eighth Air Force, Roswell Army Air Field, was fortunate enough to gain possession of a disc through the cooperation of one of the local ranchers and the sheriff’s office of Chaves County. The flying object landed on a ranch near Roswell sometime last week. Not having phone facilities, the rancher stored the disc until such time as he was able to contact the sheriff’s office, who in turn notified Maj. Jesse A. Marcel of the 509th Bomb Group Intelligence Office. Action was immediately taken and the disc was picked up at the rancher’s home. It was inspected at the Roswell Army Air Field and subsequently loaned by Major Marcel to higher headquarters.”

Not a saucer but a…weather balloon?

As described in the Jul, 9, 1947 edition of the Roswell Daily Record,

“The balloon which held it up, if that was how it worked, must have been 12 feet long, [Brazel] felt, measuring the distance by the size of the room in which he sat. The rubber was smoky gray in color and scattered over an area about 200 yards in diameter. When the debris was gathered up, the tinfoil, paper, tape, and sticks made a bundle about three feet long and 7 or 8 inches thick, while the rubber made a bundle about 18 or 20 inches long and about 8 inches thick. In all, he estimated, the entire lot would have weighed maybe five pounds. There was no sign of any metal in the area which might have been used for an engine, and no sign of any propellers of any kind, although at least one paper fin had been glued onto some of the tinfoil. There were no words to be found anywhere on the instrument, although there were letters on some of the parts. Considerable Scotch tape and some tape with flowers printed upon it had been used in the construction. No strings or wires were to be found but there were some eyelets in the paper to indicate that some sort of attachment may have been used.”

What are your thoughts about the Roswell UFO crash? Fact or fiction?