China reveals its Mars rover set to launch in 2020

It seems that China has great ambitions for our solar system. Not only has China set out to explore the lunar surface like never before, but the China’s Space Agency has also recently revealed its Martian Rover that will explore the red planet in 2020.

Five years ago China’s first attempt to send a probe to Mars orbit failed when their first mission to Mars didn’t go as planned in 2011. 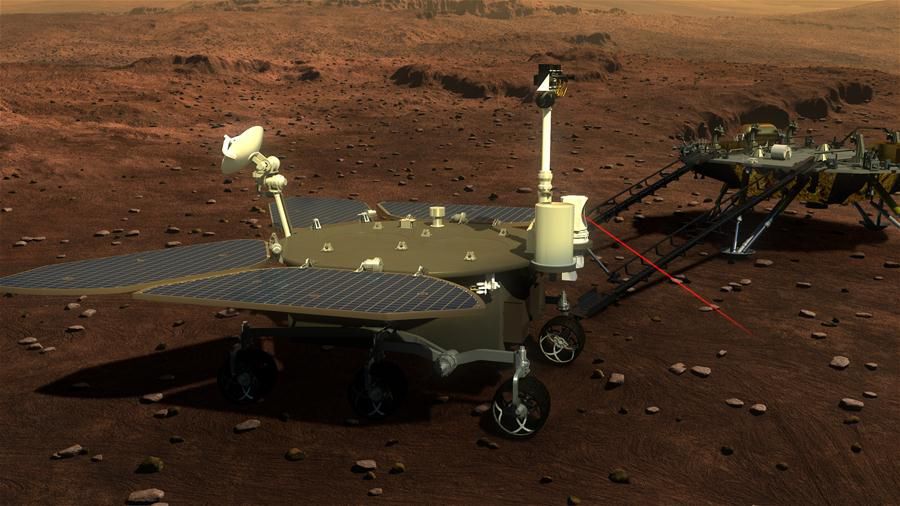 China has set it sights firmly on Mars and plans to send its first robotic rover to the surface of the red planet. Among other things, the rover is expected to search the planet for traces of water and ice.

NASA’s Curiosity, Opportunity and Spirit rovers will soon have company on the surface of the red planet as China plans to send a rover to Mars by 2020.

China’s butterfly like rover is expected to explore the red planet for a period of around 90 days in Mars’ northern hemisphere.

China’s rover is expected to be similar to the design of NASA’s Spirit and Opportunity rover.

The Chinese butterfly like lander si not expected to ‘meet’ with NASA’s Curiosity rover which is exploring Mars’ equator.

The recently published images provide a glimpse of what the Chinese rover could look like.

In recent years, the Chinese government has poured billions of dollars in their space program in an effort to catch up with the United States and European Space Agency.

According to reports from Xinhua news agency, Zhang Rongqiao, chief architect of the project, believes July or August are going to be the ideal months for the launch.

‘The challenges we face are unprecedented,’ the report quoted him as saying.

According to Ye Peijian, a mission consultant, a March-5 rocket will be made available from the Wenchang space launch centre in the southern island province of Hainan, reports Xinhua news.

The Chinese rover will separate from the orbiter near the end of the trip, which is believed to take around seven months. The lander will touchdown near the Martian equator where it will explore the planet.

According to initial reports, the 200-kilogram rover will include six wheels and four solar panels and is expected to operate for around three months on Mars.

The Chinese lander is expected to bring to Mars 13 sets of scientific equipment which include a remote sensing camera and ground penetrating radar to take a look at what’s located beneath the Martian surface.

The rover will also study the Martian soil, environment and inner structure of Mars which it will search for traces of water and ice.