Does This 3,000-Year-Old Statue Depict An Ancient Astronaut?

It is definitely one of the most enigmatic artifacts ever discovered by archaeologists. It was excavated in Turkey in 1973 in a town called Tushpa, modern-day Toprakkale.

In the distant past, Tushpa was the capital of the Kingdom of Urartu. The Urartian kingdom was the Iron Age Kingdom located near Lake Van in Armenia. The precious stone artifact made of soft yellowish-brown stone is estimated to be around 3,000 years old, although some researchers speculate that the object could be much older than what researchers now believe.

According to Zecharia Sitchin’s book The Earth Chronicles Expeditions:

“The object itself is a sculpted scale model of what, to modern eyes, looks like a cone-nosed space vehicle, 23 cm long, 9.5 cm high, and 8cm wide (about 5.7, 3.8, and 3.5 inches respectively). It is powered by a cluster of four exhaust engines in the back surrounding a larger exhaust engine. And in its center, the rocket ship has room for a sole pilot—a pilot [unfortunately headless] who is actually shown and included in the sculpture…”

The mysterious stone artifact is a key element in the Ancient Astronaut theory, and many people believe it is the ultimate physical proof that otherworldly beings came to Earth in the distant past. Is it possible that this mysterious, enigmatic and puzzling artifact is a representation of an object that appeared in the sky above the kingdom of Uratia?

In his book, Sitchin further describes the enigmatic rocket ship.

“He sits with his legs bent up toward his chest. He wears a ribbed pressure suit; it is a one-piece suit that completely hugs the body. Down the legs and at the feet, it becomes boot-like. It extends and fully covers the folded arms, becoming glove-like where the hands are. The ribbed and presumably flexible suit encloses the whole torso—up to the pilot’s neck…”

We can observe that the head of the pilot is clearly missing, a detail that raises, even more, question about the enigmatic object. What was the pilot like? Did the pilot resemble human beings? And what about the helmet? 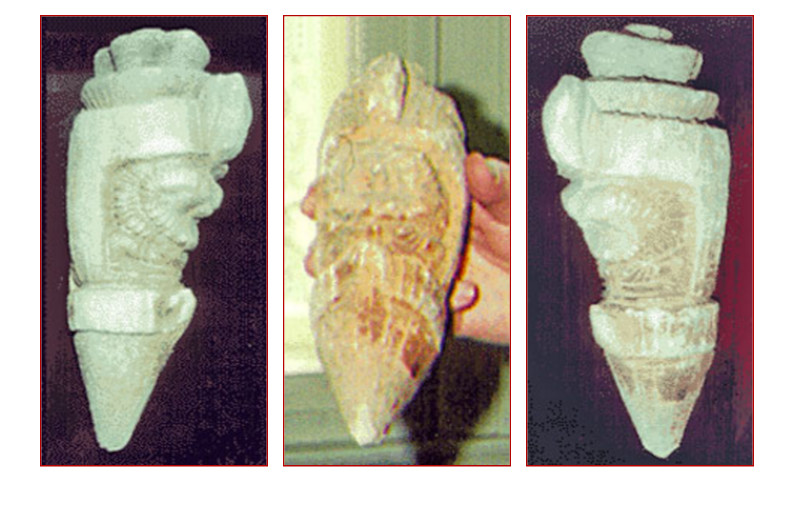 The story behind the location where the ‘rocket ship’ was unearthed is particularly interesting. The Great Kingdom of Urarta was located in the eastern region of Anatolia, close to the border of Iran. Interestingly, there, we can find the remains of the Temple of Khaldi, The Supreme sky god of the Urartian people. Is it possible that the rocket ship and its pilot are an actual representation of Khaldi? Khaldi or Hayk was, in fact, one of the three main deities of the Urartu people. It is particularly interesting that of all the Urartian Gods, the most inscriptions are in fact dedicated to Khaldi.

“a sculpted scale model of what, to modern eyes, looks like a cone-nosed rocket-ship… Powered by a cluster of four exhaust engines in the back surrounding a larger exhaust engine, the rocket-ship has room for a sole pilot—actually shown and included in the sculpture.”

But even more interesting is the Kingdom and its megalithic constructions. Urartu was a majestic kingdom in the past, and the remains of Toprakkale are clear evidence of cyclopean masonry, huge structures that were erected without the use of mortars.

It is clear that the ancient kingdom of Urartu is filled with enigmas, and the rocket ship excavated in the region remains as one of the greatest mysteries to archaeology, taking in count that the artifact isn’t a modern forgery which according to some researches is possible.

This 3000-year-old spaceship is stored in the Archaeological Museum of Istanbul but mysteriously, it is not being exhibited.