One of the most mysterious structures ever built by a mysterious group of builders can be found at Phoenix Hill, in the vicinity of the village of Shiyan Beicun on the Lan River in Longyou County, Quzhou prefecture, Zhejiang province, China.

All around the planet there are structures that defy explanation in every single way. The Longyou Caves are one of those structures and according to many, the ultimate evidence of ancient Anunnaki technology.

But what makes the Longyou Caves so important and extraordinary?

Throughout the years, many researchers have gazed upon the beauty and precision of the Longyou Caves and have concluded that the Longyou Grotto caves are magnificent and momentous and the result of sophisticated construction systems by builders UNKNOWN to history.

Furthermore, the precision present in the smallest details is indicative of superior craftsmanship which according to mainstream history should not have been possible thousands of years ago.

However, what is perhaps one of the most important facts when it comes down to the Longyou Caves is the fact that there are NO historical records that mention the mysterious underground complex. 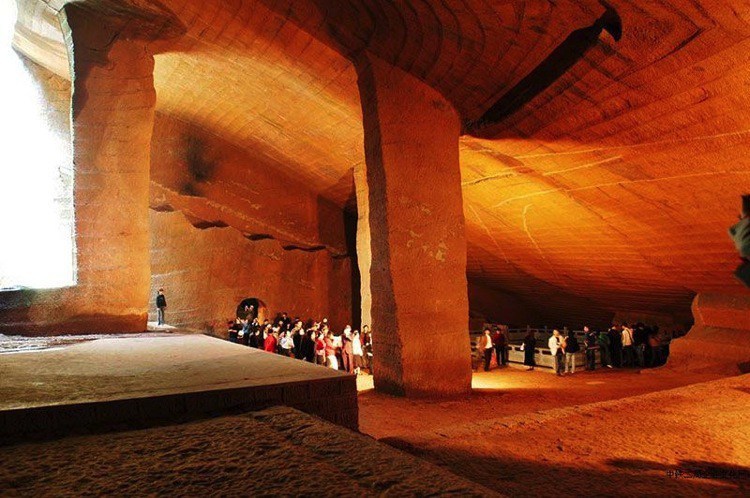 Given the fact that the Ancient Chinese were extremely meticulous record keepers, it remains a great mystery why there are no records of the gigantic underground complex anywhere.

In fact, the only thing researchers know is that the excavation of the entire complex would have been a supermassive project, as it would have involved the removal and movement of nearly 1,000,000 cubic meters of rock.

The obvious question ‘many experts are NOT asking’ is: Who had the technology and means to remove and transport nearly 1,000,000 cubic meters of rock, thousands of years ago? What kind of ancient technology was present at the time which allowed the ‘mystery builders’ to create such a fascinating construction?

The manpower and technology needed to create something like the Longyou Caves is unimaginable. Experts have calculated the average digging rate per day per person and come to the conclusion that it would have taken 1,000 people working day and night for SIX years to complete the entire project.

The Longyou Caves are MASSIVE, the average floor area of each cave is over a thousand square meters, with heights of up to 30 meters, and the total area covered is in excess of 30,000 square meters.

All of these questions point to the fact that the Longyou Caves may have been the result of ancient Anunnaki construction, who used an ancient –now lost— technology thousands of years ago that allowed them to achieve unimaginable things in the distant past.

We can only conclude that the Longyou Caves are a true ancient wonder built by a mysterious group of builders who somehow achieved the unimaginable thousands of years ago.