Erich Von Daniken concludes: Aliens will return to Earth within... 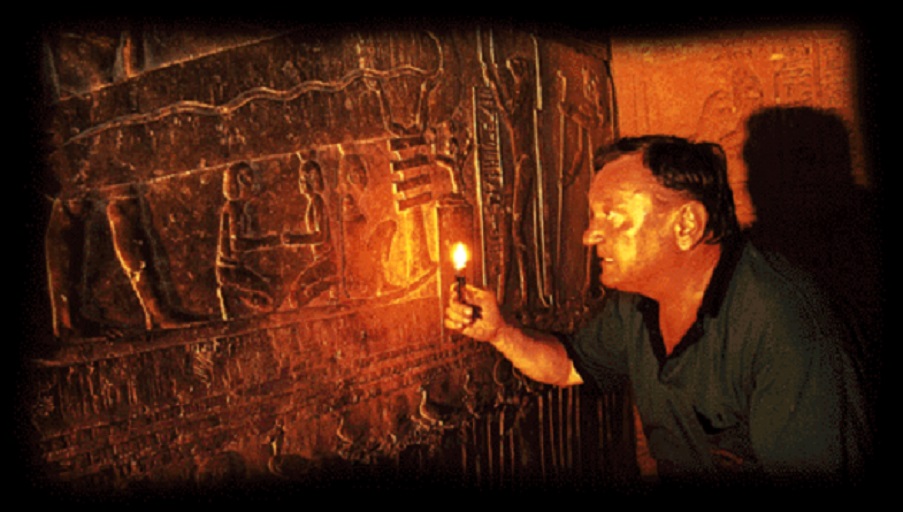 The author of one of the most popular books on the planet —Chariot of the Gods— indicates Aliens will return to Earth in the near future –20 years— since we are part of their DNA. The evidence of their return is present all around us, scattered across the globe in ancient texts, monuments, and civilizations.

During the ‘Erich Von Daniken Legacy Night’ which celebrates 50 years of one of his bestseller books, Erich used a number of images, video clips, computer animations and other crucial pieces of evidence in order to back up his claims that thousands of years ago, before written history, Earth was visited by beings, not from Earth. Now, he claims, our ‘makers’ will return since mankind is almost ready to finally meet them.

The E.T.’s know about us because we are part of their DNA. The Bible speaks of the daughters of men having intercourse with these visitors, and many worldwide myths and legends repeat the same story. These stories always say the E.T.s will return to us.

Erich Von Daniken claims that in the distant past, alien beings played an extremely important role in the development of modern civilization. According to the author, there are worldwide myths, legends and ancient texts that are clear indicators of the role ‘the Gods’ played in the development of mankind. All of these stories and tales repeat the same outcome: One day, aliens will return to Earth.

From a safe hiding-place the inhabitants of the planet watch our space travellers, who wear strange hats with rods on their heads (helmets with antennae); they are amazed when the night is made bright as day (searchlights); they are terrified when the strangers rise effortlessly into the air (rocket-belts); they bury their heads in the ground again when weird unknown ‘animals’ soar in the air, droning, buzzing and snorting (helicopters, all-purpose vehicles), and lastly they take flight to the safe refuge of their caves when a frightening boom and rumble resounds from the mountains (a trial explosion). Undoubtedly our astronauts must seem like almighty gods to these primitive people, says Erich von Daniken.

I believe that at the moment we are under observation. This is based on conversations with very intelligent people, who have been told officially that UFOs are reality, and we are being watched, added the author.

During the presentation, where Erich was presented with the Stella Citizen Award by Ancient Aliens TV regular Giorgio A. Tsoukalos, the author said that ancient texts like the Christian Bible, religious texts from India and other make reference to heaven which according to him is in fact nothing other than a reference to outer space. Von Daniken claims that the so-called angels where nothing other that Alien visitors who came from elsewhere in the cosmos.

Now, after thousands of years have passed since the visitors touched down on Earth for the first time, we are approaching the time where society is ready to ‘meet’ our alien cousins.

Furthermore, alien contact has become something that millions around the world are already expecting. Our scientific achievements, social acceptance derived from continuous “bombardment” by Hollywood movies and series on alien life in the universe has allowed us to be prepared–as a race— to finally meet Alien civilizations without causing social unrest.

Von Daniken’s work has been translated into over 32 languages.