The Bone Chilling Story Behind the Flying Dutchman Legend 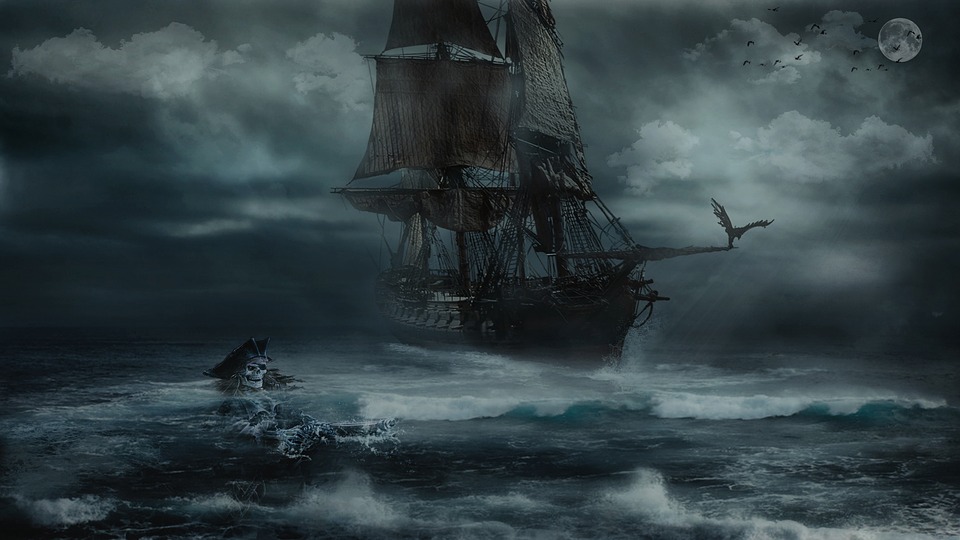 When it comes to nautical-based ghost stories, few are more famous or well known than the Flying Dutchman. Made even more popular by the long-running Nickelodeon cartoon SpongeBob SquarePants, the Flying Dutchman is a mysterious and horrifying apparition drifting endlessly along the seas just waiting to be observed by an unlucky sea-goer.

Deeply engrained in Dutch folklore and dozens of books and letters, the Flying Dutchman has earned a permanent place in the realm of unsettling stories of the sea.

All of these accounts beg the question of where did this story come from, and why are there so many firsthand sightings?

First, you will learn of the Flying Dutchman’s origin story.

The Origin of the Flying Dutchman

The ghostly ship known as the Flying Dutchman has had sightings dating back to the late 1700’s. Seen as a warning sign, the ghostly vessel had been captured by the eyes of countless witnesses for the next 250 years.

Those unlucky enough to catch of glimpse of the frightening ghost ship saw it as a call to turn around and head back home as to not end up like the unfortunate real-life captain of the craft.

According to legend, the captain of the ship then known as simply the Dutchman was an incredibly headstrong individual who was known for pressing his luck against whatever treacherous seas were presented to him.

The actual real-life captain of the mysterious ship was Hendrick van der Decken, a spice, silk, and dye purveyor who would travel from his native Amsterdam to the Far East Indies for merchandise. He would use a well-known midpoint resting stop known as the Cape of Good Hope.

He had traveled from Amsterdam to the Far East Indies and then back again to sell in the large marketplaces of Holland countless times. However, on one trip in 1641, van der Decken would never make it past the Cape of Good Hope just south of South Africa. The waters were particularly treacherous on this trek, and despite the urgings of his crew to turn the ship back around to get back home to Amsterdam, Hendrick was dead set on completing his mission to Southeast Asia for supplies.

Van der Decken was an extremely proud man to a fault. There are several accounts that he was mad and would stop at nothing to reach his goals. Even though all signs pointed to turning back home towards safety, Hendrick forced his crew to push through the storm, and the vessel would be lost forever to the seas.

The ship would be removed from its physical form permanently, but it wouldn’t be the last time the cursed vessel would be seen by countless eye witnesses. 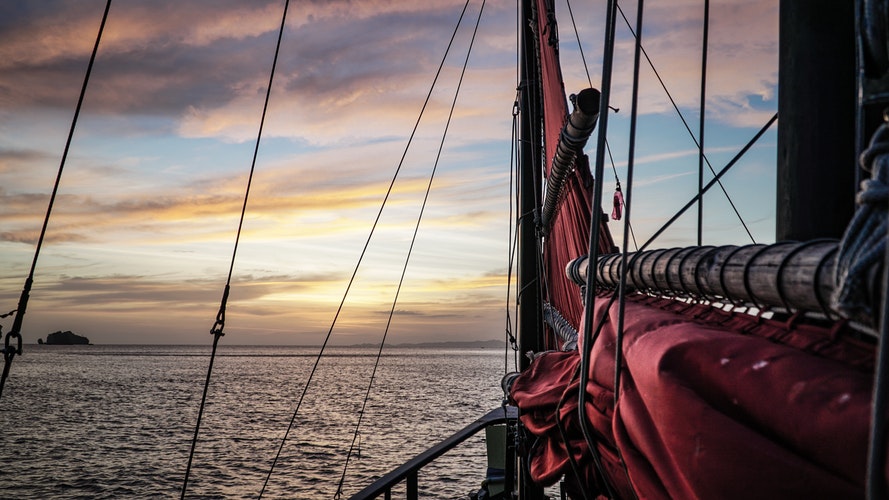 Writers, witnesses, and sea goers firmly believed that the ship known as the Flying Dutchman would be forever cursed as a penalty for disobeying the sea’s orders to turn back around.

Visions and sightings of the ghastly craft would come to be taken as a warning sign for all future ship captains to turn their ships around to avoid becoming members of the eternal crew of the Flying Dutchman.

The very first public account of the vessel that was previously believed to never be seen again, would take place in 1790.

Writer John McDonald would go on to reference this lost ship in his particularly long titled book, “Travels, in various part of Europe, Asia and Africa, during a series of thirty years and upward.”

“The weather was so stormy that the sailors said they saw the Flying Dutchman. The common story is that this Dutchman came to the Cape in distress of weather and wanted to get into harbour but could not get a pilot to conduct her and was lost and that ever since in very bad weather her vision appears.” McDonald wrote. 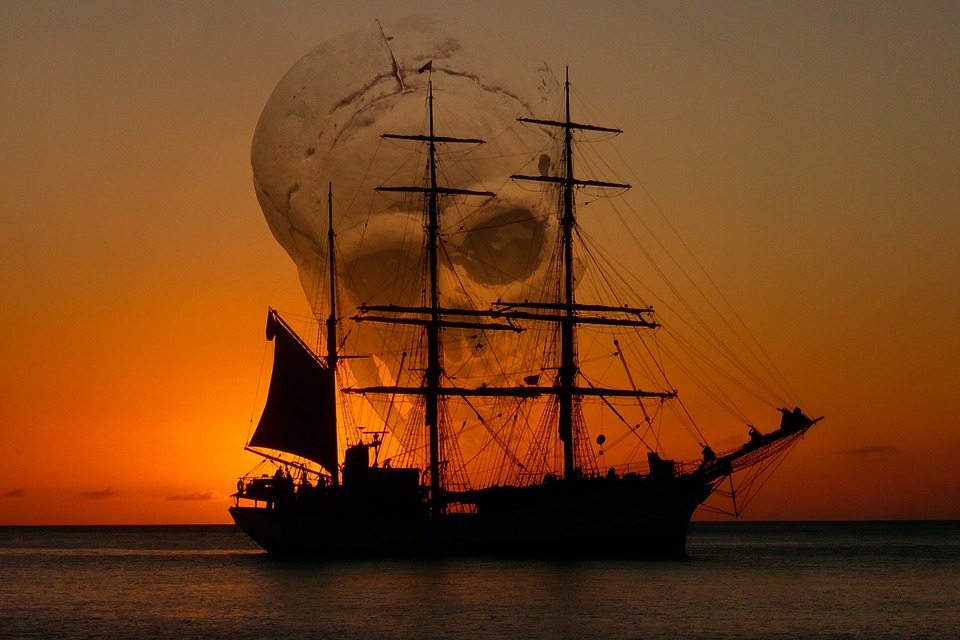 McDonald’s account would be the first of many public descriptions that would go on to increase in numbers throughout the years and would reach its most notable head in the form of the 1843 opera appropriately titled, “The Flying Dutchman.”

The highly successful opera would go on to burn this ghoulish image of an ethereal ship filled with a ghost crew and a captain that would be forever condemned to the seas in the minds of everyone that saw the piece.

With each and every written account thereafter, the legitimacy of the ship would only continue to grow.

In 1881, future king of the United Kingdom, George V, would be aboard a vessel with a crew member that saw the apparition right in the approximate location of where the Flying Dutchman was last seen. This witness would go on to fall to his death from atop the bird’s nest of the topmost. This entire event would spark belief in the future king who would go on to write his account of the ghost ship.

Sightings and accounts would go on to die down until World War II, when British, German, and American soldiers would begin to see the ship in the same location as the other sightings, fully bringing the lore back to life.

With so many notable accounts from countless individuals, the question asked by those who were skeptical was how something like this could be possible.

Ghosts can’t possibly exist in our world, so what was causing so many people to see the Flying Dutchman over a 250-year period?

The Most Logical Reason for the Flying Dutchman

The most common and reasonable explanation is based on a natural phenomenon known as Fata Morgana. This phenomenon is a type of mirage that is created by the bending of beams of light through varying levels of differing temperatures. Also known as a superior mirage, Fata Morgana can be seen when the air underneath the visible line of sight is much cooler than the warm air above it.

Any source of light that enters this perfect ingredient list for distortion will create an image. The Cape of Good Hope offers all of the ingredients necessary to create this other worldly image.

This image could have been seen as just about anything, but due to hundreds of years of accounts of a ghost ship at this exact location, anyone that would go on to see anything would immediately label it as the Flying Dutchman. Unfortunately, for those unlucky enough to see the spirit ship, the fact that the trading path is used by countless others is another big reason that people swear that they see the Flying Dutchman.

The light will bend around the curve of the Earth and illuminate ships that are actually over the horizon and out of the natural viewing range.

This projection effect will make a ghost ship appear, but by the time the sighting vessel makes it to the location of the appearance, the apparition disappears because it is no longer in optimal position to see a distorted image. The power of suggestion is an incredibly strong thing.

Coupling the natural phenomenon of bending light at the Cape with the history of the ghostly vessel made for a perfect storm of details leading to countless individuals truly believing that they indeed saw the Flying Dutchman.

Another very unfortunate phenomena that only heightens the levels of eeriness and occurs in areas like the Cape of Good Hope is known as looming. This separate refraction of light makes the object being observed appear as if it is floating in midair.

The projections established by Fata Morgana create the image that originates outside of the natural field of view, and the looming effect raises the projected image above the horizon line. This makes for a ghost ship that appears to be floating through the air.

Key Takeaways from the Flying Dutchman 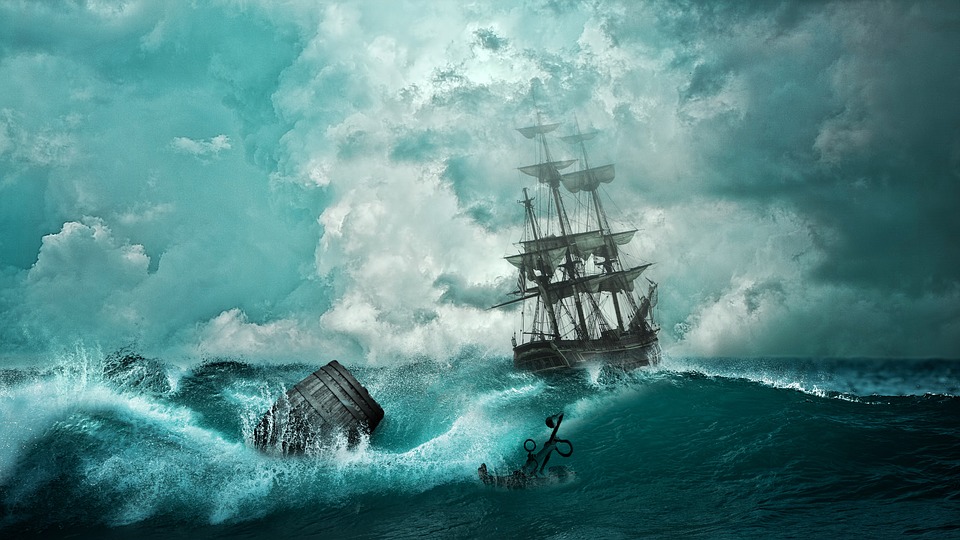 The Flying Dutchman is based on a real-life ship that was captained by a man that was dead set on reaching his goals. It was this determination that would prove to be his downfall in the end.

The power of suggestion established through hundreds of years of records coupled with the natural phenomena of Fata Morgana and looming created a perfect storm of pieces that when put together, show the mysterious puzzle that is the Flying Dutchman.