Here’s the real reason why NASA never returned to the...

Dr. Edgar Mitchell, one of the most famous Astronauts in the history of NASA, the man who participated in the Apollo 14 mission, and the sixth man to walk on the moon said that: “After traveling in space, I am fully confident that the aliens are watching us. I do not know how many, where and how they do it, but watching us; We see these ships at all times.” 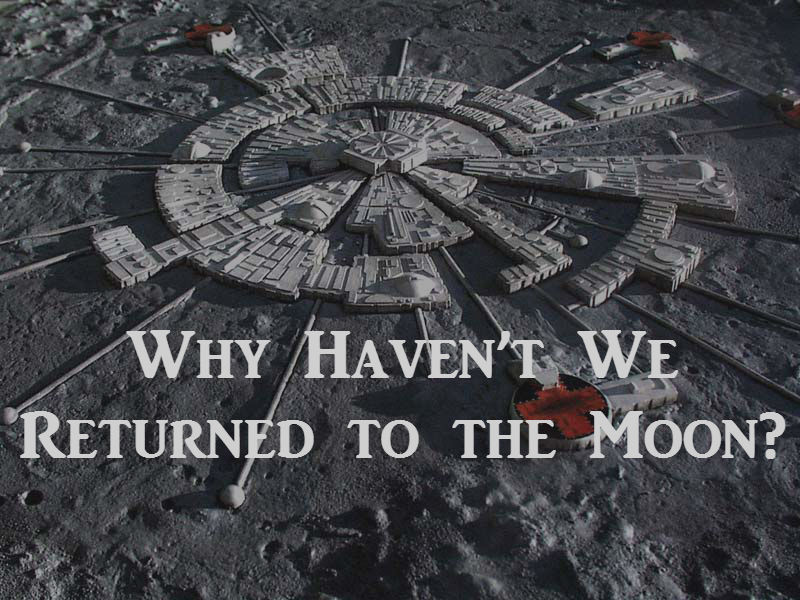 With all of the technology we have today which has made spaceflight simpler than ever, why do you think NASA or other space agency haven’t been to the moon in recent years?

If we had the technology to bring mankind to the moon in 1969, how come we haven’t returned to Earth’s natural satellite recently?

NASA and privately owned space companies are already planning mankind’s next step in space exploration –visiting Mars— but many people agree that instead of going to Mars, we should be traveling to the moon, establishing colonies and laboratories on the lunar surface.

So what is keeping us from going to the moon?

Is it just a lack of interest as many believe? Or is it possible there is a ‘hidden’ reason why we have not traveled to Earths moon recently?

Many people around the globe firmly believe that NASA is hiding many things from the general public. Millions are convinced that there are secret alien bases on the lunar surface and according to statements from highly ranked government officials and even astronauts, this story may be true.

What if there are alien bases on the moon and NASA and governments around the globe are hiding the truth from society?

Interestingly, Dr. Edgar Mitchell, one of the most famous Astronauts in the history of NASA, the man who participated in the Apollo 14 mission, and the sixth man to walk on the moon said that:

After traveling in space, I am fully confident that the aliens are watching us. I do not know how many, where and how they do it, but watching us; We see these ships at all times.

Wouldn’t you agree that Astronauts are the most qualified people to talk about Aliens, Alien bases, and UFOs?

Interestingly, Mitchell wasn’t the only one to speak about Aliens.

Edwin Eugene Aldrin, Jr., aka ‘Buzz’ Aldrin, former American astronaut and engineer also commented on the matter. Buzz Aldrin was the Lunar Module pilot of the Apollo 11 mission and was also one of the first humans to set foot on the moon –he was the second person to walk on the lunar surface.

On Apollo 11 in route to the Moon, I observed a light out the window that appeared to be moving alongside us. There were many explanations of what that could be, other than another spacecraft from another country or another world – it was either the rocket we had separated from, or the 4 panels that moved away when we extracted the lander from the rocket and we were nose to nose with the two spacecraft. So in the close vicinity, moving away, were 4 panels. And I feel absolutely convinced that we were looking at the sun reflected off of one of these panels. Which one? I don’t know. So technically, the definition could be “unidentified.”

We well understood exactly what that was. And when we returned, we debriefed and explained exactly what we had observed. And I felt that this had been distributed to the outside world, the outside audience, and apparently, it wasn’t, and so many years later, I had the time in an interview to disclose these observations, on another country’s television network. And the UFO people in the United States were very very angry with me, that I had not given them the information. It was not an alien. Extraordinary observations require extraordinary evidence. That’s what Carl Sagan said. There may be aliens in our Milky Way galaxy, and there are billions of other galaxies. The probability is almost CERTAIN that there is life somewhere in space. It was not that remarkable, that special, that unusual, that life here on earth evolved gradually, slowly, to where we are today. But the distances involved in where some evidence of life may be, they may be hundreds of light years away.