“…He asserted the existence of life on other planets, caveating this by noting that we should focus on solving our problems on Earth. End Summary…”

A cable released by Wikileaks seems to have confirmed what millions of people around the globe believe for decades: we are not the only “intelligent” lifeforms in the universe.

WikiLeaks is an international non-profit media organization, which publishes anonymous reports and leaked documents with sensitive content of public interest on its website, preserving the anonymity of its sources. 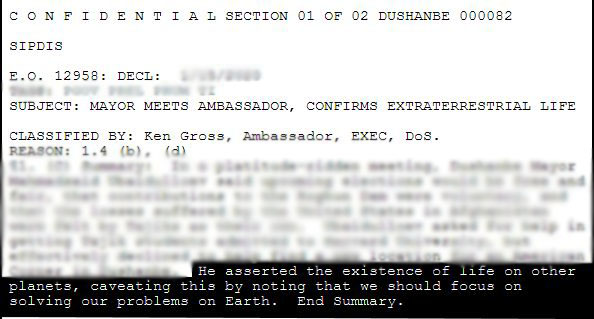 Since then its database has grown steadily to accumulate 1.2 million documents.

Its creator is Julian Assange and is managed by The Sunshine Press.

The website itself is a treasure-trove of ‘secret’ or better said sensitive information, and unsurprisingly, among the 1.2 million leaked documents posted on Wikileaks, we find a couple for them that directly speak about extraterrestrial life.

A document titled: “MAYOR MEETS AMBASSADOR, CONFIRMS EXTRATERRESTRIAL LIFE” seems to confirm what many of us have known for decades, there is life on other planets in the universe. 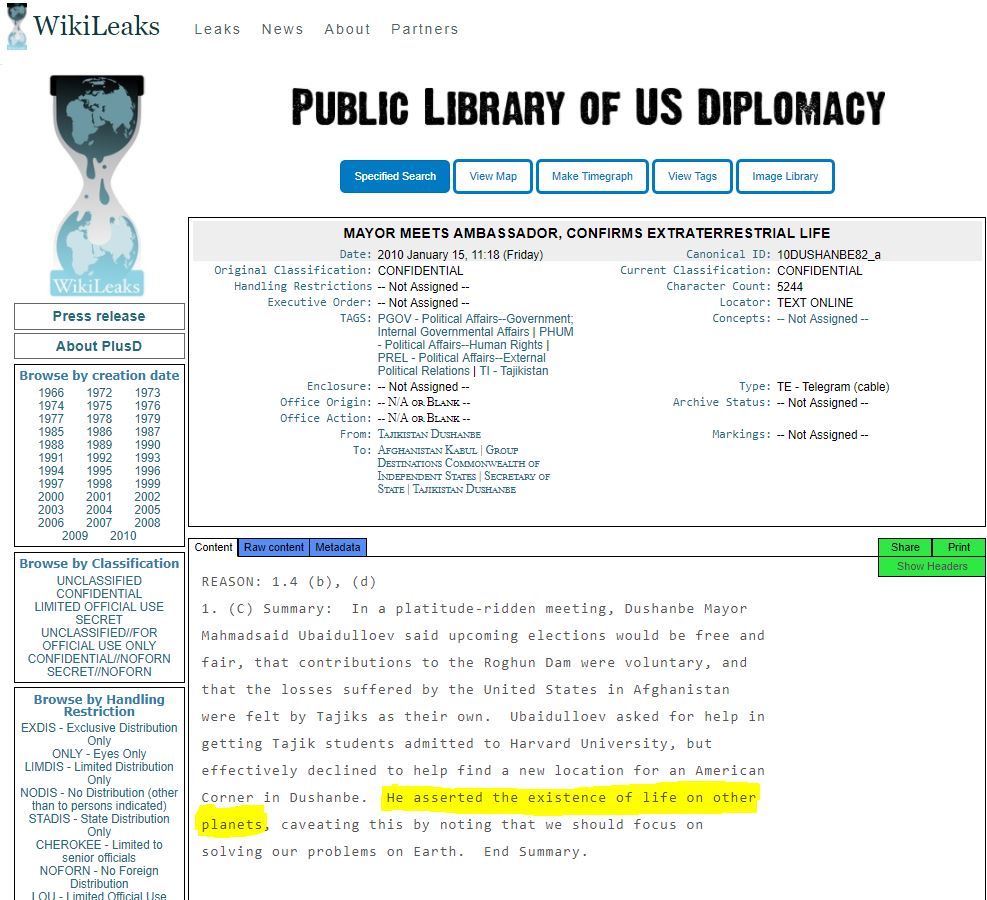 The leaked document was posted in January of 2010 and was originally classified as ‘Confidential’ according to Wikileaks.