Mind-bending video shows what Earth really looks like from space

Did you know that thousands of years ago, before we thought that we lived on a flat plate-like Earth, where one could fall off of the edge, people believed the Earth was sphere-shaped? Even though there are countless images of our planet, and numerous videos which have been recorded from space, there are still some who argue the Earth is in fact flat.

Many people around the globe still CONTINUE to debate whether or not our planet is Flat. According to many, there is a supermassive, highly sophisticated conspiracy going on which has been put in place from preventing us from finding out that Earth is flat.

In fact, those who believe the Earth is flat are convinced that most videos from NASA are in fact, the product of CGI and that there aren’t any videos that show the exact shape of the Earth.

But not everyone is convinced that our planet is round. In fact, there are some who are convinced that the images we get from NASA are nothing more than intricately photoshopped images of Earth. This puts the ‘flat Earth theory’ as one of the greatest conspiracy theories in the history of our planet.

According to those who believe the Earth is flat, a disc with the Arctic Circle in the center with a wall of ice of 150 meters around the edge in Antarctica. Day and night are explained as the sun, and the moon is spheres measuring 51 kilometers and moving in a circular motion 4989 above the plane of the flat Earth. Like spotlights, these celestial spheres illuminate different parts of the planet in a cycle of 24 hours. In the flat earth, there is also an invisible “anti-Moon” that obscures the moon during lunar eclipses. 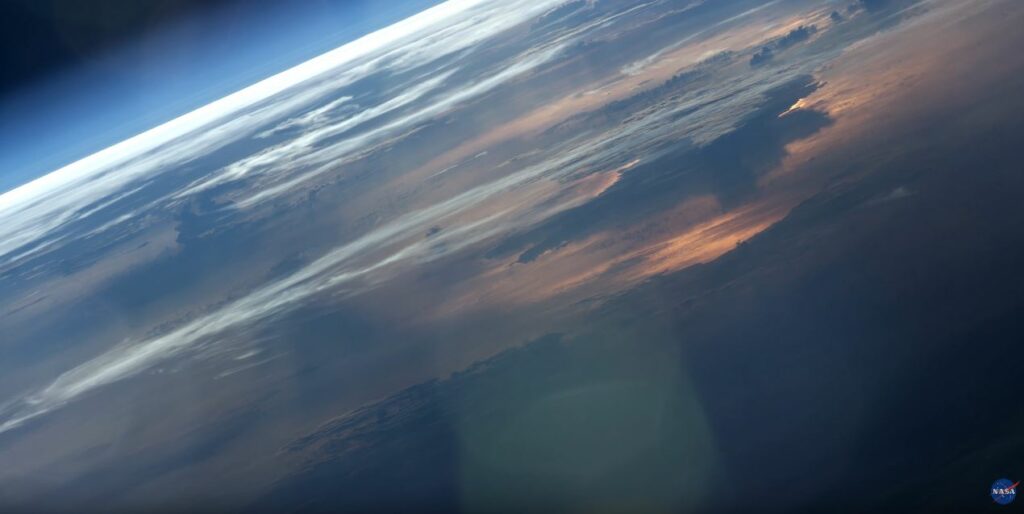 However, as more images and video emerge from space, the theory is having a rough time keeping up with the evidence.

This video, recently filmed aboard the international space station –which orbits our planet at the height of around 400 kilometers— shows us just how lucky we all are to live on Earth.

The first time you see Planet Earth from space, it’s stunning; when you’ve spent 534 days in space—more than any other American—it still is! On his most recent trip the International Space Station NASA astronaut Jeff Williams used an Ultra High Definition video camera that he pointed at the planet 250 miles below; here he shares some of those images, and talks about the beauty of the planet, the variety of things to see, and the value of sharing that perspective with everyone who can’t go to orbit in person.