The mystery behind the ancient Tibetan Carved Skull 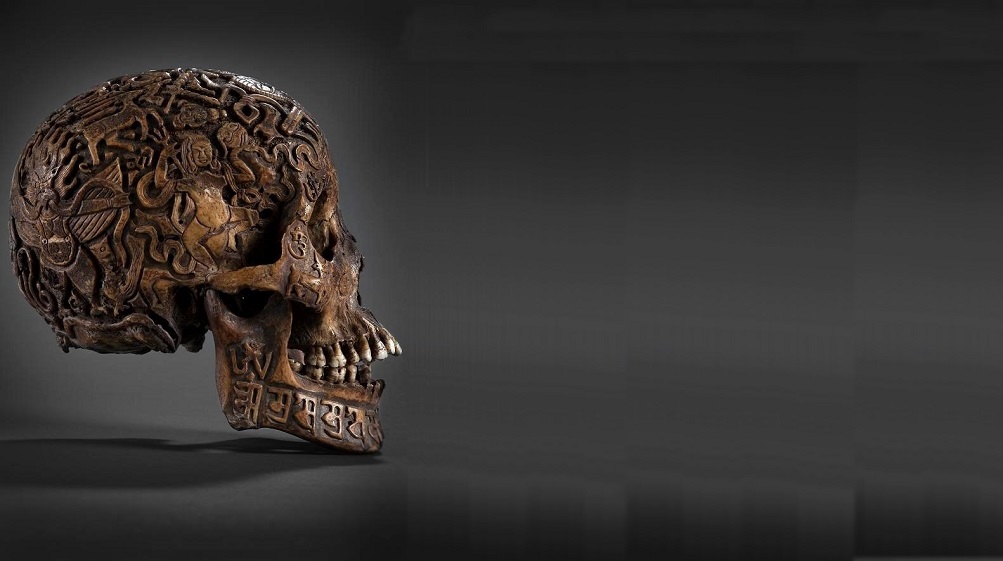 There are some truly fascinating things on our planet. The Tibetan Carved Skull is one of those fascinating items with a mind-boggling story that offers insight into ancient cultures and traditions hundreds of years ago. In addition to several symbols which are believed to depict ancient Deities, a mysterious ancient script is engraved onto the skull.

The mysterious skull was discovered by chance in an antique shop in Vienna Austria. After being analyzed and studied by several experts and organizations, the skull has created a fascinating debate as nobody seemed to have heard of a skull like this one.

It is known that skull caps are widely known to be carved in Tibet, Nepal and India, however, complete human skull engravings are not so widely practiced.

The only person that seems to know more about it is a Tibetan Khenpo –Monk professor— who states that similar skulls were carved in ancient times in order to take ‘curse’ off of a family, or to guide the soul of a mislead human onto the right path.

Apparently, further information regarding the skull and such practices are very limited.

The fascinating skull was sold at an auction house by a man who claims to have obtained it from one of his ancestors who was a doctor in Vienna, Austria.

The doctor –which travel abroad— is said to have practiced medicine at a Buddhist monastery where he received the skull as a reward for his service.

From what experts have been able to distinguish there are TWEO dancing skeletons depicted on the forehead which are believed to symbolize Dharma protectors, Buddha’s teaching guardians.

In addition to the dancing skeletons, the mystery skull features a bird-like creature on the side which is believed to represent Garuda, protector and He who conquers Nagas –aka demons— that dare to challenge.

According to experts, the left side of the enigmatic skull depicts Vajra Pani, a wrathful loving protector. The top of the skull has a carved Double Vajra Cross which represents the Buddha Family.

The intricate skull also has a symbol of four goat-heads emerging from a three-step platform on the left side of it.

In addition to the different depictions on the skull, there are also carvings in an ancient writing system believed to be called “lant’sa.”

However, according to asianart.com the letters on the Jaw are most likely Devanagari script which read: Om, Ma, Sa, Ma, Ta, Sa, Om, Da, Ma, Ta.

If you have more information about this strange skull please let us know! 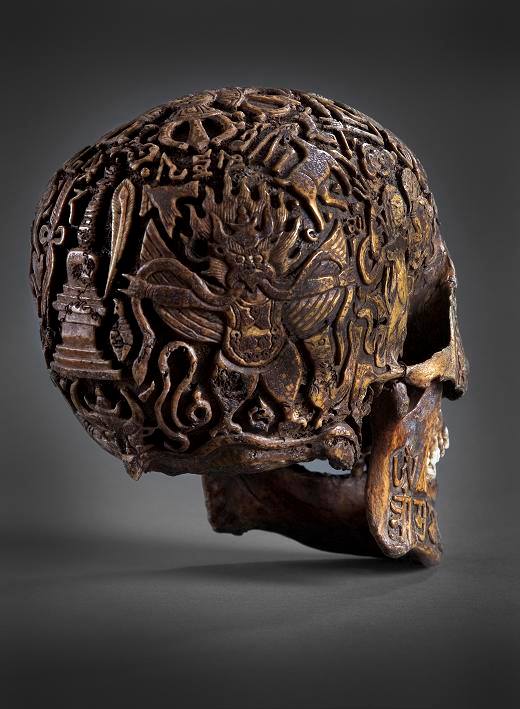 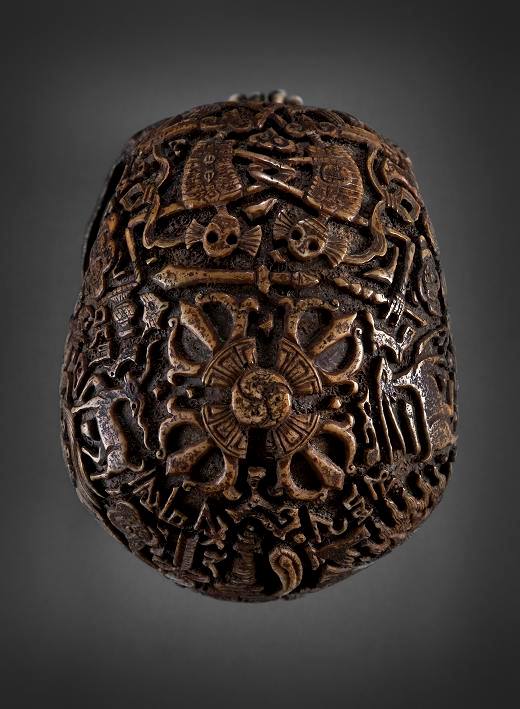 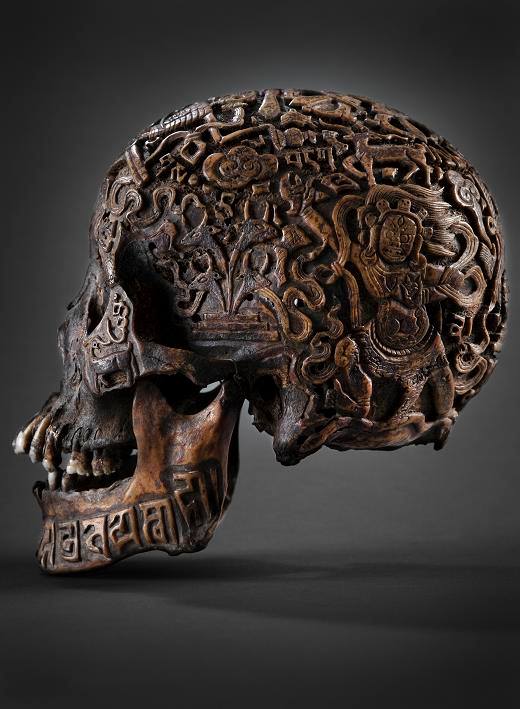 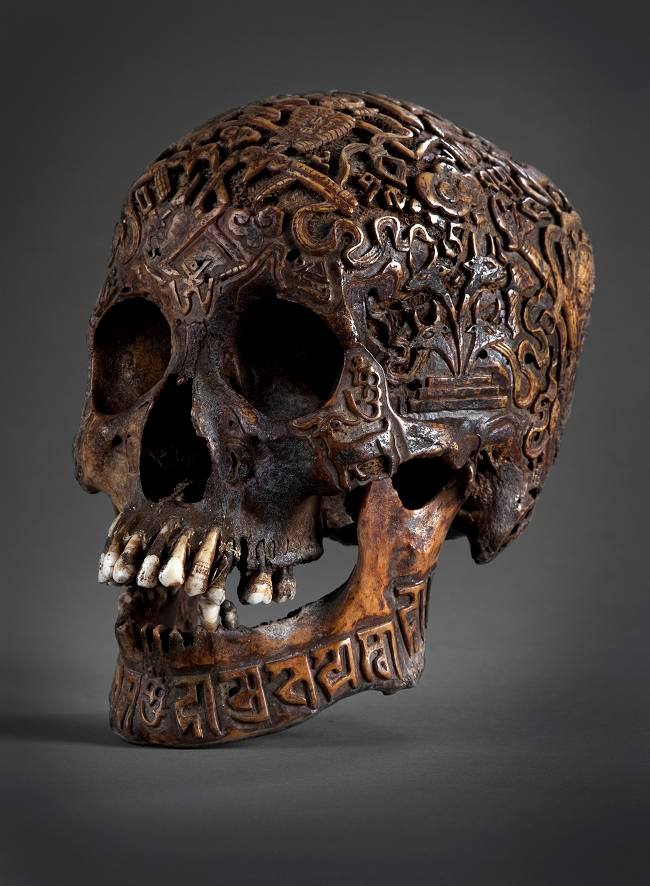 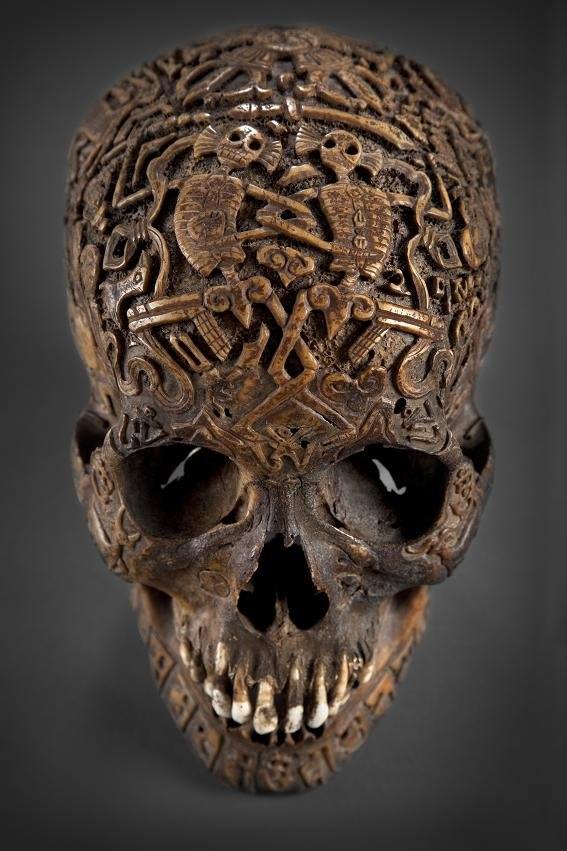 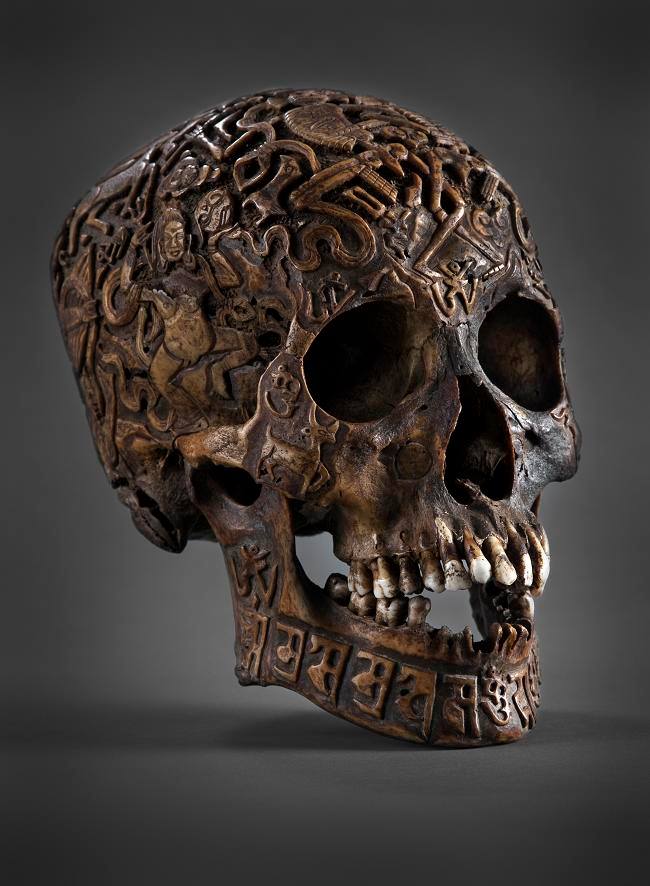 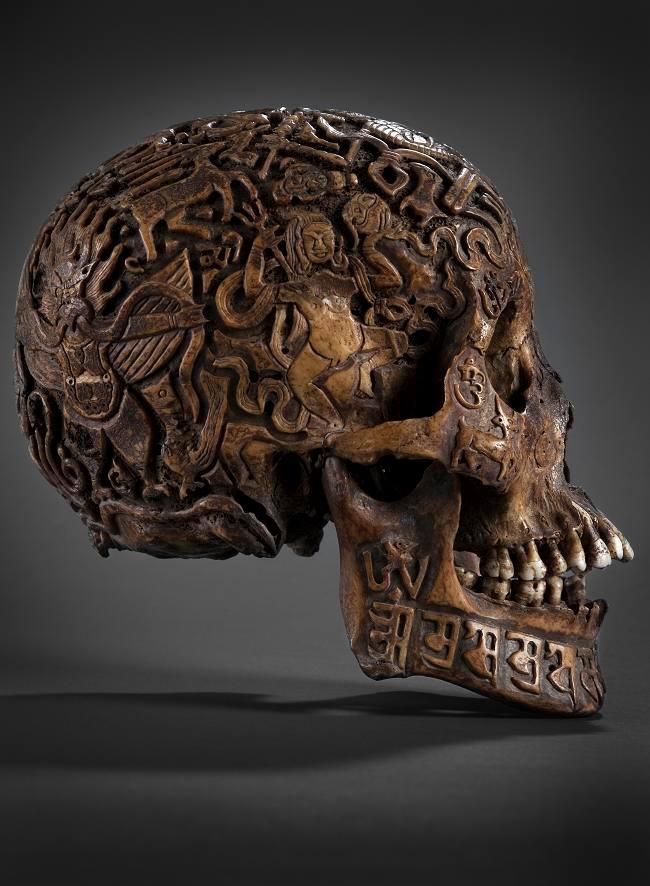