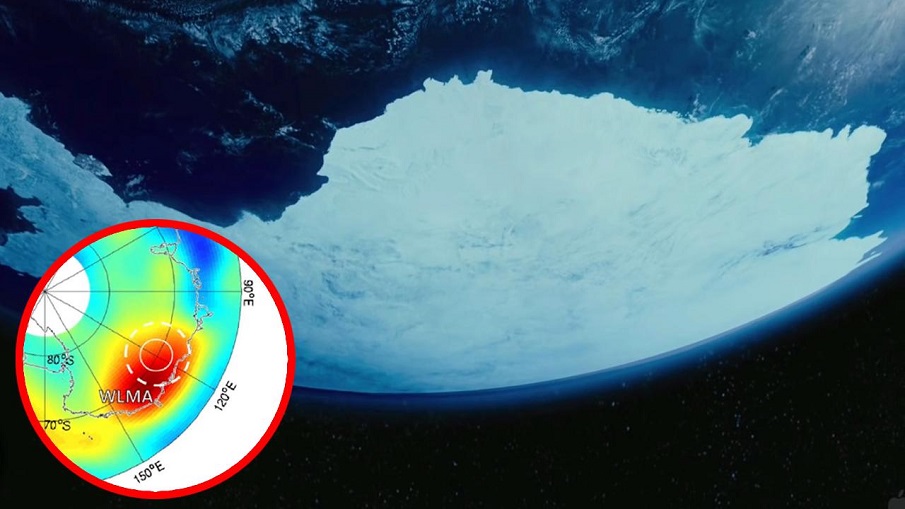 A bizarre anomaly of around 250 km has been found in Antarctica thanks to satellite images provided by NASA.

A bizarre, new theory claims that a mysterious anomaly discovered beneath the ice in Antarctica may be a sort of secret base.

UFO hunters are convinced that not only did the Nazi’s built secret bases on the north and south pole but that there are several bases on Antarctica that were used not only by humans but by otherworldly visitors as well.

The massive Antarctica anomaly encompasses a distance of nearly 250 kilometers across and reaches a maximum depth of 850 meters below the surface.

The anomaly was discovered in an area known as Wilkes Land on Antarctica.

Speaking about the discovery, Secureteam10 says: ‘To this day, scientists have no idea or way to discover exactly what is buried deep under this thick ice shelf. This continent has been shrouded in a mystery of its own for years now.’

‘There is some evidence of this coming to light in recent years, with images purporting to show various entrances built into the side of mountains, with a saucer shape and at a very high altitude. This begs the question: how would you enter these entrances without something that could fly and was the same shape as the hole itself?’

You only need one such discovery, and a conspiracy is at hand.

Furthermore, it is believed that the US Navy led a mission to investigate such anomaly.

The recon mission was dubbed ‘Operation Highjump.’ Operation Highjump included a staggering 13 ships, aircraft escort, aircraft carrier, a submarine, two destroyers and a total of 4,700 men with full battle gear in what was officially called an ordinary ‘training exercise.’ 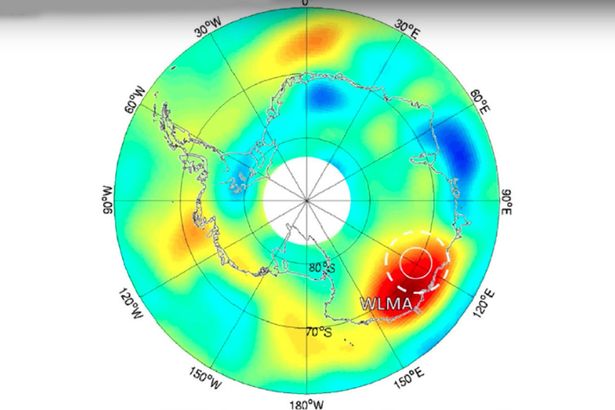 Operation Highjump was curiously terminated six months earlier than expected. An excerpt from February 19, 1947 describes Admiral Byrd’s arrival over the pole at 1000 hours:

The odd anomaly was first found by NASA satellites in 2006.

However, not everyone is willing to go with the conspiracy theory of secret bases located hundreds of meters below the Antarctican ice.

Others believe that the bizarre anomaly isn’t so bizarre after all, and that it is in fact the result of an asteroid impact twice the size of the one which exterminated the dinosaurs.

‘This Wilkes Land impact is much bigger than the impact that killed the dinosaurs, and probably would have caused catastrophic damage at the time,’ said Ralph von Frese, who was a professor of geological sciences at Ohio State University when he discovered the crater in 2006. All the environmental changes that would have resulted from the impact would have created a highly caustic environment that was really hard to endure. So it makes sense that a lot of life went extinct at that time.’