Millions of people visit the Acropolis every year to tour the Parthenon, a temple dedicated to the goddess Athena, a knowledge deity. Soon visitors will be able to attain more knowledge of the ancient Greeks and how they lived when a new exhibit opens at the Acropolis Museum this month.

For centuries, humans have marveled at the monuments that still stand in Greece as remnants of the country’s ancient golden age. Over time, war, looting, and natural forces have conspired to reduce what remained to ruins.

According to the Acropolis Museum:

The monuments of the Acropolis have withstood the ravages of past centuries, both of ancient times and those of the Middle Ages. Until the 17th century, foreign travelers visiting the monuments depicted the classical buildings as being intact. This remained the case until the middle of the same century, when the Propylaia was blown up while being used as a gunpowder store. Thirty years later, the Ottoman occupiers dismantled the neighboring Temple of Athena Nike to use its materials to strengthen the fortification of the Acropolis. The most fatal year, however, for the Acropolis, was 1687, when many of the building’s architectural members were blown into the air and fell in heaps around the Hill of the Acropolis, caused by a bomb from the Venetian forces. Foreign visitors to the Acropolis would search through the rubble and take fragments of the fallen sculptures as their souvenirs.

It wasn’t until the 1860s that a museum was proposed and built. But as excavations of the ruins and the city continued, the collection of artifacts from several centuries and cultures grew to the point that a new museum became a necessity. A brand new facility officially opened ten years ago in 2009, granting visitors more opportunities to learn about the breadth of Greek history, which became interwoven with Roman and Ottoman history at various points.

Over the years, researchers have been working on excavating the earth beneath the museum, exposing several aspects of Greek life that will now be on full display and accessible to the public.

The Acropolis Museum announced the news in a press release in celebration of their ten-year anniversary.

[T]he archaeological excavation will bee open to the public with the general admission fee ticket. The excavated area of 4,000 square meters comprises houses, workshops, baths and streets of an ancient Athenian neighborhood that existed from the classical to the byzantine years, in successive phases. This impressive archaeological site will be organized in a unique exhibition set that sheds light on the everyday life of an ancient neighborhood that existed in the shadow of the Acropolis. 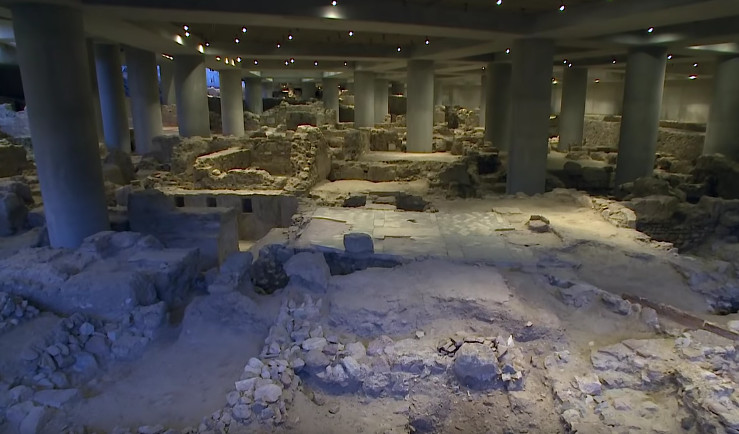 Building the museum despite this archaeological find had been controversial, but views have since changed because excavations have continued and are about to pay off in a big way while adding to the overall exhibits.

“For the first time, we are able to see how people lived in the shadow of the Acropolis,” museum director Dimitrios Pandermalis told The Guardian. “And through the display of discoveries such as plates and toys, visitors will have a glimpse into the daily lives of ancient Greeks. There are a lot of marble masterpieces on display around the museum but life is not only about the glory days of yesteryear; it is about little things that make each and every day.”

Indeed, when we think of the ancient Greeks we often forget about the everyday people, focusing more on the great sculptures and monuments, the military battles and commanders, as well of the politicians and the invention of democracy. Democracy, however, requires people to make it work. Therefore, learning about how the people lived their lives sheds light on our own lives and the democratic systems of government around the globe.

That’s not to say the excavations were easy. Like many different cultures in the ancient world, including in Israel, cities were built on top of old ones, resulting in new layers of history that had to be carefully navigated by excavators.

“It was complex because there were so many layers, so many dwellings, one on top of the other, all telling the history of Athens,” lead excavator Stamatia Eleftheratou said. “There is an entire hidden layer, earlier ruins beneath the settlement that aren’t visible because we covered them again with earth.” 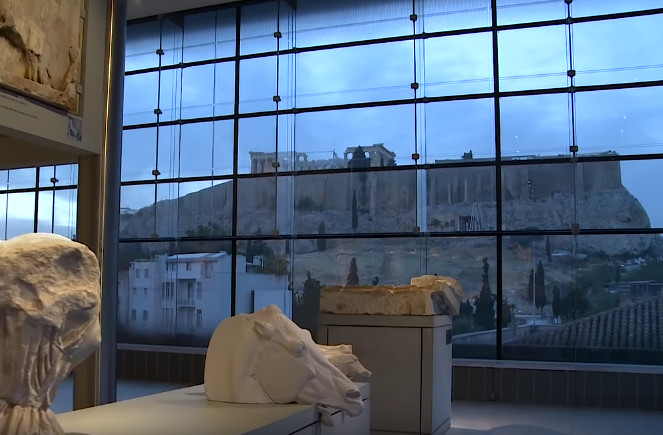 Currently, visitors can see the excavated ruins under glass beneath their feet. But they will have access to the site and will have an opportunity to see all of the many artifacts found by the team throughout the years of the dig.

The finishing touches are being made to the exhibition now to give visitors the best experience, and there is no doubt that people from around the world will be in just as much awe of this excavation site as they are with the Parthenon itself. The exhibit will open on June 21st.