New Discoveries in Ancient Underground City in Cappadocia will rewrite...

Hasan Ünver, the mayor of Nevşehir said in a statement that the new findings at the ancient underground city in the province would rewrite history. 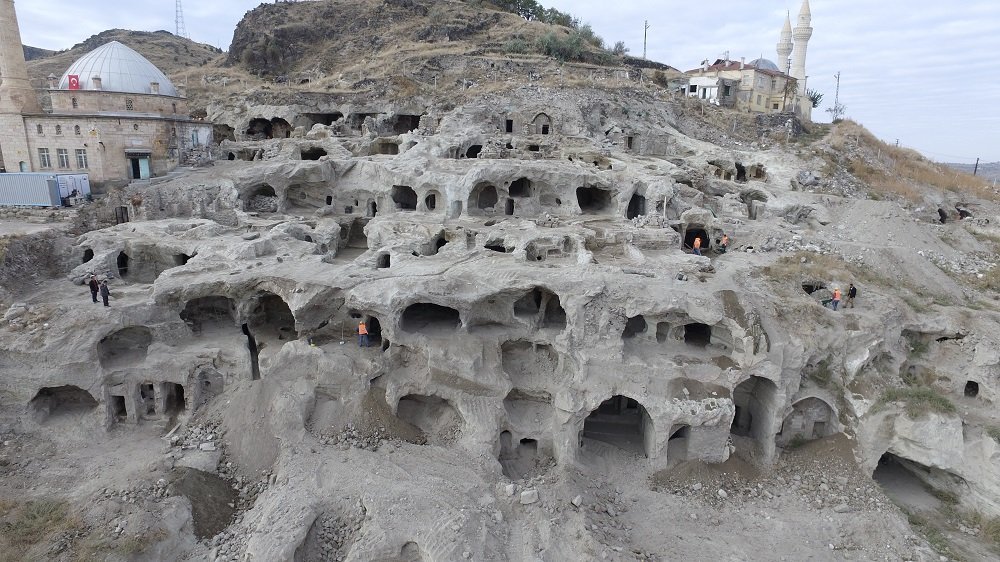 “When the works are finalized the history of Cappadocia will be rewritten,” said Ünver, adding the findings found during the excavations dated back as the Hittite era.

“We have reached significant discoveries; new long tunnels and spaces where people lived all together. Places where linseed oil was produced, chapels and tunnels combining various living spaces in the underground city were found,” added Ünver.

Now, researchers have found several details that indicate the massive underground city was not used by people as a temporary shelter but was inhabited permanently in the distant past.

“This is a real underground city where they resided permanently and not like other underground cities where they had lived temporarily,” said Ünver. “We are definite that we will also reach very important information and discoveries regarding world history.”

According to statements from city officials of Nevşehir, the opening of the first part of the underground city excavations will open in 2017. The project was supervised by archaeologists Semih İstanbulluoğlu and the control of the Culture and Tourism Ministry.

Özcan Çakır who is an associate professor at the geophysics engineering department of the 18 March University said that during the initial finding of the city experts believed the tunnels were used as agricultural ‘highways’ which allowed people tom carry food from one place to another.

“We believe that people, who were engaged in agriculture, were using the tunnels to carry agricultural products to the city. We also estimate that one of the tunnels passes under Nevşehir and reaches a faraway water source,” said Çakır.

Given the details researchers have now, they believe that the history of this amazing underground complex dates back to before the Hittites, who are believed to have taken part in the construction of Derinkuyu (even though this has not been confirmed).

Among other items, archaeologists have discovered pipe-like objects made from meerschaum that were used to smoke tobacco.

“These can give clear information about the history of mankind,” İstanbulluoğlu said.

City official believe that the discovery of the underground city will greatly benefit the Capadoccia region as tourists have started flowing in.

Ashish Kothar, a UNESCO representative already examined the ancient underground city in June where he was able to photograph interesting artifacts of the underground city. Kothar has been informed with current restoration works according to Turkish national media.