According to a new study, Black Holes could support bizarre forms of alien life. According to researchers, its cold temperature may help make worlds habitable. 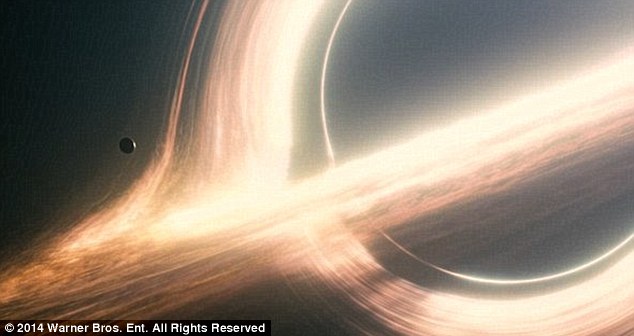 Interestingly, theorists propose that some black holes could host temperatures of zero, and could, therefore, act as ‘cold’ suns, and while the black holes enjoy a relatively normal temperature, the rest of the universe enjoys a temperature of -270 degrees Celsius. Based on this temperature difference, scientists have calculated that Earth-sized planets orbiting a black hole the approximate size of our sun could have enough energy for life to exist, that is at least for a short period of time.

The new study, which backs up science fiction AGAIN, has proposed that planets orbiting a black hole could sustain life since they act similar to how our sun acts on Earth. Life as we know it needs a temperature difference to provide a source of energy, meaning that the laws of thermodynamics governing over our planet can be reversed, and thus, life could exist in the most unlikely places in the universe, in a similar way as proposed by the movie Interstellar.

Tomáš Opatrný of Palacký University in Olomouc, Czech Republic created a model of what occur to a planet would if it had a cold sun and a hot sky. From a temperature differences, Opatrný believes that a planet of similar size to Earth, orbiting a black hole the size of our sun could receive around 900 watts of power, which is enough energy for life to exist, that is, at least for a short period of time.

In an interview to New Scientists, Opatrný said: “we need a fairly old black hole that has already cleared its surroundings and which is not further fed.”

Opatrný calculated that the amount of energy received would have been even greater in the distant past of the universe when the background temperature was approximately 27 degrees Celsius.

Inspired by the movie Interstellar, Opatrný and his team wanted to calculate how much energy was being transmitted by the black hole called Gargantua, featured in the movie. They found out that while it’s enough to support complex life forms, its short into the universe existence that it is very unlikely that it would have had enough time to evolve and explore the power source.

Opatrný and his team found that if the black holes gravitational pull actually slows down time on the planet, the alien world could eventually reach temperatures of 900 degrees Celsius.

Avi Loeb of Harvard University told DailyMail.com in an interview that while in theory a black hole ‘cold sun’ is acceptable in certain standards, there are a number of problems with the theory that make it unlikely to happen, the biggest of them being our lack of information.

‘An issue I have with that is it’s very difficult to keep a black hole dark,’ he said.

‘Some of the black holes in the universe are the brightest sources of light because matter falls into them, for example, this can be seen with quasars.’

‘You really need to keep a black hole in isolation.’

‘There are other questions, such as, is being next to a black hole a good environment for life? It’s not something we know much about.’