Our Planet Is Being Monitored, Very Closely

“Something Is Monitoring The Planet, And They Are Monitoring it Very Cautiously” – Mike Gravel 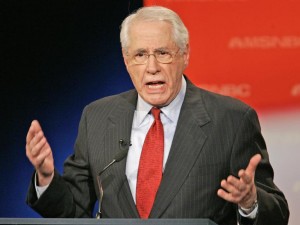 Former Sen. Mike Gravel (D-Alaska), and 2008 presidential candidate says that there is “an extraterrestrial influence that is investigating our planet. Something is monitoring the planet and they are monitoring it very cautiously.” He’s not the only one making these claims. A number of Astronauts, Professors, high ranking military and political personnel have been doing the same over the years. Official documentation released from three letter agencies, governments, and the freedom of information act are available to the public domain and back up what is being said by these people.

These comments come from Mr. Gravel after the recent “citizens hearing on disclosure.”  You can find out more about that here and here.

The UFO “issue” is a complex one that branches into different areas like science, history, politics, consciousness and many more . It is without a doubt one of the most important topics the human civilization has come across, ever.

No doubt that human beings have been programmed with fear when it comes to this topic, and there is a good possibility that that has been done purposely. It’s time to let go of that, there is a whole galactic community out there teeming with life.

Our planet and the beings on it are currently going through a shift. We are beginning to see through the curtain that blinds the masses in all aspects of life. Our health, food, energy and financial institutions are much more transparent, and the people of Earth are calling for change. We are recognizing that we are what needs to change, we are the ones that do not resonate with this current system and we are the ones that have the tremendous potential to create something new. Maybe some groups of extraterrestrials are watching to see if we can do it? And maybe some aren’t.

Browse through our alternative/science/tech and multimedia sections for more information on UFOs and extraterrestrials if you are interested!

“There is abundant evidence that we are being contacted, that civilizations have been visiting us for a very long time. That their appearance is bizarre from any type of traditional materialistic western point of view. That these visitors use the technologies of consciousness, they use toroids, they use co-rotating magnetic disks for their propulsion systems, that seems to be a common denominator of the UFO phenomenon.” – Dr Brian O’leary, Former NASA Astronaut and Princeton Physics Professor (source)

“Yes there have been crashed craft, and bodies recovered. We are not alone in the universe, they have been coming here for a long time” Apollo 14 Astronaut (source # 1) (source # 2)

“Decades ago, visitors from other planets warned us about the direction we were heading and offered to help. Instead, some of us interpreted their visits as a threat, and decided to shoot first and ask questions after. It is ironic that the US should be fighting monstrously expensive wars, allegedly to bring democracy to those countries, when it itself can no longer claim to be called a democracy when trillions, and I mean thousands of billions of dollars have been spent on black projects which both congress and the commander in chief have been kept deliberately in the dark.” –
Paul Hellyer, Former Canadian Defence Minister (source)