For a long time, we’ve known that ancient cultures around the globe were capable of great architectural and engineering feats thousands of years ago, despite being considered as ‘primitive’.

Archaeologists have revealed that the ancient Pueblo people built intricate geometric structures even though they did not possess a written language or number systems like the ancient Greeks, Egyptians, and Maya. The Ancient Pueblo people were capable of creating equilateral triangles, 45-degree right triangles, Pythagorean triangles and had knowledge of the ‘golden rectangle’.

It turns out that hundreds of years ago, the Southwestern Pueblo culture was somehow capable of erecting complex geometric structures with near-perfect accuracy. The ancient Pueblo people created equilateral triangles, 45-degree right triangles, Pythagorean triangles and had knowledge of the ‘golden rectangle’, incorporating these into their structures.

All of this, despite not having a writing nor number system.

As reported by the Daily Mail, researchers discovered that the Sun Temple archaeological site in Colorado –which was built around 1200 AD— features sophisticated shapes that are still familiar today, revealing architectural ‘genius’ that they say would be almost impossible to replicate today.

These remarkable features were found by Dr. Sherry Towers, a professor with the ASU Simon A. Levin Mathematical, Computational, and Modeling Sciences Center

“The site is known to have been an important focus of ceremony in the region for the ancestral Pueblo peoples, including solstice observations,” Towers says. “My original interest in the site involved looking at whether it was used for observing stars as well.”

However, as Towers delved deeper into the site’s layout and architecture, interesting patterns began to emerge.

“I noticed in my site survey that the same measurements kept popping up over and over again,” she says.

The fact that the ancient Pueblo people managed to build these elaborate structures without a written language or number system is what has captured the amazement of archaeologists and researchers. 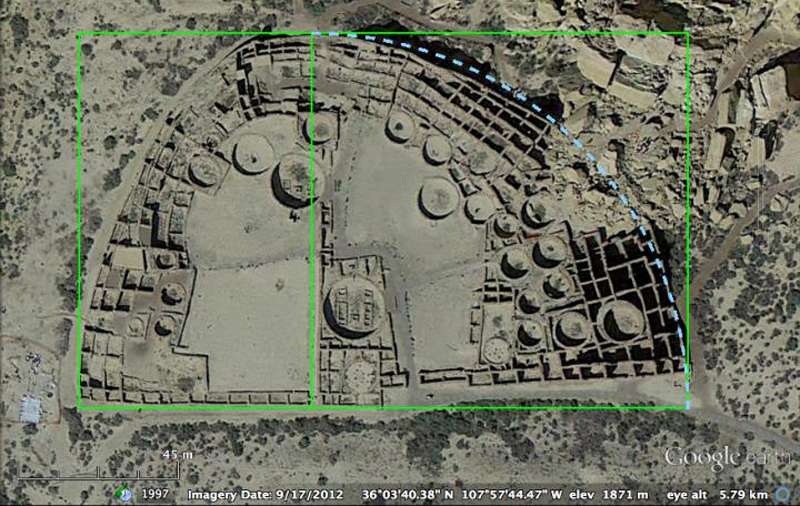 “This is what I find especially amazing,” Towers says. “The genius of the site’s architects cannot be underestimated. If you asked someone today to try to reconstruct this site and achieve the same precision that they had using just a stick and a piece of cord, it’s highly unlikely they’d be able to do it, especially if they couldn’t write anything down as they were working.”

“When I saw that the layout of the site’s key features also involved many geometrical shapes, I decided to take a closer look,” said Towers.

Furthermore, the site even had the ‘Golden rectangle’ – a shape with ‘pleasing proportions’ that was commonly used by architects in ancient Greece and Egypt, and in Western art.

“If you asked someone today to try and reconstruct this site and achieve the same precision that they had using just a stick and a piece of cord, it’s highly unlikely they’d be able to do it, especially if they couldn’t write anything down as they were working,” said Towers.