A researcher believes he has finally unlocked the mystery behind the 4000 year old Phaistos Disc, referred to by many as the first ever ‘CD-ROM’.

New data obtained by Greek scientists has allowed the deciphering of the message written on the Phaistos Disc, an ancient artifact that is at least 4,000 years old. The disk made of clay, which was named the Phaistos Disc, was discovered by Luigi Pernier in Crete on July 3, 1908. The object believed to be at least 4000 years old has an inscription composed of drawings which remained partially unsolved for a century, that is until now, according to an article from the website Greek Reporter. 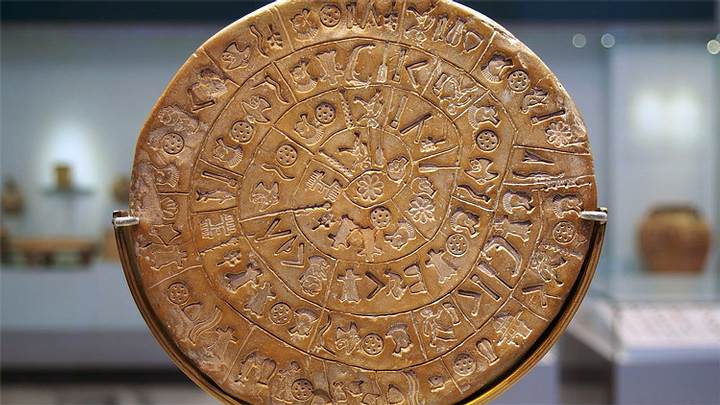 The mysterious disc which is believed to have originated in the Bronze Age has been deciphered thanks to new information received by scientists, in particular, by Gareth Owens, from the Technological Institute of Crete.

According to Owens, the message carried by the Phaistos Discs is dedicated on one side to the pregnant mother goddess and the other side to the Minoan Goddess Astarte.

According to Owens who is a linguist, archaeologist and coordinator of the program Erasmus of Crete Technological Institute, the goddess of Love, the Minoan Astarte is the ultimate key figure in the decipherment of the Phaistos disc. There are a total of 241 figures on the disc.

“There is no doubt that we are talking about a religious text. This is clear from a comparison made with other religious words from other inscriptions from the holy mountains of Crete. We have words that are exactly the same,” Owens said and added, “I suspect that the Phaistos Disc is a hymn before Astarte, the goddess of love. Words such as those mentioned on the disk have been found on Minoan offerings and as with today’s offerings, people pray when they are troubled, because of health problems or personal reasons. Man doesn’t change, after all.”

Owens states that Minoan Astarte was the goddess of love, war and the mountains and her origin lies in the east. “From ancient Mesopotamia, located in today’s Turkey, Astarte went to Cyprus and became Venus,” he said.

Although the Phaistos Disc is generally accepted to be an authentic artifact by archaeologists, a few scholars remain skeptical and  believe that the disc is a forgery or a hoax.