Scientist concludes: There is Evidence of Ancient Nuclear Weapons on... 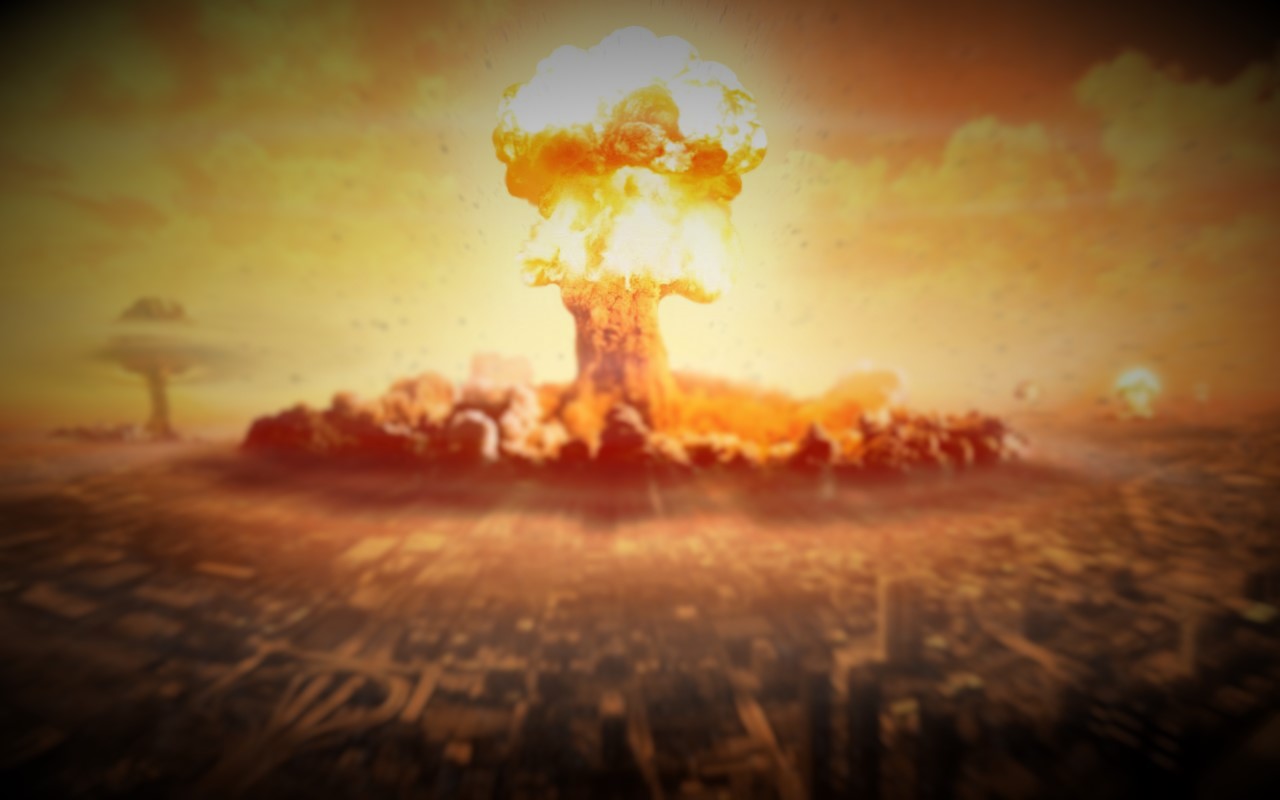 There are some things withing our solar system that completely challenge everything we know.

Mars is one of those places that’s really odd. For example, it has been found that the red planet has an unusually high concentration of Xenon 129 in its thin atmosphere.

In addition to that huge mystery, researchers have found that the surface of Mars is covered excessively with uranium and thorium.

This has led some scientists like Dr. John Brandenburg to conclude that it’s very likely that TWO large ANOMALOUS nuclear explosions took place on Mars in the distant past.

In the paper Dr. Brandenburg argues: that Mars shows, “…based on new data, evidence that during this period of Earthlike climate, biological evolution produced, at length, a humanoid civilization leaving ruins at several sites, Cydonia Mensa and Galaxias Chaos being two sites most intensively investigated. Data from these sites formed the basis for the Cydonian Hypothesis (Brandenburg, DiPietro, and Molenaar, 1991) of an ancient, indigenous, approximately Bronze Age civilization on Mars.” 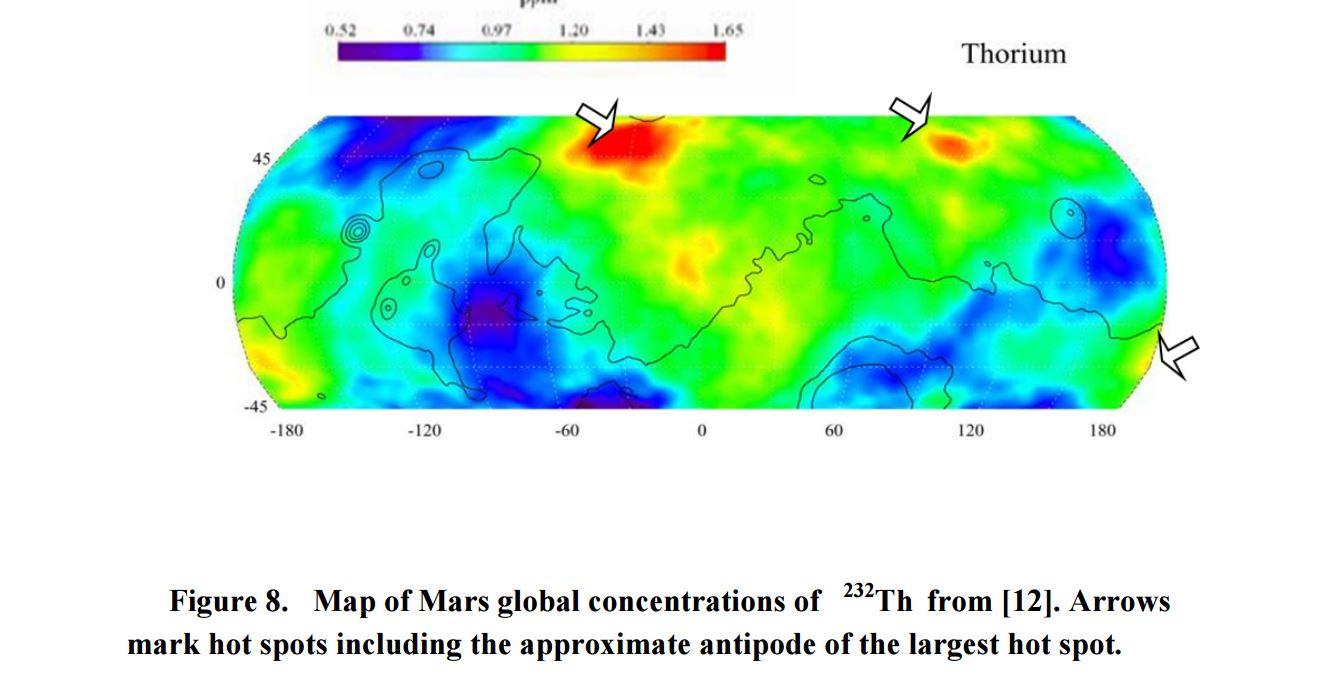 However, there are many scientists which disagree with Dr. Braneburg saying that there is a natural explanation by which the anomalous gasses and elements on Mars can be explained.

But Dr. Brandeburg firmly sticks with his theory saying that Xenon 129 on Mars is likely the product of a nuclear process rather than fractionation – a process in nature which could explain the presence of these elements.

It is well known that over time, a planet’s atmosphere can become heavily eroded, especially on Mars where there isn’t a strong magnetic field. When this occurs, lighter isotopes become more eroded than those heavier ones which ultimately results in the increase in heavier isotopes.

But Dr. Brandeburg says: “However, on Mars, whatever process disturbed the … isotopes made the lighter isotopes relatively more abundant than heavier ones. This requires a predominantly nuclear process rather than mass fractionation…” 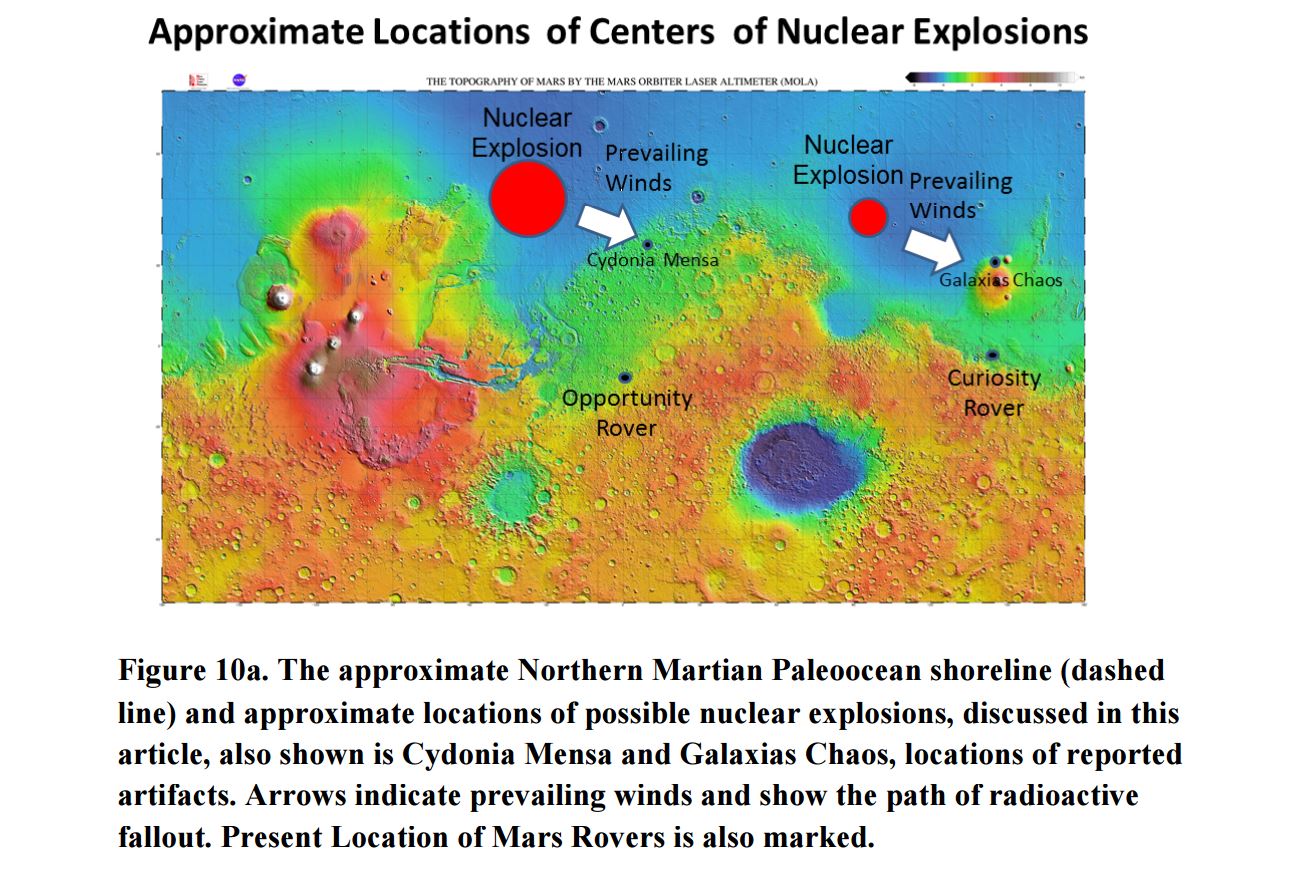 Dr. Brandenbrug concluded –after going through available data on Mars— that at least two massive airborne explosions occurred with fusion devices similar in design to those on Earth.

Dr. Brandenburg explains how Xenon 129 is produced in devices on Earth:

“In order to boost the yield of a hydrogen bomb, the bomb casing is typically made of uranium 238 or thorium. Accordingly, Xenon 129 is produced only in small amounts by normal fission, but in a conventional hydrogen bomb explosion it is produced in large amounts.”

Furthermore, Dr. Bradenburg looked at the distributional patterns of uranium and thorium on the surface of the red planet and had concluded that they are CONSISTENT with nuclear explosions which were centered on TWO specific points on the planet.

“The high concentration of Xe in the Martian atmosphere is a unique feature of Mars atmosphere and differs starkly from the isotopic mass spectrum of xenon elsewhere in the solar system. This feature is found both in the isotopic spectra seen by landers and also that seen in Mars Meteorites,” concluded Dr. Brandenburg.

Dr. Brandenburg indicates that it is very likely that these two MASSIVe nuclear explosions occurred on Mars some 180 million years ago. Both of these nuclear attacks could have triggered a global catastrophe that changed Mars from a fertile and Earth-like planet to a barren ande deserted world we see today.

Evidence of a Massive Thermonuclear Explosion on Mars in the Past