Scientists Find The Universe Grows Like A Giant Brain

It is often said that we are connected with the universe in such a way that we cannot even comprehend.

A new study proposed by scientist suggests that the universe acts like some sort of giant brain. The study, which was published in Nature’s Scientific Reports suggests the universe in which we live in grows just like a giant brain. Researchers suggest that the electrical firing seen between brain cells is actually mirrored by the shape of the expanding galaxies in the universe.

A computer simulation proposes that “natural growth dynamics” – the way that systems evolve – are actually the same for different kinds of networks – whether it’s the internet, the human brain or the universe as a whole structure.

Nikola Tesla understood how the universe worked and how much we are all connected to it.

“There is no conflict between the ideal of religion and the ideal of science, but science is opposed to theological dogmas because science is founded on fact. To me, the universe is simply a great machine which never came into being and never will end. The human being is no exception to the natural order. Man, like the universe, is a machine. Nothing enters our minds or determines our actions which is not directly or indirectly a response to stimuli beating upon our sense organs from without.” -Tesla

Actually, researchers found out that when they compared the universe’s known history to the growth of social networks and human brain circuits, they discovered that all of the networks expand in a similar fashion. The networks balanced links between similar nodes with those which already had many connections.

“The new study suggests a single fundamental law of nature may govern these networks”, said physicist Kevin Bassler of the University of Houston. “”For a physicist it’s an immediate signal that there is some missing understanding of how nature works,” says Dmitri Krioukov from the University of California San Diego. 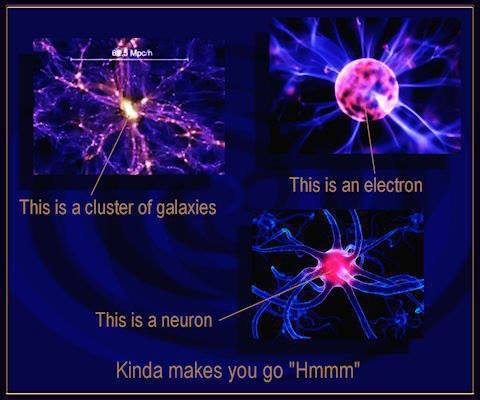 Researchers wrote in the study:

“Here we show that the causal network representing the large-scale structure of spacetime in our accelerating universe is a power-law graph with strong clustering, similar to many complex networks such as the Internet, social, or biological networks. We prove that this structural similarity is a consequence of the asymptotic equivalence between the large-scale growth dynamics of complex networks and causal networks.”

This has led researchers to suggest that the universe has a built-in mechanism which is designed to expand and evolve, encouraging novelty and increased coherence.

Deepak Chopra understood the way our brain and the cosmos were interconnected in an incredible way.

“If the universe is encoded in the brain, then perhaps “insights” that scientists and philosophers have had in the past (breakthrough thoughts about reality) are not be so mysterious. Einstein was astonished that relativity, a theory formulated in his mind, turned out to match Nature’s workings with incredible mathematical precision. Such astonishment has evolved beyond amazement by now. The brain is now being examined in the light of quantum biology, and it is dawning that thinking involves quantum operations at the basis where ions exchange charges — thus exchanging information in a precise, even digital way — down to a finer level where “normal” interactions between particles ceases. People do unexpected, strange, weird, and spooky things — so do quanta. If their weirdness is entangled with ours, there is more than resemblance, parallels, and coincidence. The same source is at work for stars, brains, and thinking.” 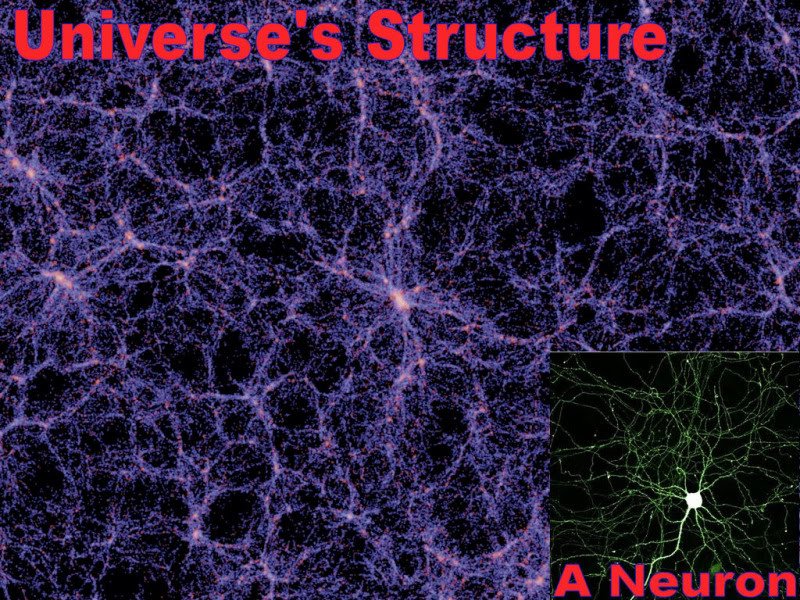 We are basically connected to the universe and its evolutionary process in such an intricate way that we have failed to realize it completely.

This mysterious process, feeling explains many things. And just as the great Nikola Tesla said:

“My brain is only a receiver. In the Universe there is a core from which we obtain knowledge, strength, and inspiration. I have not penetrated into the secrets of this core, but I know that it exists.”