Scientists find that the Moon is stealing oxygen from Earth 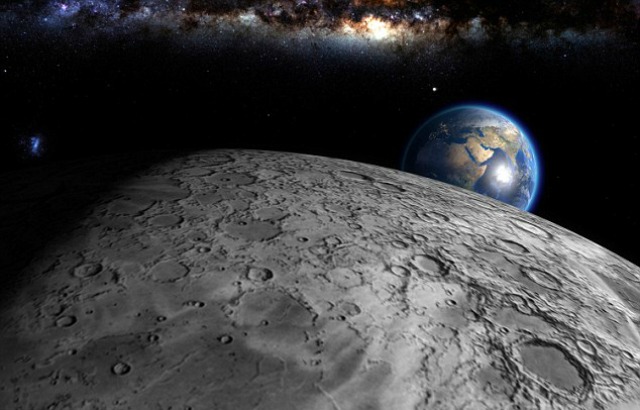 Every time we see the Moon in the night sky, we see how beautiful and mysterious it looks, but it probably never crossed our mind that Earth’s faithful companion is stealing oxygen from Earth. But this space theft is far from worrying earthlings, so put down your phasers: it’s only about 90 metric tons out of a total of about 5 quadrillion metric tons.

The moon is certainly one of the most mysterious celestial objects within our solar system.

In fact, Robin Brett, a scientist from NASA stated, “It seems easier to explain the non-existence of the Moon than its existence.”

Furthermore, our Moon is unlike any other satellite discovered in the known universe. Researchers know the Moon is 4.6 billion years old and that raises a lot of questions. This means that the moon is older than the Earth by nearly 800,000 years according to scientists.

There is even ‘stuff’ on the moon that should not be there. There are some lunar rocks that have been found to contain ten times more titanium than “titanium rich” rocks on planet Earth. Here on Earth, we use Titanium in supersonic jets, deep diving submarines and spacecraft. It’s unexplainable. Dr. Harold Urey, Nobel Prize winner for Chemistry said he was “terribly puzzled by the rocks astronauts found on the moon and their Titanium content. The samples were unimaginable and mind-blowing since researchers could not account for the presence of Titanium.

But in addition to all of the above, it turns out that Earth’s moon is a thief.

The truth is that yes, it is a cosmic thief, but this space theft is far from worrying earthlings, so put down your phasers: it’s only about 90 metric tons out of a total of about 5 quadrillion metric tons.

It turns out that for the largest part of each month, the moon is bombarded with high-speed, highly charged atoms spewing from the sun and carried by the solar wind. But for 5 days every month, Earth’s magnetosphere passes over the moon, shielding it from the solar particles and allowing slower speed particles from Earth to take their place, said Dr. Kentaro Terada of the University of Osaka in a study published in the journal Nature Astronomy.

This space theft occurs through the electromagnetic waves we receive from the sun through the solar winds, which ionize the oxygen molecules that are at present at the very top of our atmosphere. This process accelerates its arrival to the magnetosphere, where it “collides” with the lunar environment and Earth’s satellite itself.

While this process transfers about 26,000 molecules of ionized oxygen per second, this amount is not enough to create a breathable environment on the moon, nor does this ‘tranfer’ pose a risk for us.

Now you wonder why, and the answer is that this process has been going on for more than 2 billion years.

How did we notice it?

As explained by sciencemag, In 2008, sensors onboard Japan’s Kaguya moon-orbiting probe detected a dramatic change in the kinds of oxygen ions striking the craft during a narrow window each month.  It turns out that the ions were transferred at a much slower rate than those typically carried by solar wind.

Curiously, scientists noticed that this transfer occurred inside the 5-day period when Earth’s magnetosphere blocked the solar wind.

Scientists concluded that given factors suggest that oxygen ions came from Earth.

Earth is sending oxygen to the moon