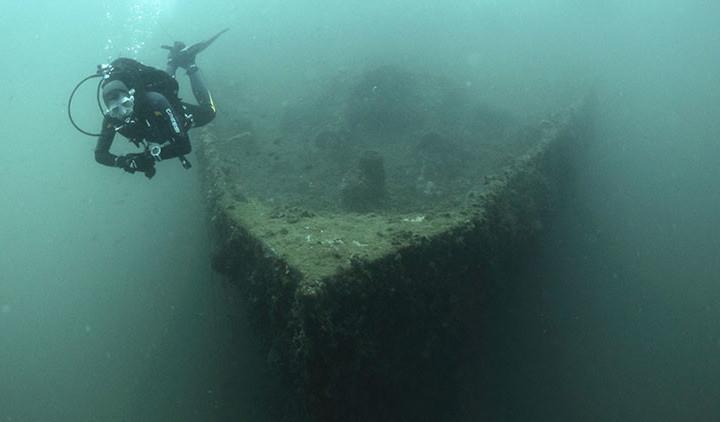 Archaeologists have discovered 47 pieces of the legendary Orichalcum Metal which is believed to have been used on Atlantis in a 2,600-year-old shipwreck.

Is this the ultimate proof Atlantis DID exist?

Some 2,600 years ago, a ship sank off the coast of Gela, to the south of modern-day Sicily. What experts found inside the wreckage has shaken the archaeological community: 47 pieces of a precious alloy that according to ancient accounts, was one of the most precious metals used in Atlantis.

According to Plato’s writings the metal—believed to be an alloy of copper, zinc and lead—was extracted and originated from Atlantis, and was used to worship Poseidon among other things.

The curious metal (Orichalcum) was first mentioned in the 7th century BC by Hesiod, and in the Homeric hymn dedicated to Aphrodite, dated to the 630s.

According to experts, the ship—which is believed to date back to the sixth century—was traveling to Gela, coming from either Greece, or somewhere in Asia Minor. The discovery was made by divers some 300 meters below the surface.

“The ship dates to the end the sixth century B.C.” It was likely caught in a sudden storm and sunk just when it was about to enter the port,” added Tusa.

“The presence of helmets and weapons aboard ships is rather common. They were used against pirate incursions,” Tusa told Seeker.com. “Another hypothesis is that they were meant to be an offer to the gods.”

This isn’t the first discovery of the legendary metal. In 2015, researchers diving near the shipwreck recovered 39 ingots of the curious metal.

Orichalcum or aurichalcum is a metal mentioned in several ancient writings, including the story of Atlantis in the Critias of Plato. Within the dialogue, Critias (460 – 403 BC) claims that orichalcum had been considered second only to gold in value and had been found and mined in many parts of Atlantis in ancient times, but that by Critias’ own time orichalcum was known only by name.

Furthermore, ancient texts reveal—Critias written by Plato—that the three outer walls of the Temple to Poseidon and Cleito on Atlantis were clad respectively with brass, tin, and the third outer wall, which encompassed the whole citadel, “flashed with the red light of orichalcum”.

“The waters there are a priceless mine of archaeological finds,” remarked Adriana Fresina, an archaeologist who works with Tusa.

Interestingly, Orichalcum is also mentioned in the Antiquities of the Jews – Book VIII, sect. 88 by Josephus, who stated that the vessels in the Temple of Solomon were made of orichalcum (or a bronze that was like gold in beauty).