The design and architecture of the Sun Temple of Modhera...

There are some stunning ancient structures out there, and in our journey to uncover them all we take you to the ancient Temple of the Sun in Modhera. The ancient temple—dedicated to the solar deity Surya—is located at the Modhera village of Mehsana district, Gujarat, India. It’s one of those majestic ancient laces you simply have to visit.

The temple is a Monument of National Importance and is maintained by the Archeological Survey of India.

This fascinating ancient structure was built by Bhima I of the Solanki dynasty in 1026. 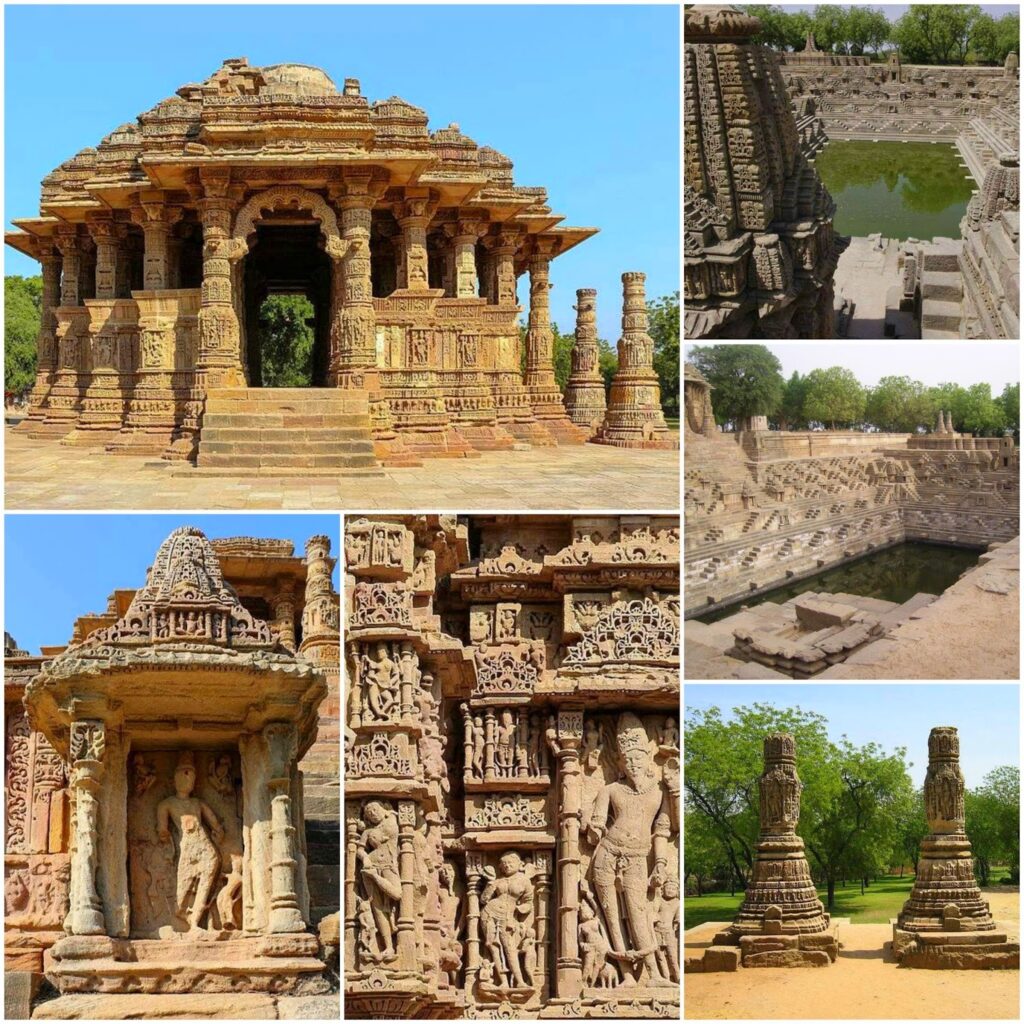 The temple complex features three axially aligned components; the shrine proper (garbhagriha) in a hall (gudhamandapa), the outer or assembly hall (sabhamandapa or rangamandapa) and a sacred reservoir (kunda).

The outer walls of the temple are decorated with sculptures of the gods, celestial nymphs, animals and mythical figures.

The ancient temple was built in such a way that when the first rays of sunlight in the morning appear, they directly illuminate the statues of the gods.

Other ancient temples of the Sun in Modhera are relics of times past when ancient man paid tribute to different natural elements such as fire, air, earth, water and the sky. 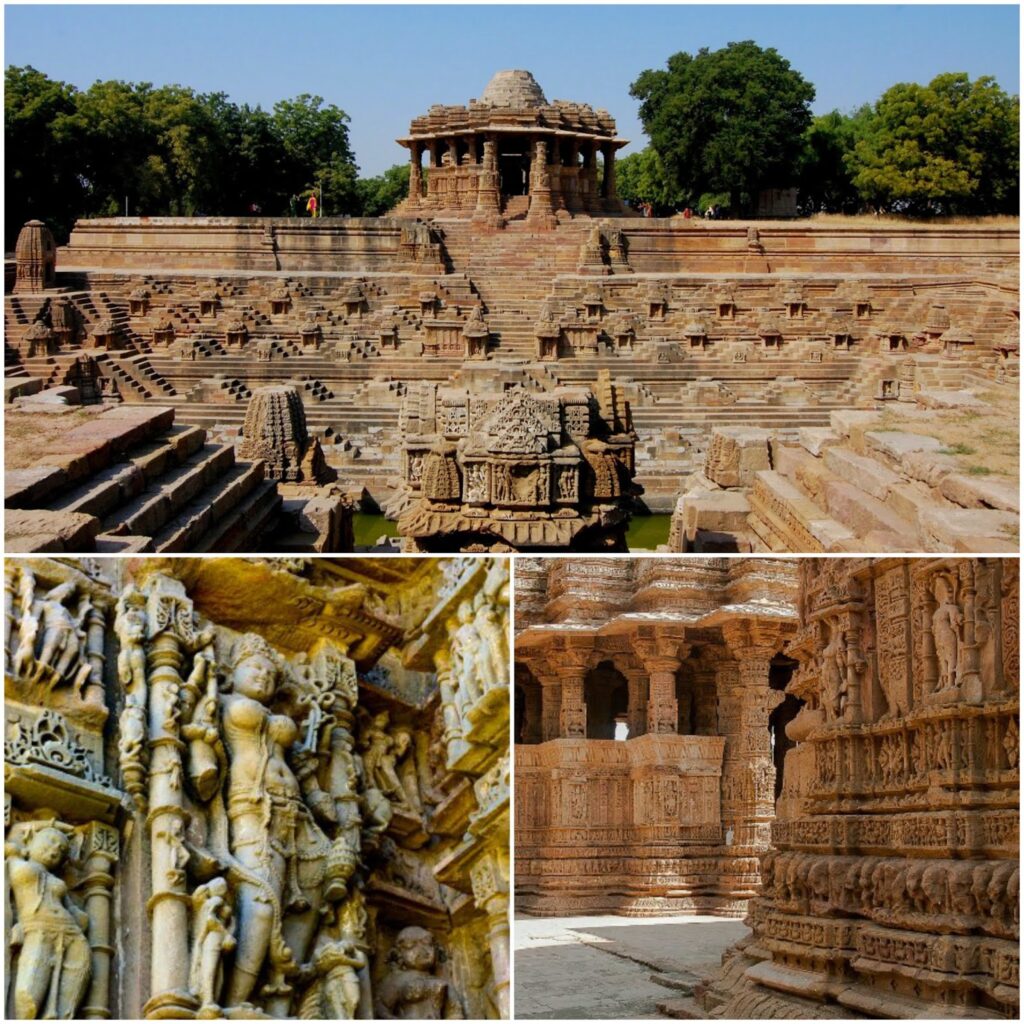 The old philosophy that venerated the natural elements and their association with humans was considered the prime force and energy of the life cycle.

According to literature, the steps of Surya Kund are a stylized mirror image of the Shikhara that unfortunately no longer exists. Symbolically it brought together the fire and the water. Turtles still live in the waters of this tank. This tank is also called Ramakund for the legend of Rama associated with the place.

In order to enter this majestic sun temple, we must first cross a reservoir known as the Ramakund, built in rectangular form and containing 108 shrines dedicated to various gods and demigods.

There are three main shrines placed on the three sides of the reservoir (kund), dedicated to Ganesh, Vishnu and an image of the god Shiva dancing the ‘Tandav’ in front of the temple of the sun, which covers the fourth side.

After climbing the stairs of the ‘Sabha Mandap’ we find the twelve ‘Adityas’ carved on the temple.

These twelve representations carved on the pillars represent the sun according to the twelve months of the year.

The Surya Kund—one of the most amazing features of the temple—is a rectangular pool where devotees performed religious ceremonies. 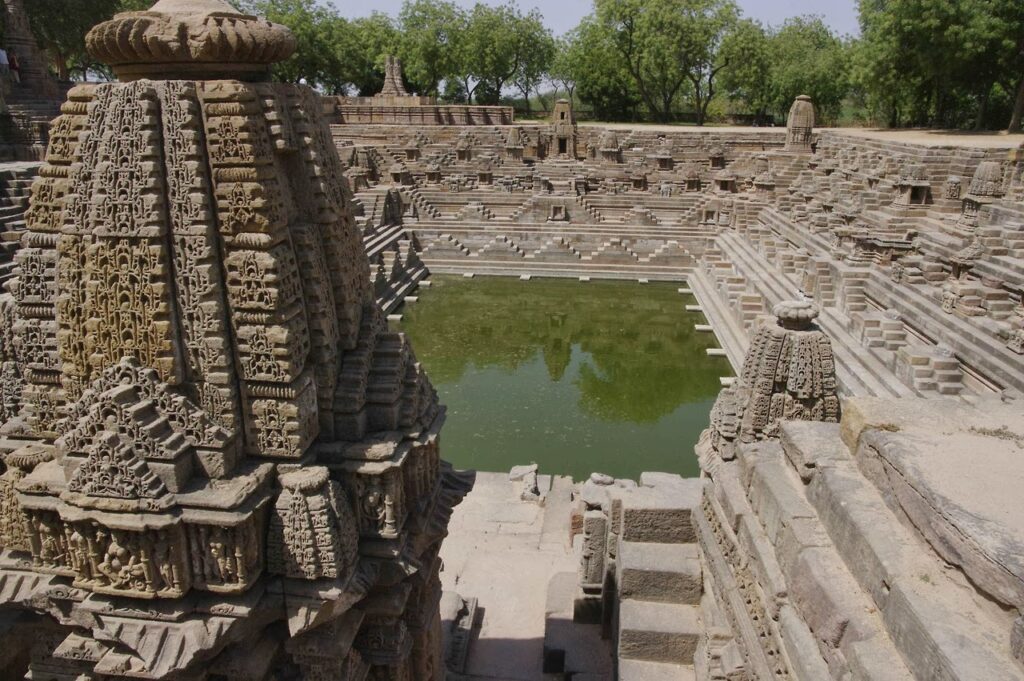 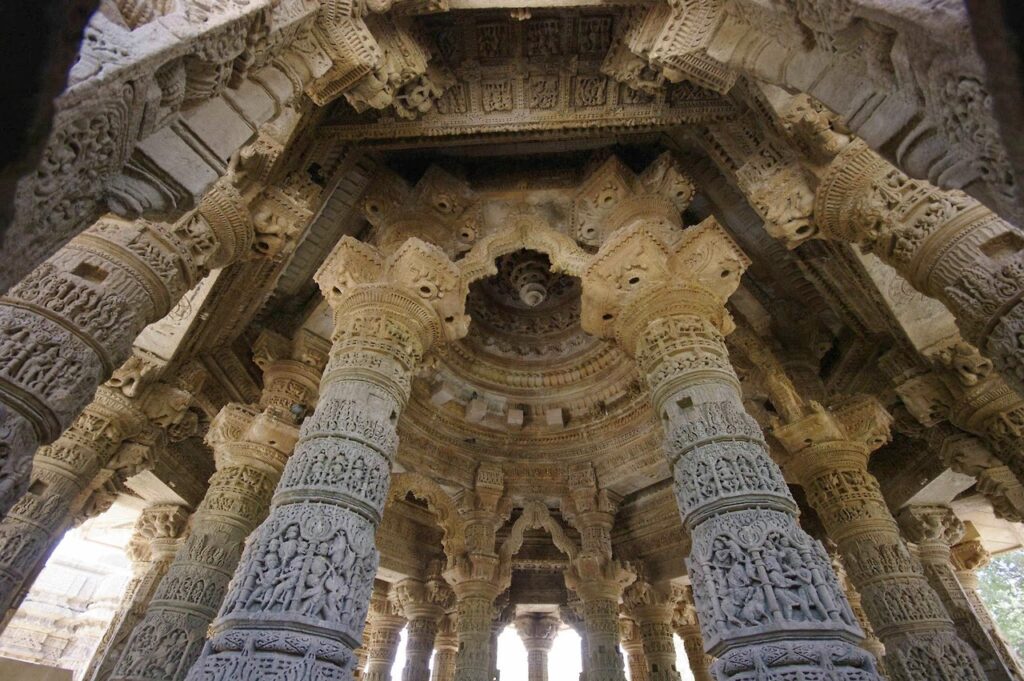