NASA’s New Horizon Spacecraft is exploring the outermost edges of the solar system, and back in January, it zipped past the ‘furthest’ object ever explored by humans: Ultima Thule.

Before the spacecraft reached Ultima Thule, as it was approaching it, its cameras started recording what was in front of it.

Scientists discovered that Ultima Thule was actually a contact binary, created when two small icy bodies in the early solar system stuck together.

And we thought that, like all other objects we’ve identified in the solar system, this too was spherical in nature.

And the most detail image of the object has recently been revealed by NASA. 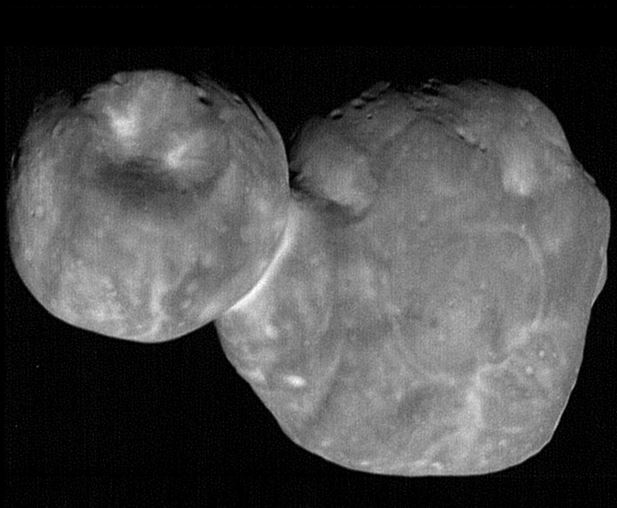 “Getting these images required us to know precisely where both tiny Ultima and New Horizons were — moment by moment – as they passed one another at over 32,000 miles (51,500 km) per hour in the dim light of the Kuiper Belt, a billion miles beyond Pluto. This was a much tougher observation than anything we had attempted in our 2015 Pluto flyby.”

The most detailed image of Ultima Thule was snapped by the New Horizons just six minutes before it made its closest approach at 12:33 am EST (05:33 UTC) on January 1. At that moment, the spacecraft was only 6,613 kilometers (4,109 miles) away from the enigmatic object. 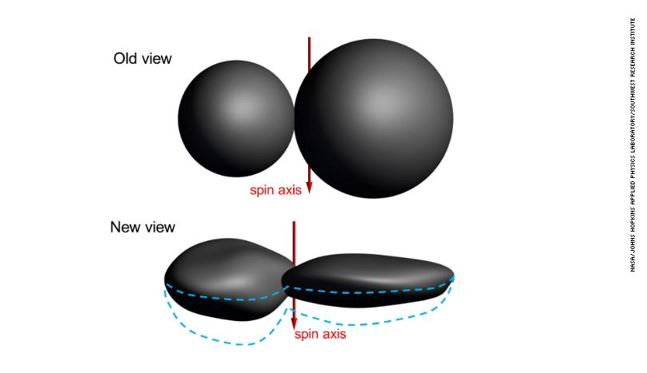 This means that the latest image taken by New Horizons was snapped 146 kilometers (91 miles) closer than the previous closest image we’ve seen of Ultima Thule. And that image was taken only a minute before.

The new image resulted in the most detailed image of Ultima Thule ever, and it is unlike anything we’ve ever seen in our solar system. 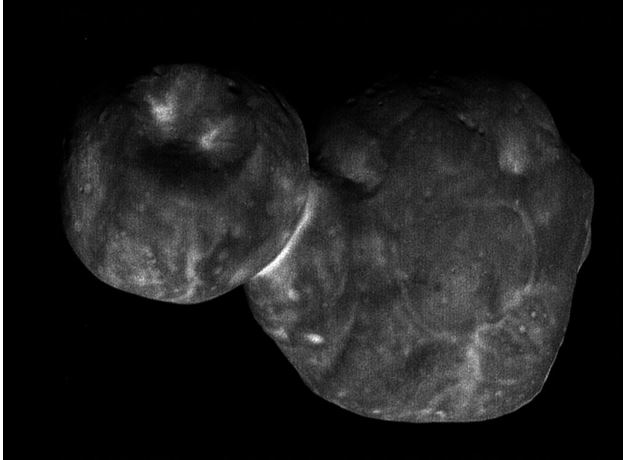 Ultima Thule is flattened, and instead of resembling a ‘cosmic snowman’ it looks like a flattened pancake.

‼️BREAKING‼️2014 MU69 (nicknamed #UltimaThule), is not, as it turns out, quite so round as initially anticipated. Images from @NASANewHorizons confirm the highly unusual, flatter shape of the #KBO: https://t.co/yaAZx8XQqO pic.twitter.com/JQlLiL9Hxq

“These ‘stretch goal’ observations were risky because there was a real chance we’d only get part or even none of Ultima in the camera’s narrow field of view,” explained Stern.

“But the science, operations and navigation teams nailed it, and the result is a field day for our science team! Some of the details we now see on Ultima Thule’s surface are unlike any object ever explored before.”

The above video is the result of 14 different photographs taken by New Horizon’s Long-Range Reconnaissance Imager.

The image of Ultima Thule was created using nine individual images, showing a mind-bending resolution of 110 feet per pixel.