Primitive aborigines in the past believed that American soldiers were deities when they visited them with huge “Metal Birds”, bringing unimaginable gifts.

Is it possible that the same happened in the distant past, thousands of years ago as ancient man interpreted beings from the cosmos as “gods who came from the stars”?

Is it possible to establish behavioral patterns that allow us, by analogy, reach conclusions with an acceptable probability index?

Or in other words, how do you judge the reactions of our ancestors against the unusual behavior of potential “exotic” visitors? Are fear and curiosity a pattern that leads towards worship… are these the logical consequences of a primitive mentality overwhelmed by the technological achievements of a superior civilization that visited the planet in the distant past?

Many researchers believe that this is the exact scenario that occurred in the distant past on our planet, when, our ancestors, from all over the world, witnessed the arrival of beings with superior technology, who were eventually called ‘Gods’, beings that came from the stars.

This is what the Ancient Astronaut theory postulates, and it is something that thousands of people around the world are convinced that happened when, in the distant past, extraterrestrial visitors came to Earth, emerging as deities and gods due to the unimaginable notion or understanding of our ancestors. Consequently, this so-to-speak, psychological effect, created myths and legends, and even religions which became “poetical” reports that contain fascinating realities. These realities have been ignored, almost completely by mainstream sciences. 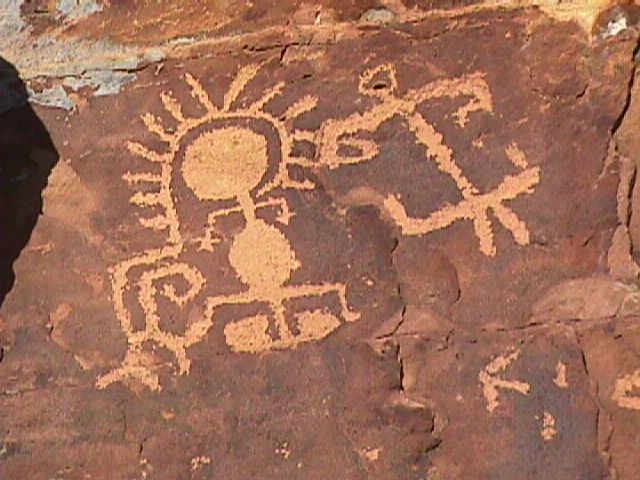 Although such evidence of extraterrestrial visitation may be far from conclusive, and merely circumstantial, the presumption is sufficient to clarify an obligation to take it into consideration.

So, the question that still needs answering is, “Who were these strange beings that arrived from the sky riding “huge thundering birds.” Our ancestors were not able to answer it, so, logically, they referred to these beings as gods, as they had advanced technology that could not be explained by the mind of ancient mankind.

What better way is there to interpret the behavior of primitive mentality than to properly avail ourselves to concrete examples, and verifiable through history?

It would seem very logical that ancient man reacted with this type of behavior. Ancient man had to provide some sort of explanation to what they were seeing, when the threshold of their understanding was sharply surpassed, they were amazed by these beings who eventually were called “Gods” and “deities” who came from the heavens in “fiery dragons” in “flying snakes” and flying shields.

These “fiery dragons,”fiery snakes,” and “flying shields” were possibly just advanced vehicles from beings that originated elsewhere in the universe. Beings that have visited our planet for thousands of years and continue to do so today.