According to a revised study, the dagger that once belonged to Pharaoh Tutankhamun has a curious extraterrestrial composition.

Researchers stress that the working of metal has played an extremely important role in the evolution of human civilization that historians conventionally divide into ancient eras known as “metal” ages. Historians take into account the use of copper, bronze, and iron in sequence.

However, it is clear that sharp breaks in these periods are conventional. In particular, the start of the iron age has long been discussed. Ancient Egypt had great mineral resources. The wide desert areas, in particular, the Eastern desert, are rich in mines and quarries, which have been exploited since ancient times. Copper, bronze, and gold have been used since the 4th millennium BCE.

In contrast, despite the significant presence of iron ores in ancient Egypt, the utilitarian use of iron in the Nile Valley occurred later than in neighboring countries, with the earliest references to iron smelting dating to the 1st millennium BCE. (Source)

King Tut –who ruled over the land of the Pharaohs from 1336 to 1327 BCE– continues to amaze the archeological community. Researchers concluded that the iron sheet of the dagger that once belonged to the ‘Boy’ Pharaoh was made from a material that belonged to a meteorite. The scientific study was led by Italian-Egyptian researchers who used X-ray fluorescence to analyze the dagger which dates back to the XIV century BCE.

Researchers have finally solved the mystery behind one of the two daggers found beside the mummy of the Pharaoh. One of them originated in space, or better said, the sheet that makes up the dagger was fabricated from meteorite fragments. 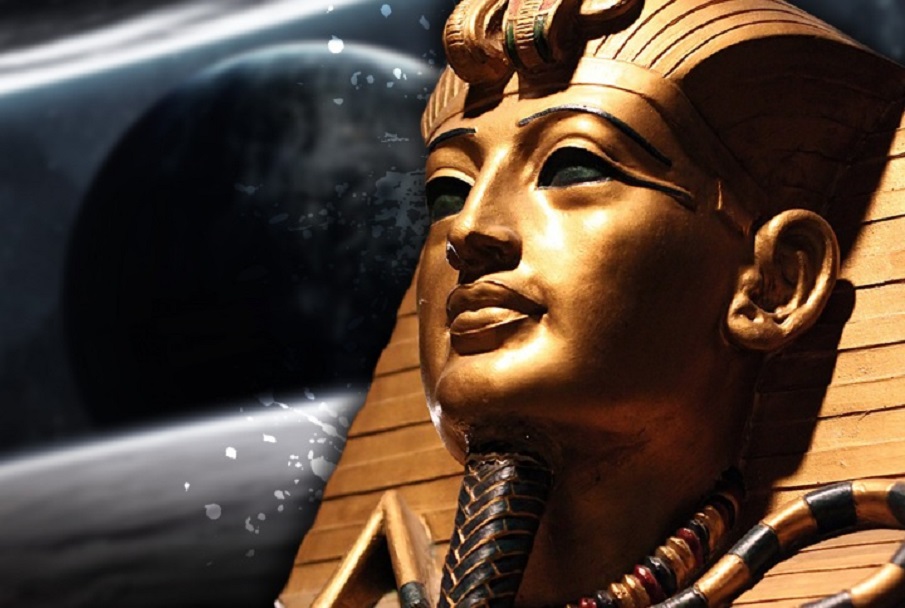 In fact, ancient Egyptians knew of the ‘otherworldly’ origins of the metal and wrote about the ‘metal’ that came from the heavens in ancient texts.

“The celestial or terrestrial origin of ancient Egyptian iron, and when its usage became common are contentious issues, which are subject to debate. The evidence is drawn from many areas, including architecture, language, and belief.”

The new study published in Meteoritics and Planetary Science confirmed what researchers have been speculating for years.

Interestingly, ever since the tomb of King Tut was discovered in November of 1922, by Howard Carter and Lord Carnarvon, a scientific debate started discussing the nature of the materials of one of the two daggers found on the body of Tutankhamen inside the tomb.

But the debate was well justified: Ancient Egyptian artifacts made of similar elements were extremely rare. They did not develop metallurgy that advanced during the early periods of history. This is why it was considered more precious than gold explains Francesco Porcelli, professor of physics at the Polytechnic of Turin.

From the beginning, the high-quality manufacturing techniques used in the production of the dagger surprised most scholars, who accept that it reflects the capacity of iron production that had been reached at the time of Tutankhamen.

The Pharaonic dagger aroused the curiosity of researchers since the beginning. Details of the discovery indicated that since the beginning the item was considered an incredibly precious artifact: It measures 35 cm and was found to be rust free at the time it was discovered together with the mummy of King Tut.

According to the new study:

“Beyond the Mediterranean area, the fall of meteorites was perceived as a divine message in other ancient cultures. It is generally accepted that other civilizations around the world, including the Inuit people; the ancient civilizations in Tibet, Syria, and Mesopotamia; and the prehistoric Hopewell people living in Eastern North America from 400 BCE to 400 CE, used meteoritic iron for the production of small tools and ceremonial objects.”

Porcelli clarifies how researchers established that the dagger was composed of metals from space. Studies indicated that the composition of the iron dagger is as follows: It contains 10 percent nickel and 0,6 % cobalt. These are typical concentrations of meteorites. To think that they were the result of an alloy, at these concentrations, is impossible“ said Porcelli.

The study means that finally the controversy behind the dagger and its curious construction process can be put to rest.

More from Beyond Science: