Unexplained Mysteries of the World

Everybody loves a good mystery, and the world is full of them – many of which still haven’t been solved to this day, no matter how long ago they took place.
Here are a few unsolved mysteries to stoke your curiosity. You’ll always be wondering.

On an island off the coast of what is now known as North Carolina, approximately 115 English settlers formed a colony in August of 1587. Governor John White had led the colonists across the Atlantic on the ship Hopewell to Roanoke Island.

In need of more supplies for the colony, John White sailed back to England to get them. While he was away, a naval war broke out between England and Spain, and White’s return was delayed again and again as all ships were needed to fight the Spanish Armada.

He was finally able to return to Roanoke in August of 1590 to find all the colonists gone without a trace – including his wife, daughter, and granddaughter (Virginia Dare, the first English child to be born in the Americas).

All that was left was the word “Croatoan” carved into a wooden post. Croatoan was the name of an island South of Roanoke inhabited by a Native American tribe of the same name. Ever since then there’s been speculation over what happened. Many of the theories surrounding what happened to the lost colony of Roanoke revolve around the Croatoan clue.

It’s possible the settlers were killed by the native Croatoans, enslaved or abducted by them, or even adopted into their tribe. Natives had been known to allow others to assimilate into their tribes in the past. It’s also possible the colonists attempted to sail back to England and ended up lost at sea, or that the Spaniards marched up from Florida and took them out. 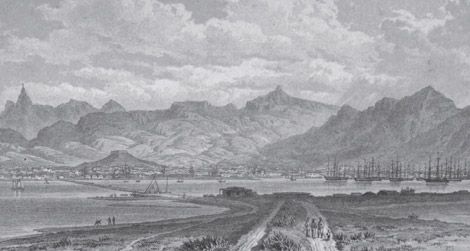 Etienne Bottineau was a French engineer with an uncanny ability to predict the arrival of ships anywhere from 350 to 700 miles away. He used this ability, coined nauscopie, to win many bets in taverns at port.

Some called it sorcery, but Bottineau called it science. He said his nauscopie was a science of discovering ships and land at a great distance that he produced through thorough observation and years of trial and error.

Between 1778 and 1782, Bottineau correctly predicted the arrival of about 575 ships two, three, or even four days ahead of the usual coastal signals. He could even tell if it was one or several ships approaching.

No one really ever knew how he was able to predict the arrival of ships, but some have speculated it has something to do with the effect an approaching ship has on the atmosphere.

The Last Flight and Disappearance of Amelia Earhart

In July of 1937, she disappeared somewhere over the Pacific Ocean while she was in the middle of flying around the world. The wreckage of her plane was never found, and she was declared lost at sea. Earhart and her navigator were last seen leaving Lae, New Guinea, after a pitstop on the way to the next refueling location on Howland Island when they lost radio contact with the Coast Guard and disappeared en route.

There are several theories of what happened to Earhart. The crash and sink theory says her plane ran out of gas while she was searching for Howland Island and she crashed into the sea nearby. Many expeditions searched for the wreckage over the years and came up with nothing.

Another theory speculates that Earhart and her navigator ended up as castaways before dying on an island called Nikumaroro in the Republic of Kiribati. There’s actually a bit of evidence to support this – Navy planes flew over the island soon after Earhart’s disappearance and noticed signs of recent habitation but no plane.

The real kicker is that bones were found on Nikumaroro in 1940 that are now strongly suspected to belong to Earhart. A forensic anthropology report claims the bones are a 99 percent match to her, but the bones were later lost, so there’s no way to prove it. 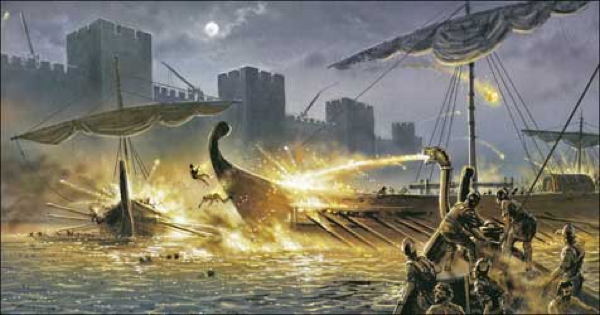 Way back in the heyday of the Byzantine Empire (think the 7th century), Greek fire was created to protect the city of Constantinople during the Arab siege. Greek fire was basically an incendiary liquid potion that was heated and pressurized and then shot out through a siphon.

Greek fire could burn on water, stick onto surfaces, and was only extinguishable with sand, vinegar, or old urine (oddly enough). If you’ve ever seen Game of Thrones, it’s quite similar to wildfire.

The ingredients of this scarily efficient weapon are lost to us now. Even when Greek fire was used, the ingredients were guarded and hard to figure out – even enemy armies who captured the liquid and its delivery machine couldn’t figure out how to replicate them.

The closest things we have to it today are napalm and flamethrowers. Plenty of people have tried to make copies of Greek fire but never quite got the ingredients right to have the same properties as the original – which could either be a blessing or a curse.

An incredibly strange medieval text, the Voynich Manuscript (named after Polish-American antique bookseller Wilfrid M. Voynich who acquired it in 1912) is filled with unusual drawings and text in a language dubbed “Voynichese” that no one can understand or decipher.

The manuscript is divided into 4 general sections based on subject matter that still baffle experts to this day. One category is filled with botanical drawings of 113 unidentified plant species – no one knows what they’re supposed to be or if they’re even real.

Another part of the manuscript has astronomical and astrological drawings like mesmerizing astral charts with radiating circles, suns, and moons, along with Zodiac symbols like fish for Pisces, a bull for Taurus, and an archer for Sagittarius. Some pages are foldout drawings of celestial charts that don’t match up with any known calendar.

Things get really interesting in the balneological (the science of the therapeutic use of baths) slash biological section, which is filled with drawings of naked women. There are pictures of naked women around the astrological charts, full pages of naked women bathing in green liquid, naked women being propelled by jets of water, naked women supporting rainbows with their hands, and even naked women hanging out on a pair of ovaries.

The last section is pharmacological. There are over 100 more drawings of plants, but they’re actually identifiable as medicinal herbs and roots, some in red, blue, or green jars. That’s followed by pages upon pages of writing (that may or may not be herbal recipes) in the mysterious and never-decoded Voynichese crypto-language.

The Disappearance of the Flannan Lighthouse Keepers 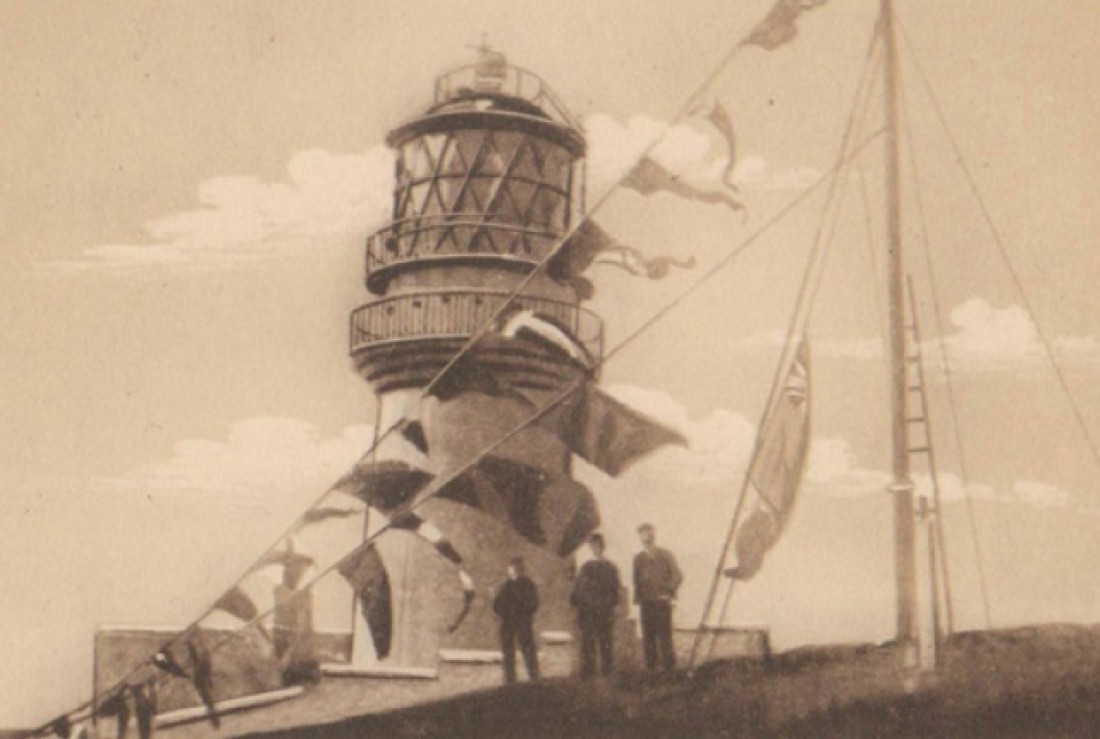 In December of 1900, three lighthouse keepers (Donald Macarthur, James Ducat, and Thomas Marshall) vanished from Eilean Mar, one of the seven islets of the Flannan Isles off the coast of northwestern Scotland.

The boat Hesperus was on the way up for a regular lighthouse keeper relief rotation when delayed by a storm.  Once it arrived, none of the normal landing preparations had been performed, the flagstaff was bare, and the keepers didn’t come out to greet the Hesperus. Upon investigation, the keepers weren’t there at all.

A strange set of clues was left behind: an overturned chair, a stopped clock, plates of meat, potatoes, and pickles on the kitchen table, only one of the three keepers’ oilskin coats, the lamp ready for lighting, and the lighthouse’s log book. The logbook reports severe winds in an awful storm on December 12th, and a note that the storm ended and the sea was calm on December 15th – the last entry. Oddly enough, no storms were reported in the area from the 12th to the 15th – all should’ve been calm until the 17th.

The only real inhabitants of Eilean Mar were sheep, and the local sheepherders and visitors alike regarded the isle as a paranormal place. Wild theories of what happened to the lighthouse keepers spun off in that direction – perhaps supernatural beings, madness and murder, government spies, or aliens.
What most likely happened, is that the keepers went down from the lighthouse for routine work when a giant wave came down upon them and swept them away out to sea – but this can’t be confirmed.

Unexplained Mysteries That May Never Be Solved

These are a few of the many unexplained mysteries of the world, and there are plenty more out there to feed our curiosity.

There’ll always be something for us to wonder about.