Ancient legend of the Amazon’s boiling river turns out to...

In the Peruvian region of the Amazon jungle, there is an ancestral legend that tells the story of a boiling river, capable of burning any living thing that dares to swim in its waters. Now, a scientist has found the boiling river which according to many was just a myth.

The rivers indigenous name—Shanay-timpishka—means “boiled with the heat of the Sun.”

To this ancient legend, we have the stories of Spanish conquerors, who pointed out the existence of this river. However, it was only believed to have been a legend, as boiling rivers don’t exist, do they?

Well, technically they do exist but they are associated with volcanoes or thermal phenomena of igneous origin. This one is unique.

Well, you’d be surprised about all of the things that turn from myth into reality. A Peruvian scientist has discovered the mythical river.

Andres Ruzo, a scientist who, despite the fact that his colleagues believed finding the boiling river was impossible, managed to discover the mythical place. 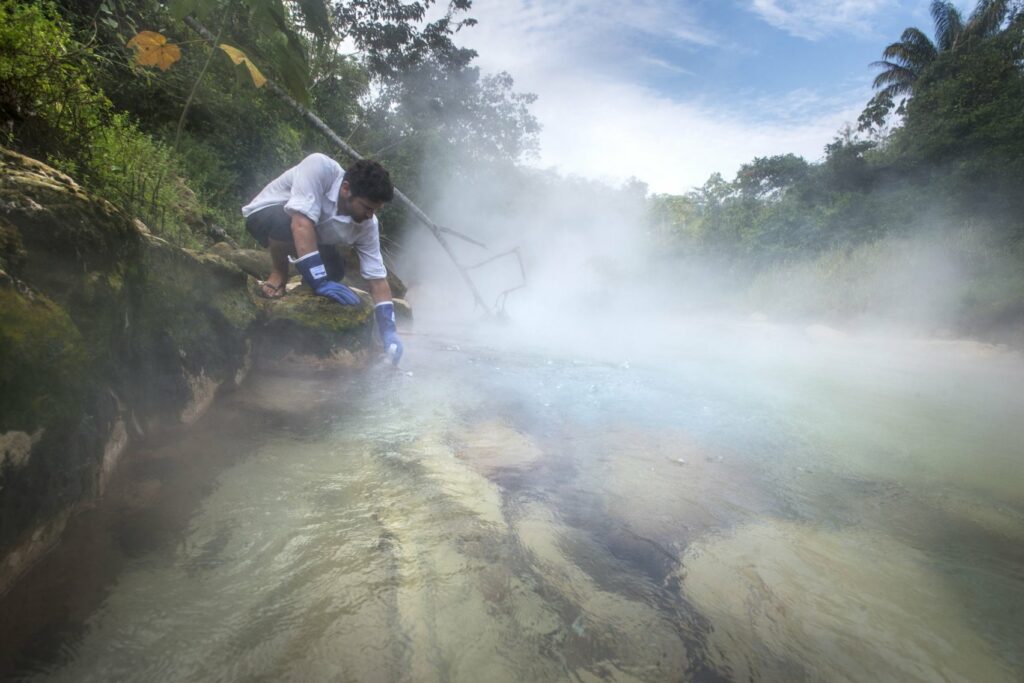 As he confessed, he relied on the words of his mother, who once told him that the river existed and that she had seen it when she was a child.

And while we know of boiling rivers associated with volcanoes or other rare thermal phenomena, this boiling river is unlike any other.

In the region in the Amazon where the river is found, there are no known volcanoes.

When Ruzo introduced a thermometer in the waters of the river he found, it measured 86 degrees Celsius.

As explained by Ruzo, the river stretches 25 meters from one shore to the other, its 6 meters deep, and the hot water circulates along a course of more than 6 kilometers.

Speaking about his discovery in a TED talk, Ruzo said: “When I saw this, I immediately grabbed for my thermometer. The average temperature in the river was 86 degrees Celsius, not quite boiling but close enough… It’s not a legend.”

The nearest known volcano is 700 kilometers away, making this river of boiling water a real enigma for science. This makes the river discovered by Ruzo the only river of its kind discovered anywhere on Earth.

The river system is believed to be part of an enormous hydrothermal system, one so unique; it hasn’t been seen anywhere else on the planet.

Scientists have revealed—thanks to a chemical analysis of the river’s water—that the water in the river originally fell as rain, perhaps somewhere in the Andes. As the water travels, down into the ground, it is heated up by our planets geothermal energy, and it eventually emerges in the Amazon as a BOILING river.

The river’s waters are deadly. The water gets extremely hot, and Ruzo has even witnessed animals falling into it and slowly boiling to death.

“The first thing to go are the eyes,” he explained in his TED talk.

The river is a true natural wonder unique to the Amazon.