Akhenaten—The Pharaoh who challenged the Gods

Akhenaten was the most controversial Pharao ever to rule the Ancient Egyptian Empire and is considered as one of the potential founders of monotheistic religion on Earth. He worshiped the Aten—the Sun Disk and said he was directly related to God. “There is only ONE God, my father, and I can approach him be it by day, or by night.” 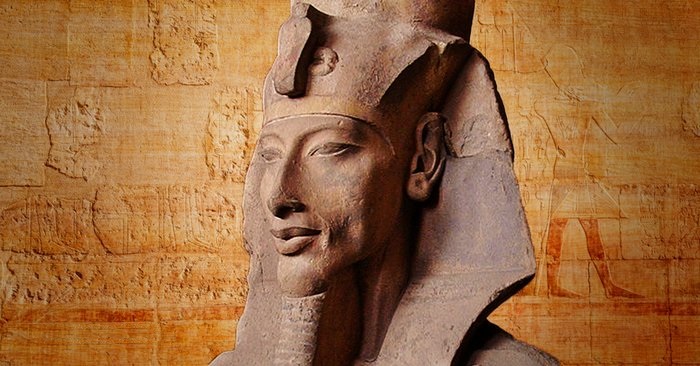 Husband of Nefertiti and father of Tutankhamun, his reign was marked by a deep religious revolution that made the mighty empire tremble, like nothing before. He is remembered as a heretical and revolutionary ruler who had the ‘guts’ to implement change in an unforgiving ancient empire, by introducing what is believed to be the first monotheistic religion on Earth.

Together, Akhenaten and Nefertiti tried replacing the vast pantheon of ancient Egyptian gods by a monotheistic cult dedicated to the worship of Aten, god of the Sun and creator of the Universe.

Once he became the ruler of ancient Egpyt, Akhenaten ordered all iconography of ancient Egyptian gods to be removed. This angered many.

To implement their drastic changes, Akhenaten and Nefertiti ordered the destruction of all shrines dedicated to other deities and even moved the capital of the empire, historically located in the city of Thebes, to Amarna, where in a few years they built a sumptuous settlement and luxurious palaces of worship the new God—The Sun disc, or Aten.

The Aten, aka Aton, is the disk of the sun in ancient Egyptian mythology, and originally an aspect of the god Ra.

The accumulation of power made the very foundations of the Ancient Egyptian falter. The army which was dedicated to persecuting religious revolts was not in a position to dispel Hittite attacks; and the ancient priests, resentful after their displacement, were making sinister plans to end the new reign imposed by the controversial Pharaoh.

After a series of catastrophes, and in the middle of a cruel epidemic, Akhenaten died, and his son Tutankhamun took possession of the throne. The new Pharaoh undid his father’s reforms and led the empire to a new period of splendor.

His reign was marked by mystery.

Based on the remains archaeologists discovered from the reign of Akhenaten, it is believed that his reign lasted around 17 years.

But before his fall he made sure the world would forever remember him.

Once he took control of the empire, Akhenaten ordained new priests and forced priests of Amun into the service of his new monotheistic religion, while proclaimed himself and his wife living gods. Akhenaten claimed he was a direct descendant from the Aten and made the entire nation worship him as a God.

He elevated Nefertiti to a divine status, and she married Akhenaten when she only had around twelve years.

Akhenaten made many controversial claims after abandoning ancient Egyptian polytheism and introducing his religion centered on the Aten.

The heretic Pharaoh claimed how “There is only ONE God, my father, and I can approach him be it by day, or by night.”

And while many argue that this ancient Pharaoh may have been more than just a heretic Pharaoh—even a hybrid alien—researchers claim that Akhenaten’s strange appearance was the result of an illness called Marfan’s Syndrome while others indicate that he suffered from elephantiasis and Froelich’s Syndrome.

It is noteworthy to mention how there are some scholars who have made drastic connections between Akhenaten and Moses.

Sigmund Freud proposed a set of interesting theories. Freud argues how Moses was in fact an Atheist Priest who was exiled from ancient Egypt together with his followers after Akhenaten’s reign had ended.

While Akhenaten’s monotheistic reign came to an abrupt end, it is believed that his ideas continued living after him.

Many authors point to striking similarities between Moses and Akhenaten. According to history, Akhenaten had chosen the Heliopolitan solar form of the Egyptian temple and implemented it as the place where the Aten was to be worshiped.

Curiously, Moses, on the other hand, was the first to implement a temple into Israelite worship, after creating the Tabernacle at Sinai.