14 Massive Monoliths Of The Ancient World

Monoliths (aka menhirs or obelisks) are upright stones that have been used to create impressive structures around the world. These great monuments can appear on their own, or as part of a group (e.g. stone circles, temples, tombs etc).

The erection of these monoliths mainly took place in the Neolithic, later continuing into the Bronze Age. They were typically hewn from the land and raised on sacred sites that our ancestors deemed worthy of honoring. Their size varied considerably, but their shape is generally uneven and squared, often tapering towards the top.

A number of ancient Egyptian obelisks are known to have survived, plus the “Unfinished Obelisk” found partly hewn from its quarry at Aswan. Had it have been erected, it would have been the tallest megalith in the world! These obelisks are now dispersed around the world, and fewer than half of them remain in Egypt. 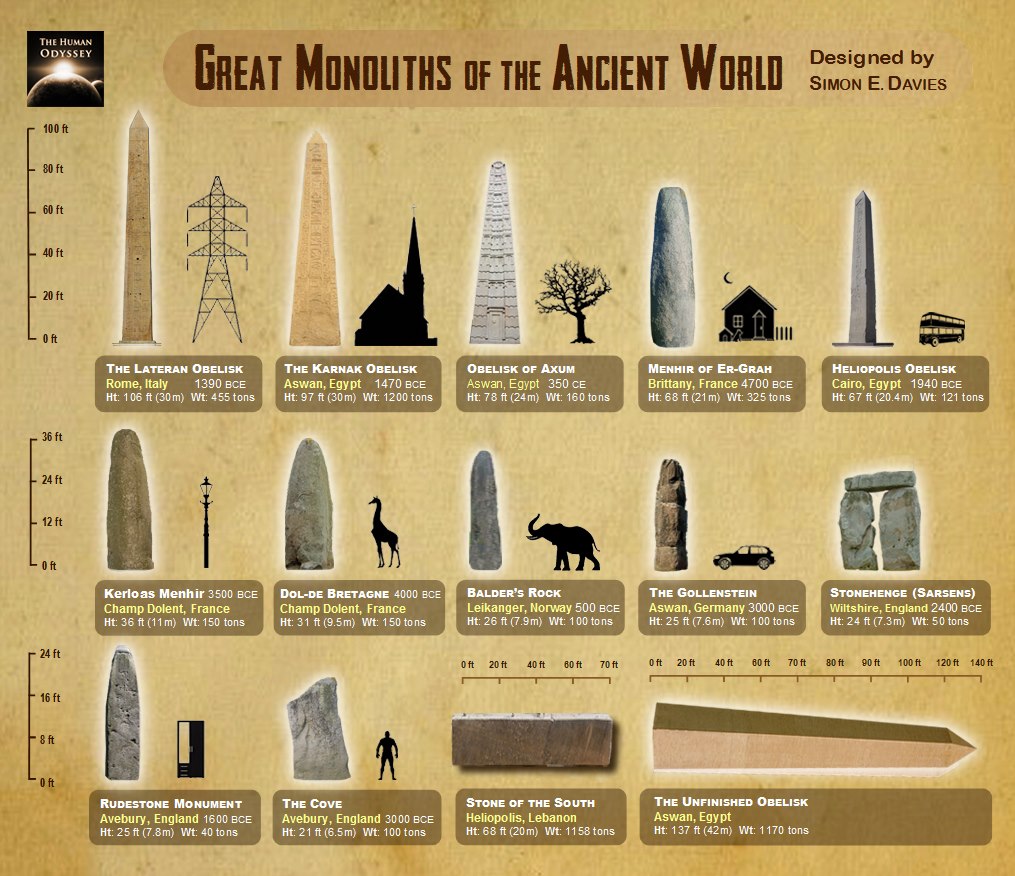 It was said that many of the ancient obelisks were used to mark the passing of royal personages (e.g. the Karnack Obelisk is associated with King Thutmose I, and the Stella of Axum with the Queen of Sheba). Even the Great Menhir of Er-Grah is built next to an ancient tomb suggesting it is a grave marker worthy of a significant hero or king from the Neolithic era.

It is also said the pyramids and obelisks might have been inspired by previously overlooked astronomical phenomena connected with sunrise and sunset: the zodiacal light and sun pillars respectively.