Shemsu Hor, the Celestial architects of the Great Sphinx, an...

There is something that tells us that the official chronology of human history is completely wrong. There are findings that indict there was another civilizations way before us on Earth, civilizations that had knowledge and technology far superior to what we have today, a sophisticated society that could answer the numerous enigmas surrounding our civilizations and ancient history.

Having that said, I have to mention that without a doubt the followers of Horus remain as one of the greatest and most mysterious enigmas for researchers and historians when it comes to Egyptian history. These ‘mythical beings, referred to in the Turin Papyrus, the Palermo stele and other ancient texts, tell the unsettling story which some mainstream researchers have classified as disturbing and nothing more than empty mythological tales, the truth however is far more surprising.

Reference to the mysterious ‘beings’ can be found in several texts. We learn of their existence in ancient Egypt before the first dynasty of Pharaoh’s. For Egyptologists, these beings are mythological entities, the result of ‘wild stories’ that were taken out of context by many, yet their existence seems to be of extreme importance. 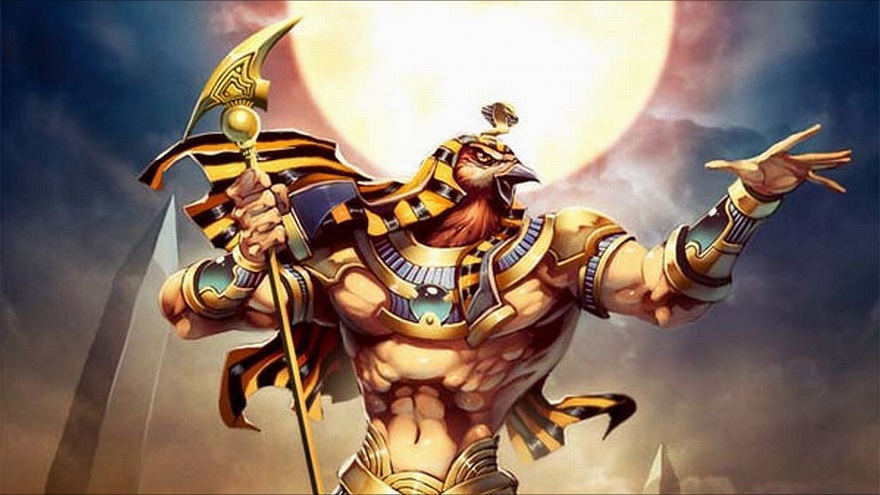 A recent ‘controversial’ study of the Great Sphinx of Egypt has challenged mainstream archaeological vies about its age, origin and builders. The study presented at the International Conference of Geoarchaeology and Archaeomineralogy held in Sofia titled: GEOLOGICAL ASPECT OF THE PROBLEM OF DATING THE GREAT EGYPTIAN SPHINX CONSTRUCTION, suggests a controversial and revolutionary theory which suggest the Great Sphinx of Egypt could be at least 800,000 years old. (Source)

According to Manichev and Parkhomenko, the authors of the study, “The problem of dating the Great Egyptian Sphinx construction is still valid, despite of the long-term history of its research. Geological approach in connection to other scientific-natural methods permits to answer the question about the relative age of the Sphinx. The conducted visual investigation of the Sphinx allowed the conclusion about the important role of water from large water bodies which partially flooded the monument with formation of wave-cut hollows on its vertical walls.” (Source)

“The morphology of these formations has an analogy with similar such hollows formed by the sea in the coastal zones. Genetic resemblance of the compared erosion forms and the geological structure and petrographic composition of sedimentary rock complexes lead to a conclusion that the decisive factor of destruction of the historic monument is the wave energy rather than sand abrasion in Eolian process. Voluminous geological literature confirms the fact of existence of long-living fresh-water lakes in various periods of the Quaternary from the Lower Pleistocene to the Holocene. These lakes were distributed in the territories adjacent to the Nile. The absolute mark of the upper large erosion hollow of the Sphinx corresponds to the level of water surface which took place in the Early Pleistocene. The Great Egyptian Sphinx had already stood on the Giza Plateau by that geological (historical) time.”

This means that history as we know it, when it comes to Ancient Egypt needs an urgent update, an update that can welcome the new theories and evidence postulated by researchers who decided to question official views and look for alternative explanations.

Where did the ancient Egyptians come from? What is their true origin? Maspero was able to combine with incredible skill an explorers profile with that of an experienced archaeologists and concluded that the people who created this sophisticated ‘corpus of belief’ were already present in modern day Egypt long before the first dynasties of ‘mortal’ Pharaohs ruled over the lands of ancient Egypt.

In order to understand the origin, beliefs and the incredible stories behind the ancient Egyptians we must change our thinking methods and look at our history from an entirely different perspective.

Gaston Maspero, visited Egypt in 1880 part of the French mission to the country, and like many others before and after him, Maspero was hypnotized by the immense beauty of the Giza Plateau, the Pyramids and above all the Great Sphinx, a monument that baffled him. After this journey, Maspero put huge efforts into studying everything related to the ancient Egyptian civilization…

“…The Great Sphinx Harmakhis has mounted guard over its northern extremity ever since the time of the Followers of Horus. Hewn out of the solid rock at the extreme margin of the mountain plateau, he seems to raise his head in order that he  may be the first to behold across the valley the rising of his father the Sun. Only the general out- line of the lion can now be traced in his weather- worn body. The lower portion of the head-dress has fallen, so that the neck appears too slender to support the weight of the head.” -The Dawn of Civilization: Egypt and Chaldea, 1894 (source)

Some of the beliefs of Maspero might sound surprising to many archaeologists and researchers but Maspero simply reflected the beliefs and the ancient Egyptians in relation to their ancestors, underlining the importance of Pre-Dynastic Egypt and the time of the Followers of Horus, the race of semi-divine beings that ruled over the lands of ancient Egypt before mortal Pharaohs.

But much before Maspero, others looked back at ancient Egyptians history from a completely different point of view.

Manetho (III century BC), was an Egyptian priest and historian who lived during the reign of Ptolemy I and Ptolemy II. He, like many others after him, referred to these gods and demigods who ruled over Egypt in his work  Aegyptiaca (History of Egypt).

Manetho established four dynasties before Menes, two of gods, demigods and a fourth transition suggesting the origin of the Egyptian civilization can be attributed to 7 major deities: Ptah, Ra, Shu, Geb, Osiris, Seth and, Horus, who ruled over the lands of Egypt for a period of 12,300 years. After them, a second dynasty ruled over Ancient Egypt led by Toth, composed of 12 ‘divine Pharaohs’ who ruled over 1500 years and after which 30 demigods rose to power, these were usually identified with the Followers of Horus and were symbolized as Falcons and ruled the lands of ancient Egypt for a period of 6,000 years. After the rule of these ‘otherworldly’ beings, Chaos ruled over the lands of Egypt until Menes managed to restore order and unify the land of ancient Egypt.

The best known reference to the Followers of Horus is found in the Royal Canon of Turin, a fragmented papyrus that tells us, that these mysterious beings ruled Egypt for approximately 6,000 years, in an interim period between the reign of the gods and the early dynasties of pharaohs. This invaluable ancient text kept in the Egyptian Museum in Turin, Italy is also referred to as the Royal Papyrus of Turin and literally contains a list of rulers of Ancient Egypt, before and after ‘the followers of Horus’ ruled the lands of Ancient Egypt. The ancient document contains a list of the rulers of ancient Egypt from Menes (or Narmer) to the troubled XVII dynasty. Although the beginning and the end of the list is lost, at the back of the papyrus a detailed list of Ancient Egyptians rulers before the ‘first mortal Pharaoh’ is displayed, rulers of ancient Egypt which were ‘divine’ or ‘semi-divine’ and were not mortal humans like Menes.

Interestingly, according to website Gigalresearch, It was the researcher and philosopher Schwaller de Lubicz (1887-1961) who, generally “imposed” the translation of “Shemsu Hor” as “Followers of Horus”, which has been taken up by thousands of others since. He thus understood that very advanced people arrived in Egypt at prehistoric times and suddenly brought all the knowledge

One of the biggest questions is… how should scholars interpret the Royal Canon of Turin? What about the mysterious beings who ruled over Egypt before the time of the Pharaohs? Were these beings real, flesh and blood rulers? Or are they mythological rulers that did not exist?

Mainstream archeologists seem to undermine the historical significance of this incredibly valuable ancient text, ignoring completely the contents that do not fit into their views of history. The reason behind is simple, if the ancient text does not agree with their version of history, it must be irrelevant, fake, or made up.

This, however, isn’t exclusive to ancient texts that challenge history, the same thing is done with researchers who question mainstream archaeological views, in that list we can find researchers as Robert Schoch, John Anthony West, Robert Bauval, Graham Hancock and Semir Osmanagic who have questioned not only history but the core foundations of our society.

While today, no one can accurately say who built the Pyramids of Giza nor the Great Sphinx, it is firmly believed and accepted by many that these incredible monuments of the Giza Plateau predate the ancient Egyptian civilization by thousands if not, hundreds of thousands of years. It is very possible, according to many researchers that the Followers of Horus and those who ruled before them could have created some of the most enigmatic monuments we see in Egypt today.

If we learned anything from the ancient texts and authors mentioned in the article it is that today’s scholars have become extremely selective, accepting only what fits into their ‘narrow’ view of human history while rejecting and censuring potential theories that could revolutionize everything we know about the history of mankind. Proof of the selective approach of mainstream scholars is the fact that today’s Egyptologists still use Manetho’s dating, which is considered perfectly reliable for everything related to the “officially” recognized dynasties, while avoiding anything that relates to the prehistoric dynasties.