New research has helped scientists unravel the mystery behind the Antikythera Mechanism, the world’s oldest computer which may have been used to predict the future… sort of.

According to researchers, the Antikythera Mechanism is the world’s oldest computer and was a device used as a ‘guide to the galaxy.’ The device has fascinated researchers for decades as nothing of the sort was known to have been made by mankind for thousands of years.

The enigmatic device has been studied for one hundred years since it was discovered. According to researchers, the 2,100-year-old device was the world’s oldest computer.

This sophisticated, ingenious and out-of-place artifact was discovered in an ancient shipwreck off the coast of Greece one hundred years ago. For over a century, the exact function of the device remained a profound mystery since researchers were unable to decipher it due to the lack texts describing it. The small amount of text that survived on the device itself didn’t help researchers.

However, new studies have helped understand the world’s oldest mechanical computer. Thanks to the few words imprinted on the corroded fragments of gears and plates, researchers theorized that the Antikythera Mechanism –the world’s oldest computer—was used as an astronomical device.

However, much of the history of the ancient device remained a mystery for researchers.

But technology has its ways, and thanks to efforts using cutting-edge scanning devices, an international group of researchers has managed to read some 3,500 characters of ‘explanatory’ text, which is believed to be a quarter of the original text, in the innards of the ancient computer.

According to researchers, it was used as some kind of ‘philosophers guide to the galaxy’.

‘Now we have texts that you can actually read as ancient Greek, what we had before was like something on the radio with a lot of static,’ said team member Professor Alexander Jones, a professor of the history of ancient science at New York University.

‘It’s a lot of detail for us because it comes from a period from which we know very little about Greek astronomy and essentially nothing about the technology, except what we gather from here,’ he said. ‘So these very small texts are a very big thing for us.’

The device has fascinated researchers for decades as nothing of the sort was known to have been made by mankind for thousands of years.

“It’s like a textbook of astronomy as it was understood then, which connected the movements of the sky and the planets with the lives of the ancient Greeks and their environment.”

“I would see it as more something that might be a philosopher’s instructional device.”

The fragments of the Antikythera Mechanism were raised from a mid-1st-century BC shipwreck off the coast of Greece. In the past, researchers speculated what the functions of the gear inside the devide were. It was nearly impossible to decipher the mechanism since researchers couldn’t read more than a few hundred letters that were buried inside the multi-geared instrument.

The quest to decipher the mechanism began some 12 years ago when researchers used x-ray scanning and imaging technology to analyze 82 scattered pieces of the device.

‘The original investigation was intended to see how the mechanism works, and that was very successful,’ Professor Edmunds said.

‘What we hadn’t realized was that the modern techniques that were being used would allow us to read the texts much better both on the outside of the mechanism and on the inside than was done before.’
According to researchers, based on the style of the text, which was very formal and detailed, the ancient computer was not used as an ordinary device.

‘It takes it to me out of the realm of executive toys – an executive wouldn’t pay all that money to have all that waffle – it’s more serious than a toy,’ he said.

Scientists speculate that the Antikythera Mechanism was invented in Greece sometime between 200 and 70 BC. However, this can’t be confirmed as there are no texts that mention the device and no makers signature has ever been found. 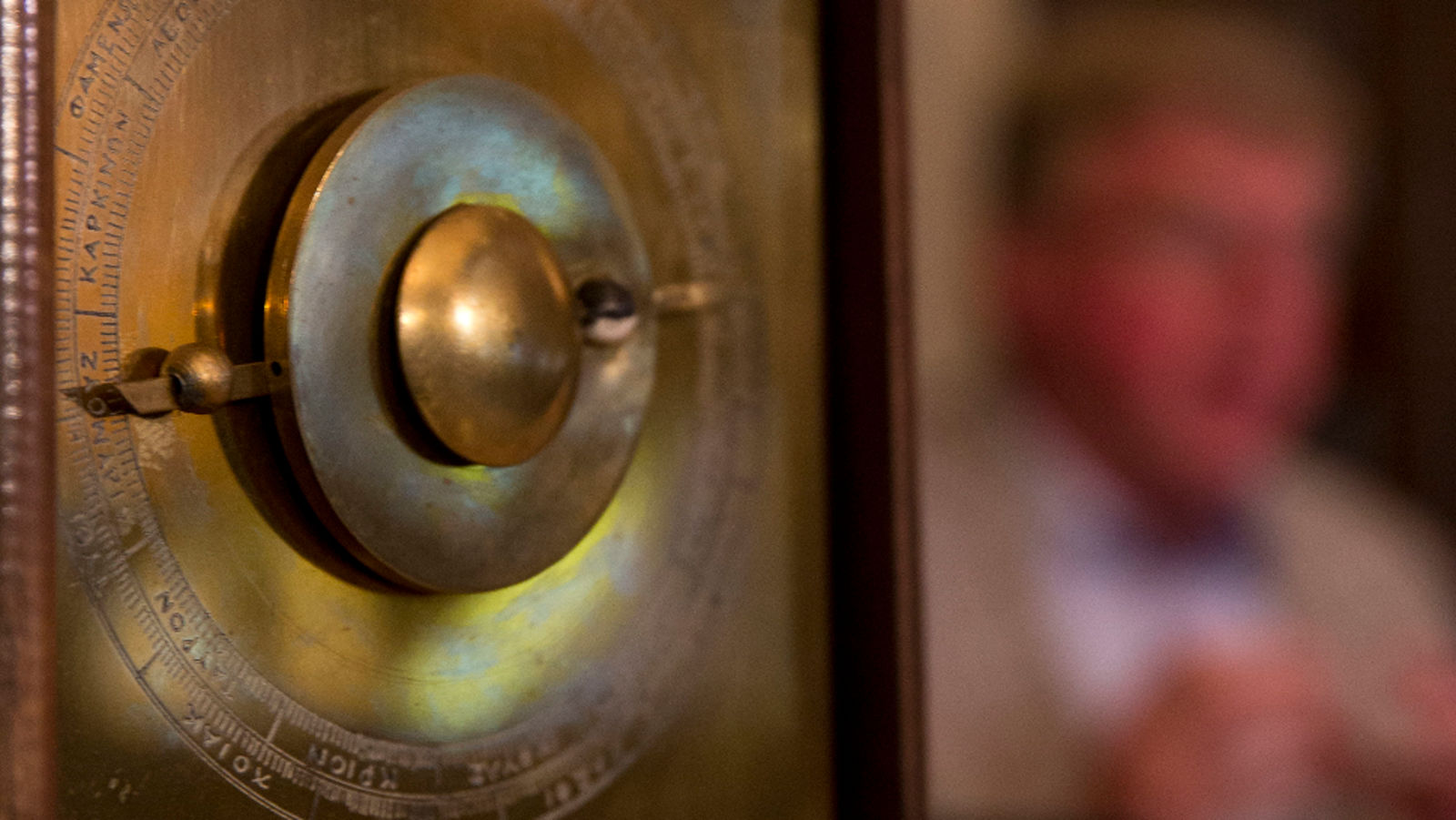 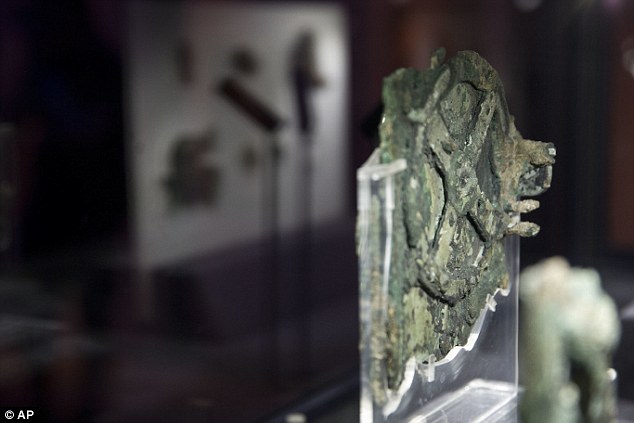 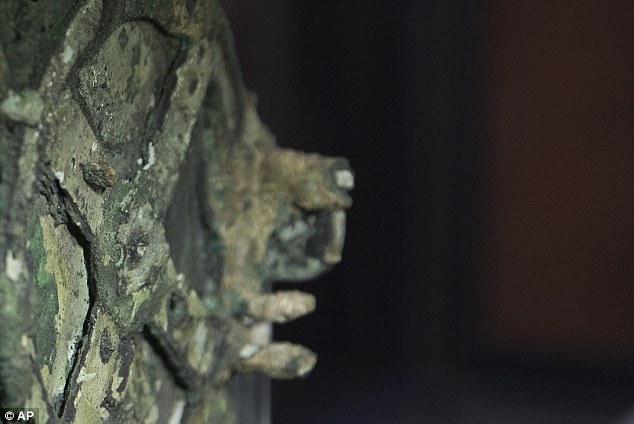 'guide to the galaxy', Antikythera mechanism