These images are the ultimate proof that ancient builders had access —thousands of years ago— to advanced technology that allowed them to drill granite with extreme accuracy. The marks left behind have caused great confusion among mainstream scholars.

Are these the remains of a lost pre-flood civilization? Interestingly, similar drilling holes are not only found in Egypt, but in the Americas, Asia, and other parts of the world. 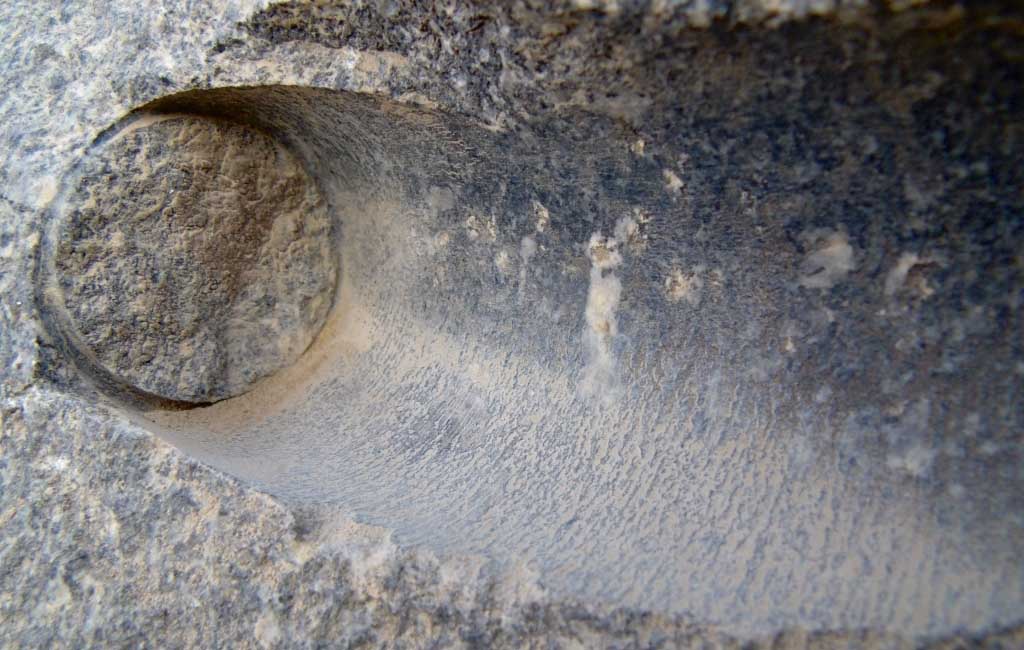 For over decades, the idea that Ancient Egyptians have had access to advanced technology thousands of years ago has been circulating among researchers around the Globe. Due to the sheer amount of evidence, many people state that it has become clear that numerous ancient civilizations around the globe –among them the Ancient Egyptians—have worked for centuries with advanced technology which has today, been lost.

Researchers who support this theory point to incredible ancient sites around the planet and one of the most incredible locations is, without a doubt Abusir. The name originates from ‘Per Ousir’ which translated means Home of Osiris.

Located in the vicinity is Abu Ghorab which is another site filled with great mystery and unexplained construction techniques. Currently, at Abusir there are five pyramids which are accessible and belong to Pharaohs  Sahourê, Niouserrê, Néférirkarê, Néferefrê and Queen Khentkaous II.

Many who have visited Abusir have witnessed unexplainable things ancient Egyptians achieved thousands of years ago in terms of construction. The huge blocks of granite show drilling holes with a precision that matches modern-day techniques. One of the greatest enigmas among researchers remains the mystery of how ancient Egyptians managed such precision and accuracy at a time when advanced technology was not available? In order to drill granite today hydraulically pressured diamond-tipped machines are used. According to mainstream scholars, these machines were obviously not available to ancient Egyptians thousands of years ago yet, somehow, the huge granite blocks display evidence of similar machinery.

According to mainstream Egyptologists, ancient Egyptians used copper saws, water, and sand in order to cut granite. These tools and techniques would have allowed them to separate stone blocks into two pieces, however, in order to reach the level of precision found at ancient sites such as Abusir, hand-tools, water, and sand are not enough.

It is not a valid statement by Egyptologist that ancient people used handmade tools in order to create the mind-boggling drilling holes seen all across Abusir. It isn’t enough in terms of pressure and regularity. As website Revelations of the Ancient World explains, in order to cut granite today, a pressure on the drilling head of around 18-30lbs/sqi is needed. This is 226 to 380lbs of pressure for a 4-inch diameter drill hole.

It is hard –scratch that– it is impossible to think that this was achieved thousands of years ago by hand while holding handmade tools. The level achieved by ancient builders of Abusir is astonishing and can only be compared to modern-day machines.

The incredible drilling holes located at Abusir point to lost pages in our history. There are certain things that have been left out of our history by mainstream scholars who have failed to understand how such achievements were possible thousands of years ago.

In ancient Egypt, Abusir isn’t the only site where we can find evidence of advanced technology used thousands of years ago. It isn’t an isolated case even where advanced drilling techniques were used.

At Sakkara, approximately 10 kilometers south of Giza there are many examples of advanced stonework, where incredibly-carved granite pillars with smooth rounded sides and sharp angles are found. The Great Pyramid of Giza is another example. Inside the King’s chamber, there is an artifact erroneously labeled by mainstream scholars as ‘sarcophagus’. Even though no mummies have ever been found and no sign indicating there was one in the past; the gigantic box is made of Aswan rose quartz granite and features more examples of extremely advanced tools being used in the construction process. Many researchers agree that whoever built the huge box most likely used diamond bits in order to achieve such precision.