Are the footprints embedded in rock in India evidence of ancient astronauts?

A village in central India has fueled discussions on numerous social networks about the discovery of a mysterious set of “footprints” embedded in rock next to depictions of a flying object.

The village in question is called Piska Nagri, and it is located in the outskirts of the city of Ranchi in the State of Jharkahnd. This is where geologist Nitish Priyadarshi has been studying mysterious and striking footsteps, which according to local legend, could prove to be evidence pointing towards the presence of sky gods who landed at the region in the remote past. The footprints are located on rock and look as if they were made with wooden sandals commonly used for thousands of years by the inhabitants of the region. One of the tracks is 28 centimeters long and 11 centimeters wide. It is believed that the god-kings of Hindu mythology, Lord Rama and Lord Lakshmana, spent time in this area while searching of Rama’s wife, Sita. 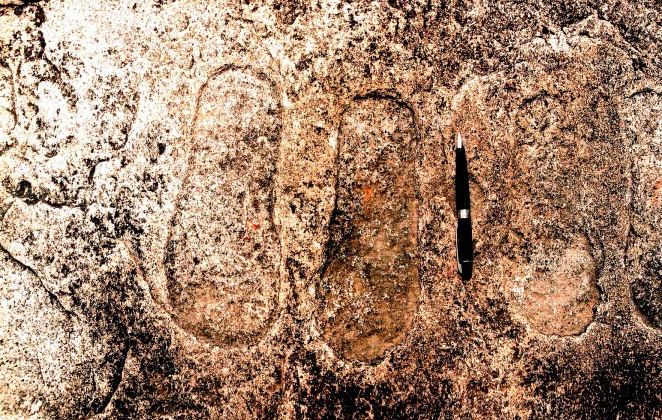 According to Priyadarshi the traces are made of granite, and thus were recorded rather than carved out of solid rock. “They might have been made by hand by local people of that time to commemorate the visitors,” said the geologist.

Interestingly the most amazing part is that next to these striking footprints, there are depictions of what appear to be flying objects. The footprints and UFO’s appear to be part of the identical scene, they might have been created on purpose by ancient man who tried to explain how these “sky gods” came to Earth.

The age of the tracks has not yet been officially clarified. “Looking at the wear and tear, the product erosion and climate, one can say that the age of these mysterious depictions could be over thousands of years if not more. Interestingly, throughout history there were many archaeological discoveries of footprints, including what appear to be boots and other strange findings scattered in different parts of the world. 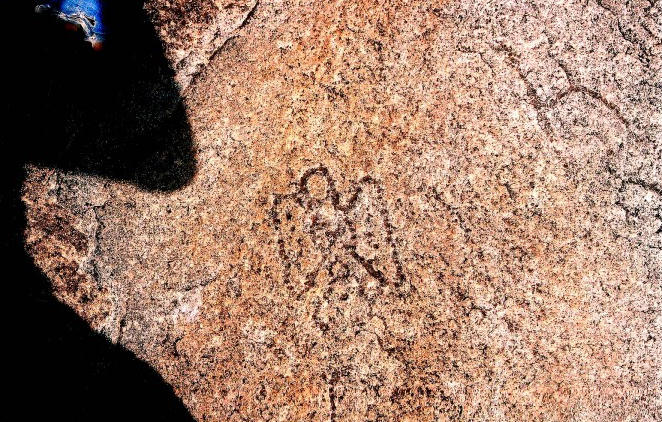 In ancient times, the Romans recorded footsteps before going on journeys as a ritual of protection, which they believed would ensure them a return without problems. In Ireland and other parts of Northern Europe, footprints in rock were associated with royalty and leadership.

Despite intensive investigation and with all of our advanced technology, it seems that we have not been able to decipher a small percentage of our ancient history. There are numerous ancient sites that remain a mystery to archaeologists and researchers.

Each year, new discoveries are being made, and all of these seem to indicate that we have very little knowledge when it comes to ancient civilization that inhabited Earth in the distant past. Perhaps, it is time to change our approach on these subjects, and maybe then, we will find answers to many questions that have so far, remained unanswered.