Tesla’s Time Travel Experiment: I could see the past, present... 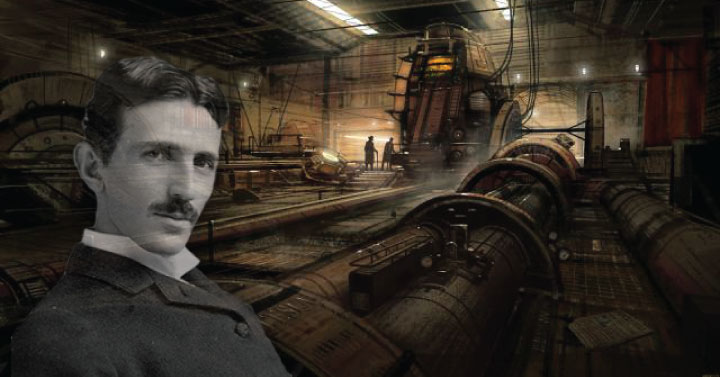 Apparently, Tesla too was obsessed with time travel. He worked on a time machine and reportedly succeeded, saying: ‘I could see the past, present, and future all at the same time.’

The idea that humans are able to travel in time has captured the imagination of millions around the globe. If we look back at history, we will find numerous texts that can be interpreted as evidence of time travel.

When Albert Einstein published his theory of relativity in 1905, it created a buzz in the scientific community, opening the page for many questions such as, “time travel, a possibility?”

There is even evidence of time travel in the Bible according to Erick von Daniken:

“In the Bible, the prophet Jeremiah was sitting together with a few of his friends, and there was a young boy. His name was Abimelech, and Jeremiah said to Abimelech, “Go out of Jerusalem, there is a hill and collect some figs for us.” The boy went out and collected the fresh figs. All of a sudden, Abimelech hears some noise and wind in the air, and he becomes unconscious, he had a blackout. After a time, he wakes up again, and he saw it was nearly the evening. So when he runs back to the society and the city was full of strange soldiers. And he says, “What’s going on here? Where are Jeremiah and all the others?” And an old man said, “That was 62 years ago.” It’s a time travel story written in the Bible. – Von Däniken.

If we look at the Mahabharata, written in the eighth century BC, King Raivata is described as traveling to the heavens to meet with the creator god Brahma, only to return to Earth hundreds of years in the future.

In Japan, the legend of Urashima Taro describes the tale of a fisherman’s visit to the protector god of the sea- Ryūjin in an underwater palace for what seemed like only three days. When he returns to his fishing village, he finds that it’s been 300 years that he’s been gone.

Maybe all of these ‘myths’ inspired great thinkers to try and figure out a way to achieving time travel.

Not long ago, a team of scientists from the University of Queensland, Australia, have simulated how time-traveling photons might behave, indicating that at least on a  QUANTUM LEVE, the grandfather paradox –which demonstrates how time travel is not possible— can be resolved. Using photons –single particles of light— researchers simulated quantum particles traveling to the past. After studying their behaviors, researchers revealed possible anomalous aspects of modern-day physics.

However, it seems that Nikola Tesla may have worked on time travel before modern science even thought it was possible.

It is believed that Tesla worked on the idea of time travel, discovering amazing results along the way. Using magnetic fields, Tesla found that the space-time barrier could be ‘altered’ and accessed by creating a ‘trojan horse’ which eventually led to a different time.

However, it is still unclear whether or not Tesla actually achieved this as there are no documents whatsoever that prove –or for that case—disprove something like this occurred.

The only thing we do know is that reports state that in 1895, a witness found Tesla at a small coffee shop looking shaken and disturbed. His assistant claimed that Tesla was almost electrocuted by a machine as Tesla was trying to solve the time travel riddle.

After nearly dying, Tesla claimed he had found himself in an entirely different time and space window, where he could see the past, present, and future at the same time while staying within the artificially created ‘magnetic field.’

Regrettably, there are no documents –which we were able to find– to back up these claims. However, if Tesla tried to achieve time travel, he surely wasn’t the only scientist to try.