It appears that after all, we have history all wrong. Mainstream history and archaeology can try to deny these facts as much as they want, but eventually, things will change and people will open their eyes to new possibilities.

According to a new study, researchers believe that the ancient Chinese discovered the American continent 2000 years before Christopher Colombus.

Trade between Eastern parts of Asia and the New World is believed to have taken place much before Christopher Columbus arrived at the “New World” changing history books . 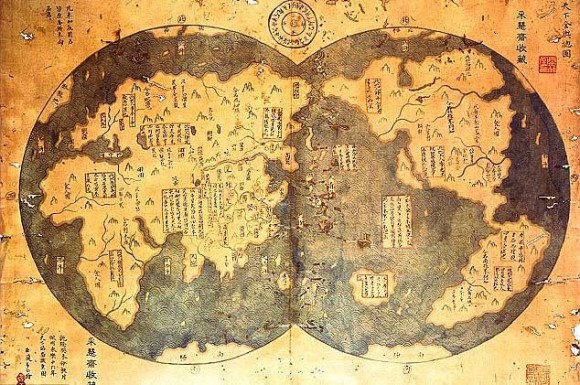 The group of researchers has discovered in Alaska, a dozen of Bronze artifacts that dramatically disprove the usual version that we have been taught in school: that it was Christopher Columbus who discovered the American Continent.

Before Christopher Columbus reached the New World in 1492 other adventurers had already stepped on American soil. Their “fingerprints” were discovered by a group of American archaeologists excavating in Alaska, finding several artifacts including a buckle and a bronze whistle.

Now, researchers propose several new theories that can change history as we have been taught in school. Long before the arrival of Spaniards, the Native Americans were in contact with other great cultures which include: China, Korea and the region of Yakutia, Russia. These exchanges would have taken place 2,600 years ago, marking the date of Columbus’ arrival as something ordinary and not as a historical date like we have been told in history class.

Researchers say that the region of North America where these artifacts were found, techniques of obtaining such an alloy were unknown in that time of history, so the scientists conclude, their origin would come from East Asia. It is assumed that trade would have been established through the Bering Strait when it was frozen.

“The traditional story of Columbus and the discovery of the New World is an absolute fantasy, a fairy tales,” said Gavin Menzies in an interview with Mail Online.

Some researchers believe that the first inhabitants of the Western Hemisphere came overland from the Bering Strait, but it was the Chinese sailors who first crossed the Pacific Ocean 40 000 years ago.

Experts also believe they have found a much deeper connecting between American natives and Asian inhabitants pointing towards the discovery of DNA markers that show that American Indians and other natives are descendants of several Asian cultures. 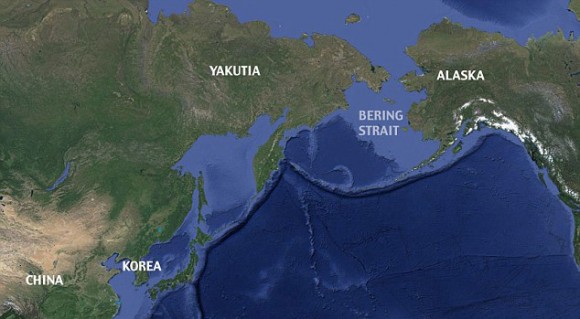 Most scientists believe that humans arrived in the New World 15,000 years, however, a recent genetic study suggests that Asian travels set foot in the New world much before that.

These discoveries can turn out to be radical when it comes to history. The question is, when will we start looking at things from another perspective. Apparently, history has been taught to new generations completely wrong.

We have known for years that human beings inhabited Earth much earlier than science and history tell us, we have also learned that ancient civilizations were extremely intelligent, possessing technologies that we today cannot understand, and now we have been told that some parts of our planet have been discovered thousands of years before than history books have it recorded.