Atlantis; the mythical land of a highly advanced and powerful civilization, but what do we know about them? Atlantis was mentioned in Plato’s dialogues “Timaeus” and “Critias” even though mainstream archaeology and history have disapproved almost every single theory about this mythical land and the ancient civilization that inhabited it.

Atlantis has been the topic of debate for over 2,500 years among philosophers, historians, and archaeologists; It was described as a powerful and highly advanced kingdom that sank in one day and one night, never to be seen or heard from again, somewhere around 9600 B.C. according to Plato.

Throughout the centuries, interest in Atlantis has been very high, and locations worldwide have been proposed as the exact place where this kingdom sank. Some scholars suggest that Atlantis was located at the Greek island of Santorini; destroyed by a volcanic eruption around 1,600 B.C. But Greek philosopher Plato described Atlantis in size, as Libya and Asia Minor put together, suggesting it was located somewhere in the Atlantic, beyond the Pillars of Hercules. 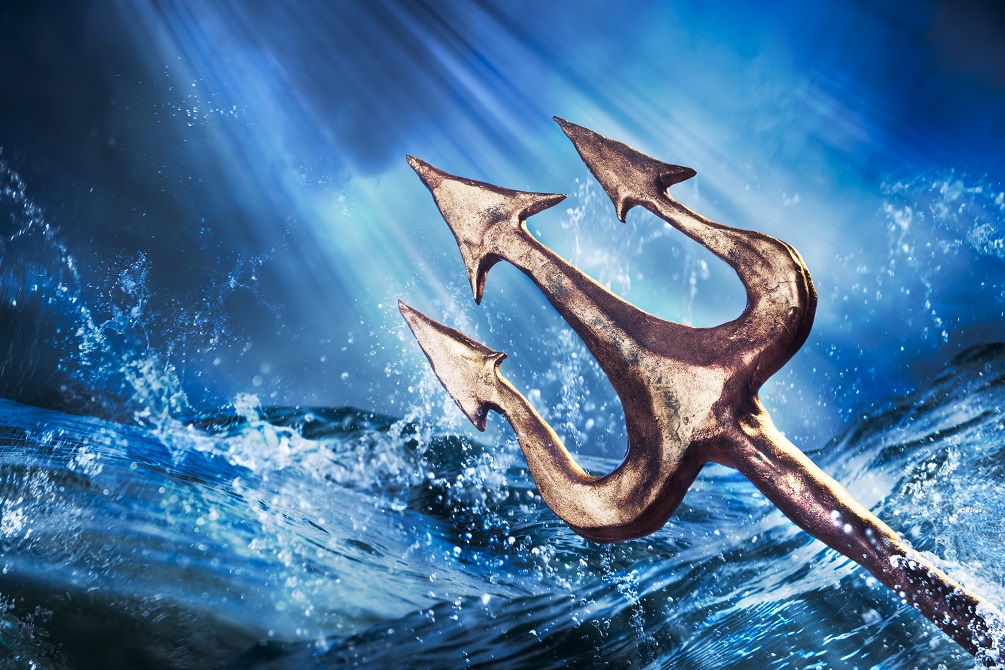 Researchers and scholars worldwide have discussed Atlantis proposing a number of theories and personal opinions. Ken Feder, professor in archaeology suggest several things regarding Atlantis in his book; Frauds, Myths, and Mysteries: Science and Pseudoscience in Archaeology. Professor Ken suggests that the Atlanteans were an incredibly sophisticated but evil culture that attempted to dominate the world by force. Practically, Professor Ken portrays the Atlantean civilization as an evil and war based civilization, whose only goal was conquest.

The ancient Athenians were the only one brave and strong enough to confront the powerful Atlanteans. Based on their most powerful weapon; their strong and pure spirit, the Athenians defeated their most powerful rival. But is it possible that this is just an ancient way of propaganda? The propaganda that Plato shared through his stories of this ancient civilization and how they were defeated by the mighty Athenians.

According to Plato, Atlantis was protected by the god Poseidon who made his son Atlas king of this mythical land. The Atlanteans grew powerful but suffered ethically; their great armies were able to conquer Africa as far as Egypt and Europe going as far as Italy. According to one theory, it was by a divine punishment that the “continent-island” sank; in one day and one night.

But there are several other theories that have been proposed about mythical Atlantis. A Swedish scientist and writer called Olaus Rudbeck proposed a rather interesting theory. Between 1679 and 1702 wrote a three thousand page treatise in four volumes called Atlantica where the author tries to prove that Sweden was Atlantis, the cradle of civilization and that all human languages evolved from Swedish.

The theory proposed by Rudbeck was heavily criticized by Scandinavian scientists and authors.

If Atlantis did exist? How come that there is no evidence of this mythical “continent“, surely such a powerful ancient civilization would have left its mark worldwide, why is it that Plato is one of the few who mentioned Atlantis? Basically, the tale about Atlantis did not exist until Plato wrote about it.

How did Plato find out about Atlantis? Well, according to this Greek philosopher, the stories of Atlantis were passed to him by his grandfather, who had heard the story about ancient Atlantis from an Athenian statesman called Solon who learned about the existence of Atlantis from an Egyptian priest who claimed that Atlantis existed nine thousand years ago before that; making it one of the oldest civilizations on Earth. But even Plato wasn’t taken seriously about Atlantis by his fellow scholars; Aristotle’s spoke about Plato saying: “He could create nations out of thin air and then destroy them…”.

The incomplete utopian novel published by Sir Francis Bacon in 1962 explained that a very advanced civilization existed on an unknown island. Sir Bacon portrayed a vision of the future of human discovery and knowledge. The novel called; “New Atlantis” depicts a mythical island called Bensalem, discovered by the crew of a European ship after they were lost in the Pacific Ocean somewhere in the vicinity of Peru.

Ignatius Loyola Donnelly who was a U.S. statesman, amateur scientist, and writer wrote about Plato’s Atlantis in his book; “Atlantis: The Antediluvian World,” arguing that technological improvements in the field of metallurgy, agriculture, religion, and language — must have originated in Atlantis, a highly advanced civilization, discrediting other ancient societies by saying that they simply could not have developed the necessary advancements on their own.

Many other authors included their personal opinion and formed their own theories regarding Atlantis, in recent years thousands of books have been written about the lost continent of Atlantis, movies and T.V. series inspired by Plato’s work, and researchers and archaeologists have not stopped looking for the ancient Atlanteans. Many experts in Atlantis have claimed to have found this ancient civilization from Bolivia, Turkey, the Caribbean, Spain, Antarctica, Sweden and other countries, backing up their findings with “incredible” “evidence”, but they appear not to have paid much attention to Plato, who actually described the location of Atlantis in his work Timaeus, stating the following:

For it is related in our records how once upon a time your State stayed the course of a mighty host, which, starting from a distant point in the Atlantic ocean, was insolently advancing to attack the whole of Europe, and Asia to boot. For the ocean there was at that time navigable; for in front of the mouth which you Greeks call, as you say, ‘the pillars of Heracles,’ there lay an island which was larger than Libya and Asia together; and it was possible for the travelers of that time to cross from it to the other islands, and from the islands to the whole of the continent over against them which encompasses that veritable ocean. For all that we have here, lying within the mouth of which we speak, is evidently a haven having a narrow entrance; but that yonder is a real ocean, and the land surrounding it may most rightly be called, in the fullest and truest sense, a continent. Now in this island of Atlantis there existed a confederation of kings, of great and marvelous power, which held sway over all the island, and over many other islands also and parts of the continent.

According to Plato, the land where Atlantis was located was dominated by great hill, it was surrounded by two concentric rings of land that were linked together by bridges and roads. The water that separated the rings formed great harbors that were connected by canals approximately 150 feet deep and 500 yards wide. The land of Atlantis was very fertile which allowed its people to live in total independence until a disaster occurred:

Plato did, in fact, say where Atlantis was located, but it has not yet been found, or perhaps archaeologists and researchers have not searched good enough for this ancient mythical land. But there still is hope, because more than 95 percent of the underwater world remains unexplored, chances are, Atlantis might still be somewhere underwater, in a place we have yet to search. Even though modern-day archaeology and geology believe this mythical land never existed providing evidence; many explorers hope that one day, they will discover the lost continent of Atlantis.

Aristotle had a very skeptical opinion regarding Atlantis; He believed that this mythical continent was a fabricated by Plato from the beginning to the end suggesting that Plato did not have a single piece of evidence to back up his theories.

Researchers believe that Plato might have been right, pointing toward the island of Crete where an advanced race of Minoans lived in harmony and enlightenment before being destroyed in cataclysmic events mysteriously.

According to researchers, Plate Tectonics make it impossible for Atlantis to have existed suggesting that the seafloor on Earth spread over the years and did not contract, making the continents drift apart; thus, there would not have been a place for Atlantis to sink into in first place. Kenneth Feder, professor of archaeology at Central Connecticut State University, who is also the author of several books on archaeology explains that given the location by Plato, there would have been no large land surface that sank; in one day and one night in the area where Plato stated Atlantis was located.

One of the most incredible discoveries that have been made recently, connected to Atlantis, is the finding of a metal described in Plato‘s writings on Atlantis off the coast of Italy where divers from the Italian Coast Guard, “the Guardia di Finanza” and the “Superintendencia del Mar.” discovered Atlantis’ legendary metal “Orichalcum“. Orichalcum was the second most valuable metal in the mythological city and predominated in many parts of Atlantis.

Whether this discovery has something to do or not with Atlantis is a mystery, those who believe in the existence of Atlantis welcome the news, skeptics dismiss the finding with the blink of an eye, but it is without a doubt a very interesting discovery that will fuel future archaeological missions in the search of the lost continent of Atlantis.