Tesla, the Black Knight satellite and the hidden code

The Black Knight is without a doubt one of the most talked about extraterrestrial objects orbiting our planet at the moment. When first sighted in orbit, it was thought to be a Russian Spy satellite, but this was very quickly dismissed.But the question is for how long has it been there and better yet, who put the mysterious satellite into orbit, and not just any orbit but Polar Orbit. According to several researchers and scientists worldwide, this object is emitting a radio frequency that has been intercepted and even decoded. According to HAM Radio operator, the Black Knight is actually transmitting an Alien message that has a connection with the Epsilon Bootes Star System. But the story goes back even more. One of the most interesting facts is that Nikola Tesla claimed to have intercepted radio signals, from space, from the Black Knight Satellite.

Nikola Tesla is considered one of the most innovative and mysterious men who ever lived. Tesla’s inventions went far beyond electricity. He made groundbreaking discoveries such as wireless radio communications, turbine engines, helicopters (although it was Da Vinci who first had the idea), fluorescent and neon lights, torpedoes and the X-ray among others. By the time of his death, Tesla held nearly 700 worldwide patents. On 17 May 1899, Tesla moved to Colorado Springs where he would investigate atmospheric electricity, observed lightning signals via his receivers. Tesla stated that he observed stationary waves during this time.

The great distances and the nature of what Tesla was detecting from lightning storms confirmed his belief that the earth had a resonant frequency. He produced artificial lightning (with discharges consisting of millions of volts and up to 135 feet long). Thunder from the released energy was heard 15 miles away in Cripple Creek, Colorado. But most importantly while in Colorado Springs, Tesla intercepted strange radio signals that spread through the media incredibly fast. Tesla observed unusual signals from his receiver; Tesla concluded that these signals might actually be signals that have originated somewhere in space.

But Tesla was not the only one who was able to intercept these mysterious signals. Guglielmo Marconi, 1st Marquis of Marconi, was an Italian inventor and electrical engineer, known for his pioneering work on long-distance radio transmission and his development of Marconi’s law and a radio telegraph system. Guglielmo Marconi also intercepted signals originating from space a few years after Tesla; researchers have since claimed that Tesla and Marconi intercepted the same signals. 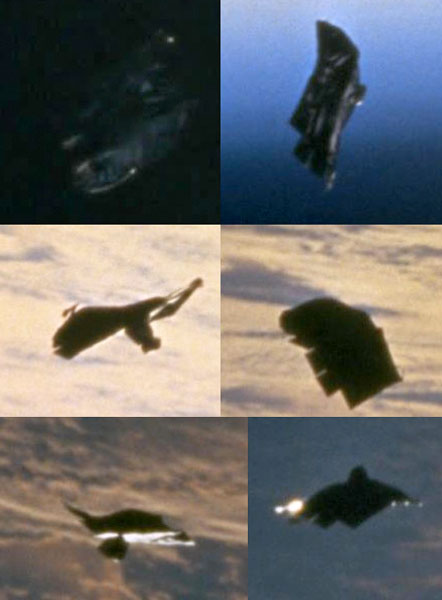 Four years before the launch of Sputnik I, in 1953, The Black Knight Satellite was spotted by Dr. Lincoln La Paz of the University of New Mexico. Even the Department of Defense showed extreme interest in the Black Knight Satellite and apparently they even appointed astronomer Clyde W. Tombaugh to run a search for the object. In 1957, the Black Knight Satellite was once again in the headlines after Dr. Luis Corralos of the Communications Ministry in Venezuela photographed it while taking pictures of Sputnik II as it passed over Caracas. But unlike Sputnik I and II, this mysterious satellite orbited in an east to west orbit. The Russian and American satellite at that time moved west to east thereby using the Earth’s natural rotation stay in orbit speed, back then our technology wasn’t that advanced, so it was quite hard to keep a satellite in that kind of orbit.

Four years after the launch of Sputnik, a mysterious object was seen “shadowing” the Sputnik I. The object was in polar orbit, but at that time, neither the Americans nor the Russians had the technology or ability to maintain a Satellite in Polar orbit, so if it wasn’t the United Stated and the Russians, who placed it there?

In 1960, the Black Knight was again in the media, as researchers spotted the mysterious satellite again in polar orbit. The weight of the Black Knight Satellite was calculated, and researchers estimated that the object weights over 15 tons. Again, neither the Americans or Russian had the technology to send up a satellite that heavy into space. Research showed that the Black Knight moved as twice as fast as any other man-made object in orbit. Robert L. Johnson, director of the Adler Planetarium, stated that the Black Knight was very unpredictable and that it did not keep up a regular schedule. It would appear sometimes, and sometimes it didn’t. It is very unpredictable, and it is very difficult actually to see it in the sky.

Duncan plotted a vertical axis of the transmitted pulse sequence with a horizontal axis of echo delay time and as a result, he found a  picture of the Epsilon Bootes Star System or better said as it would look 15,000 years ago.According to Duncan, a message accompanied the star map. The message that the Black Knight Satellite transmits is the following:

START HERE.
OUR HOME IS EPSILON BOOTIS.
WHICH IS A DOUBLE STAR.
WE LIVE ON THE 6th PLANET OF 7 – CHECK THAT, 6th OF 7 –
COUNTING OUTWARDS FROM THE SUN
WHICH IS THE LARGER OF THE TWO.
OUR 6th PLANET HAS ONE MOON,
OUR 4th PLANET HAS THREE,
OUR FIRST AND THIRD PLANETS EACH HAVE ONE.
OUR PROBE IS IN THE ORBIT OF YOUR MOON
THIS UPDATES THE POSITION OF ARCTURUS SHOWN ON OUR MAPS.”

The video above, even though it dismisses the fact that this is an actual Satellite, shows a video recording from space of the Black Knight Satellite. Very interesting footage.

Check out our 20 facts about the Black Knight Satellite.

Is the Black Knight Satellite an extraterrestrial piece of technology orbiting our Planet? Or is there another explanation for it. It surely could be just a combination of unrelated information; something made up throughout the years or opinions of people that have over-interpreted the images provided to the public. Many questions but not enough answers, the Black Knight continues to be a mystery in the sky.