The Baltic UFO; Electrical components fail when in proximity to...

According to reports, a team of researchers from the Ocean X group said that their electronically device were switched off automatically when their ship passed in the vicinity where to object is located. There have been many different options regarding the so-called “Baltic Sea Anomaly”. While some believe there is a mysterious origin to this object, others believe its simply a “nice” looking rock, at the bottom of the ocean.

Many people who have seen the images of the object believe it might actually be a crashed UFO. According to some members of the Ocean X team, there is a visible underwater trace that could have formed as a result of the object crashing, thus leaving a trail behind it. Other theories claim that the object is a submarine base, since it closely resembles the bases built by the UK and Germany during World War II. Yet there are numerous other theories that range from the above mentioned to ancient ruins of prehistoric civilizations. Strangely all the theories might be correct. The most mysterious part of the investigation is why the electrical components of Ocean X were shut down when they approached the area where the object is located. 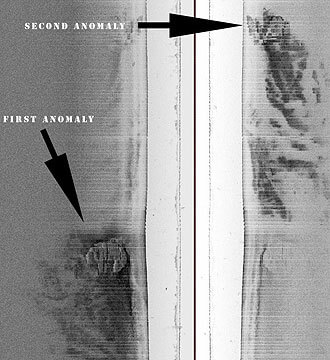 Many experts have dismissed the possibility that it is just as an unusual formation on the seabed.

Both Denis Åsberg, as Peter Lindbergh, divers of Ocean X, said the object cause disruption and constant interference in electronic equipment when approaching, unusual if the mention object is just a rock as many believe. The two Ocean X divers highlight the diameter of the object which is 60 meters, while stating that the object has an unusual stepped structure that joins at the platform of the object. Lindberg has said that in his diving experience, which is over 20 years, he has never seen anything like this mysterious object.

In an interview with Fox news, Lindberg said: “The surface is cracked, three is a black material that fill the cracks but we are unsure what this material is.”
According to Ocean X members, the mysterious disc shaped object has some sort of opening at the top with other strange details on the surface. 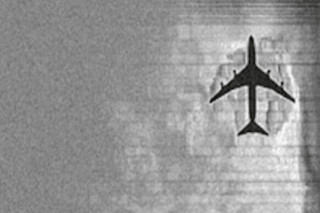 The mission that aimed on finding shipwrecks in the Baltic turned out to be one of the most talked about discoveries in the recent years when Ocean X discovered the mysterious structure and its “crashing trail” in the Baltic Sea. The poor visibility in the ocean has made it impossible to accurately photograph the object.

According to reports, this is only one of the many mysterious findings that the team has made on the site, most of which are still under the control of the television company that financed the expedition.

The mystery around the Baltic UFO, as some call it, continues, we hope that all the information regarding this anomaly will be released to the public so we can understand what the original and purpose of the Baltic anomaly are.