The Great Pyramid of Giza consists of a staggering 2.3... 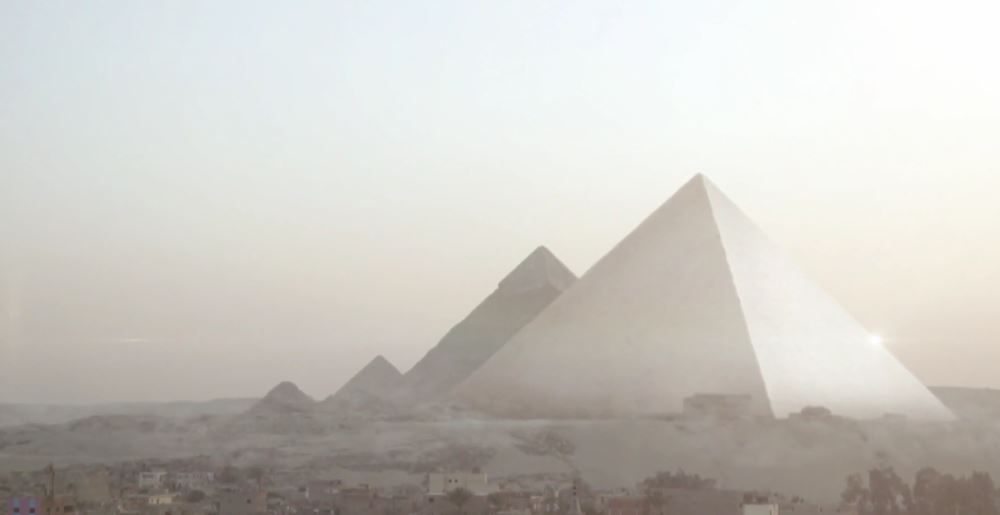 Not only does the Great Pyramid of Giza consist of around 2.3 million blocks transported from quarries located all over Egypt, it is estimated that 5.5 million tons of limestone, 8000 tons of granite and around 500,000 tons of mortar were used thousands of years ago to build this massive ancient monument.

The fact that all of this was achieved thousands of years ago with ‘primitive’ tools makes this supermassive structure a true marvel of ancient engineering.

Interestingly, the weight of the pyramid is estimated at 5,955,000 tons. Multiplied by 10^8 gives a reasonable estimate of the earth’s mass.

Furthermore, the Great Pyramid of Giza was covered in highly polished white limestone. In fact, the highly polished casing stones are said to have reflected the sun’s light and made the Pyramid shine like a MASSIVE jewel.

Most of these casing stones are missing today since they were removed in the past to build mosques after an earthquake in the 14th century loosened many of them. Appropriately, the ancient Egyptians called the Great Pyramid “Ikhet”, meaning the “Glorious Light” since its incredibly well-polished casing stones reflected light so powerfully that the pyramid was visible from great distances.

It is believed that the ancient Egyptians cut stone blocks by hammering in into them wooden wedges which were afterward soaked in water.

The absorbed water made the wedges expand causing the rock to crack. Once cut, they would transport them with boats up or down the River Nile to the Pyramid.

Once the great Pyramid was completed, it was surfaced by highly polished casing stones. They were carefully cut to obtain the necessary dimensions and once in place, gave the pyramid a smooth, flat finish. The outer mantle was composed of 144,000 casing stones, all of them highly polished and flat to an accuracy of 1/100th of an inch, about 100 inches thick and weighing approx. 15 tons each.

The earthquake that loosened most of the casing stones of the Great Pyramid occurred in AD 1303. in 1356 the casing stones were taken by Bahri Sultan An-Nasir Nasir-ad-Din al-Hasan to build mosques and fortresses in nearby Cairo.