The astonishing link between Sacred Geometry and the Universe 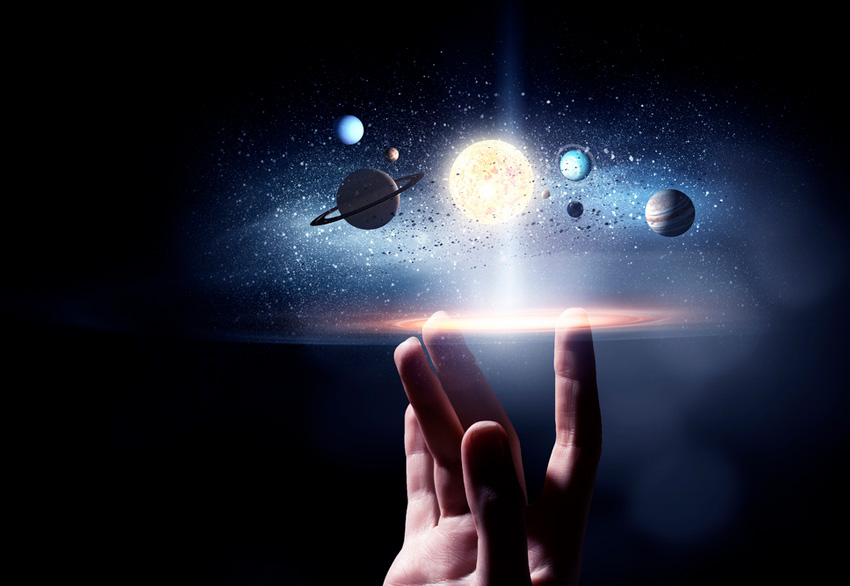 Have you ever thought about ‘Sacred Geometry’ and the mysterious connection to everything that surrounds us? As it turns out there are numerous mysteries that seem to connect mother nature and sacred geometry.

Sacred geometry proposes that it is possible to find in the universe, certain geometric patterns which are repeated.

The analysis of sacred geometry is based on predetermined arithmetical figures that can help comprehend intuitively the completeness of being and the cosmos.

Curiously, when drawing a tetrahedron (composed of two juxtaposed triangles) in each of the bodies that form part of the Solar System, the vertices correspond to the parallels 19.5 ° of latitude south and north.

Strangely, it is also in those parallels where the greatest focal points of instability are found on the surface of our planet.

From all of the above we find quite a few interesting details:

The greatest number of explosions or sunspots occur precisely in both 20 ° parallels of the Sun.

Furthermore, if we take a look at parallel 19.3 ° north on Mars, we will find Olympus, the most massive volcano in all of the solar system. 19.5 degrees is the angle that’s been found by researchers (Richard C. Hoagland, Stanley McDaniel, Erol Torun, Horace W. Crater, etc.) to be repeatedly encoded in the structures of Cydonia on Mars.

Curiously, it has also been observed that 19.5 degrees are closely linked, for some reason, with NASA space missions (for example, Mars Pathfinder landed at 19.5 degrees lat. of Mars on July 4, ’97). In fact, not only did Pathfinder landed at 19.5 N, the longitude of the landing site was approximately 33 W – which is the very number of the longitude of the apex of the Great Bend of the Nile (33 E)

But there are even more fascinating things out there. Remember the great red spot on Jupiter? This massive storm is located at parallel 19.5° south. On Venus: major active volcano complexes Alpha and Beta Regio are located near 19.5 degrees.

If we take a look at Neptune, we will find that on parallels 19.65 south there is a MASSIVE spot whose origin still continues to baffle experts.

Planet Earth isn’t an exception. If we take a look at parallel 19.5 ° north, we will come across the Mauna Kea volcano in Hawaii. It is one of the most active on the planet. The Pyramid of the Sun at Teotihuacan is at 19.6 degrees north. (19 degrees 23 minutes N, 99 degrees 10 minutes W)

Furthermore, if we take a look at Earth’s moon, we will find that Mare Tsiolkovski is located at 19.5 ° south latitude and Mare Moscovian at 19.5 ° north latitude.