The Sunken City of Pavlopetri 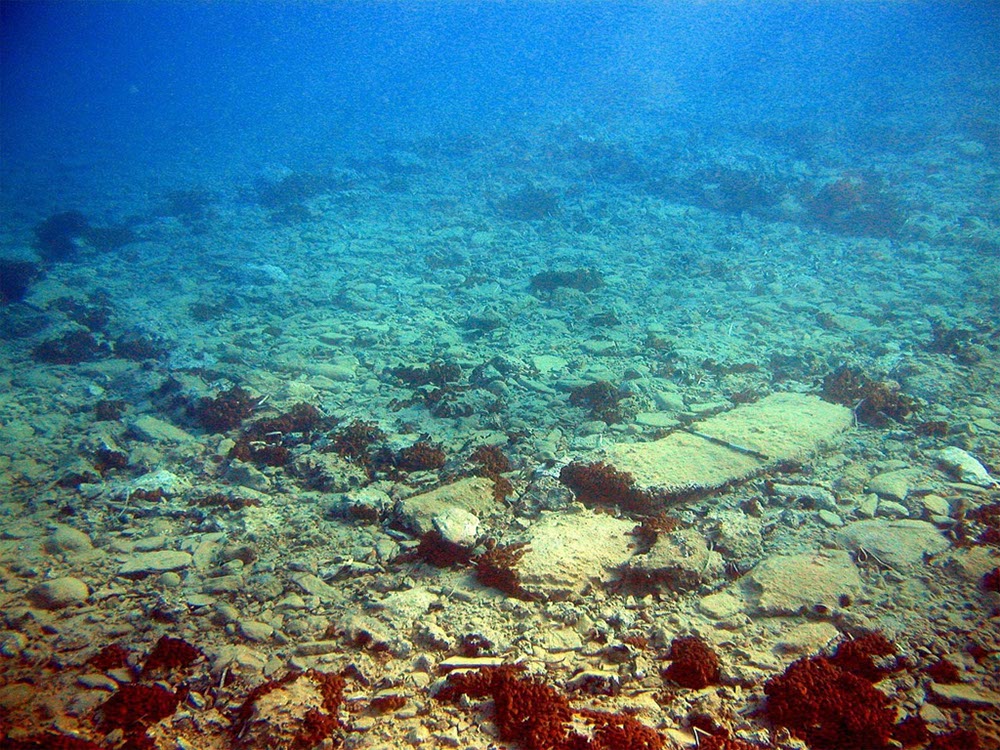 Located off the coast of southern Laconia in Peloponnese between the Pavlopetri islet across the Elafonisos village and the Pounta coast, Greece, archaeologists now believe this ancient city dates back 5,000 years and is the oldest submerged archaeological town. Pavlopetri was once a thriving port that dominated the Mediterranean. It thrived for 2,000 years during the time that saw the birth of western civilization.

It was discovered in 1967 by Nicholas Flemming and mapped for the first time in 1968 by a team of archaeologists from Cambridge. Researchers dated the ruins to the Mycenaean period, 1600–1100 BC but later studies showed an older occupation date starting around 2800 BC. Researchers believe the Mycenaeans used the pithoi and other storage vessels that were discovered underwater in order to store the goods they produced and/or traded.

Archaeologists believe that a cataclysmic event, a powerful earthquake, that occurred around 1000 BC caused the ground around the city to sink, bringing the town floor three meters below sea level, changing the regions topography forever.

The well designed roads, houses and temples demonstrate that Pavlopetri was an extremely well organized city, and several researchers claim that the design of Pavlopetri surpasses other similar cities of that time period by far. Historians believe that the inhabitants of Pavlopetri were farmers, livestock breeders and fishermen, they also produced textiles and processed porphyry for dyes.

It is believed that they traded as early as the Proto-Helladic period – 3000 BC. A large number of weights used in weaving looms have been discovered showing that the women and children produced textiles and valuable clothing, adding to the value of potential trade routes across the Mediterranean.

Pavlopetri was one of, if not the most important ports in the southern Peloponnese due to the fact it would have been able to monitor shipping from the ports of southern Laconia to the Aegean and the western Mediterranean, making it a extremly valuable trading route. The narrow channel between Elafonisos and Kythera was one of the most important shipping lanes in the Mediterranean, enabling communication between East and West. (source)

The cities stone foundations, tombs and the remains of the temples, plazas and other buildings have been well preserved even though erosion has left its mark over the centuries, the layout of this ancient city remains almost unchanged.

A 2009 survey made important contributions to the discovery when researchers mapped the city and it is one of the first ancient cities that was rebuilt digitally in three dimensions.

Archaeologist believe that through the research of this ancient city, new insights will be provided into the workings of Mycenaean society.

Dr Henderson, from the Underwater Archaeology Research Centre (UARC) in the Department of Archaeology, said: “This site is of rare international archaeological importance. It is imperative that the fragile remains of this town are accurately recorded and preserved before they are lost forever. A fundamental aim of the project is to raise awareness of the importance of the site and ensure that it is ethically managed and presented to the public in a way which is sustainable and of benefit to both the development of tourism and the local community.”