The Nazca lines of Peru are, without a doubt, the most enigmatic and mysterious geoglyphs ever discovered on the planet, but the discovery of an Ancient Indian Mandala makes the Nazca lines, even more, mysterious 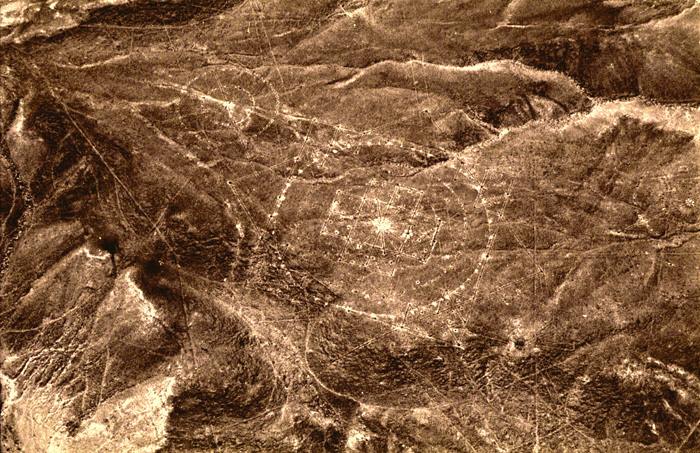 Many of us have wondered, together with countless scholars, what the exact purpose of the mysterious lines is… yet no one has been able to fully understand, nor answer, the exact purpose of these mysterious lines. Were these giant figures meant to be seen from above? Do hey mimic constellations in the sky? What were the ancient’s trying to say to future generations? Were the Nazca lines mere ancient art? If so… why would ancient mankind create art that cannot be fully appreciated from the ground?

These are some of the questions that have been asked for decades, yet no one has been able to answer them. There are over 800 straight lines, 300 geometric figures and 70 animal and plant designs also called biomorphs. The largest figure found at Nazca stretches about 200 meters across. Interestingly, the Longest glyph found at Nazca goes for 9 miles.

There are some scholars that have discovered curious patterns in the numerous designs and they suggest that the Nazca might be one of the earliest known examples of applied geometry. According to some claims, scientists from the University of Dresden researched the Nazca lines, measuring the magnetic field and electric conductivity and discovering that electric conductivity was 8000 higher on the Nazca lines than next to them. 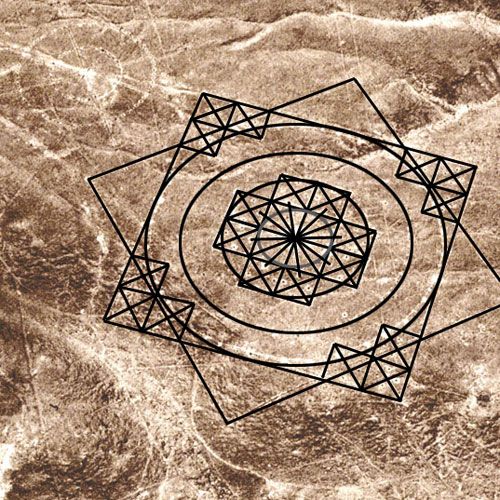 But perhaps one of the most enigmatic depictions of Nazca is what is known as the Mandala. Depicted in an extremely remote area, it sits atop an arid mountain plateau, causing confusion among those who have been able to observe it directly.

The Mandala is considered a ritual symbol in Indian religions and represents the universe. Today, the mandala has become a generic term used to describe any diagram, chart or geometrical pattern that represents the cosmos. The Mandala also symbolizes the notion that life is, in fact, a never ending cycle. But what is it doing in Peru? Who created it… and for what purpose?

The Mandala at Nazca seems to have been carved with extreme precision and detail, created on the ground measuring around 180 feet across, with an inner circle of the same diameter. In addition, several other smaller circles, approximately 20 feet in diameter are etched in the landscape along with a series of strategically placed holes.

The Ancient Hindus were among the first people on the planet to use a Mandala spiritually, but the most famous Mandala most of us know are in fact made by Buddhists. In Ancient Sanskrit, mandala means ‘circle’, even though the depiction of the symbol may be dominated by a set of squares or triangles, the mandala as a whole is a concentric creation.

Archeologists today have failed to understand, or even ask, how an ancient symbol, that originated half-way around the world, got to a remote, arid mountain near Nazca.

Interestingly, according to some local legends, the mysterious Incan creator god Viracocha, commissioned the Nazca Lines and glyphs in the past. These lines are said to be created by the Viracocha himself. He was the great teacher God of the Andes.

Viracocha was one of the most important deities in the Inca pantheon and seen as the creator of all things or the substance from which all things are created, and intimately associated with the sea. According to the myth recorded by Juan de Betanzos, Viracocha rose from Lake Titicaca (or sometimes the cave of Pacaritambo) during the time of darkness to bring forth light.