According to many researchers Atlantis might have been located in the American Continent, and some believe that the Bolivian Andes region coincides with Plato’s description of the lost continent/city of Atlantis. In his work Timaeus and Critias, Plato describes a huge continent called Atlantis where an advanced civilization flourished. Atlantis existed in a distant point in the Atlantic Ocean, in front of the Pillars of Hercules or Straits of Gibraltar. Plato described a small volcanic island also called Atlantis where an incredible city was located filled with incredible features; this was the capital of the continent. 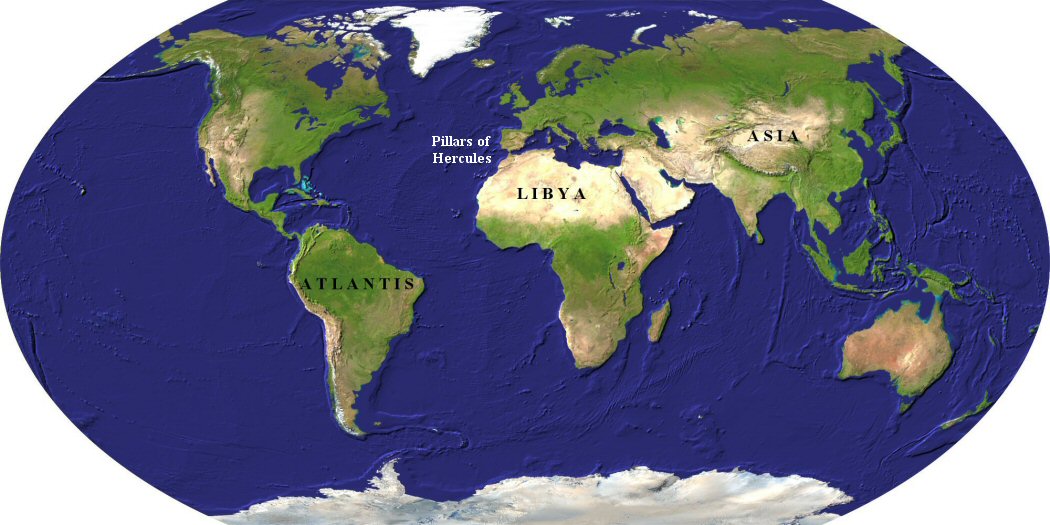 We know that Atlantis isnt located in the island of Crete, why? Because according to Plato, Atlantis was located in front of the Pillars of Hercules or Straits of Gibraltar, thus the idea of Atlantis being at Crete or Thera is almost the opposite of what Plato said. It is not located in the atlantic ocean nor does Crete and Thera have the necessary features and size of Atlantis. The Azores option seems to fall out of the game as well, as there are no sunken “continents”  around the Azores. Researchers who believe that Atlantis was located in wat we call Antarctica might also be wrong since Antarctica has spent thousands of years under the ice making it nearly impossible to sustain a civilization like the Atlantean. Of course there is still a slight possibility due to the fact that according to many, Pyramids and other structures have been discovered on Antarctica.

The “lost Continent of Atlantis” was as big as North Africa and Asia combined, geologically, South America is that size. Most researchers agree with the theory that Atlantis might actually be located in South America, more precisely, Bolivia. The key to this mystery is the description of Plato; describing a large continent, yet a small volcanic island at the same time with the same name. According to Plato, this continent was wide, plain and at its center, there was a volcanic island that later was called Atlantis. So there might actually be a possibility that the continent itself did not sink, but only a small part of it, o better said the island that was described. 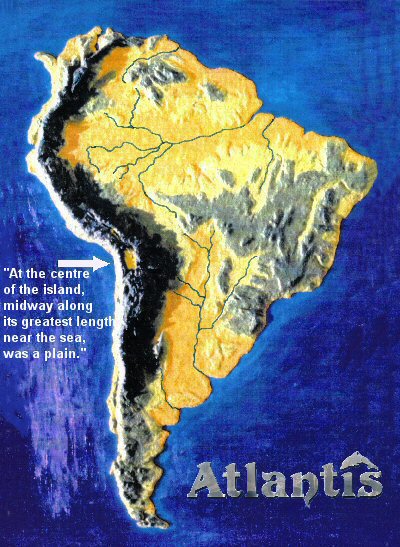 This description is believed to fit almost perfectly with the South American continent; It is located in front of the Pillars of Gibraltar, it has a flat plain, rectangular shape, extending from the center of the continent, halfway the longer side of the continent. The city shape fits into the rectangular description, 9 kilometers from the sea in an inland sea but most importantly, according to Plato, the entire region is located at an elevated altitude. All of this would fit almost perfectly into the description of the lost continent and city of Atlantis.

According to researchers, the capital of Atlantis was built around a volcanic island that sank in the inland sea of ​​Lake Poopo located on the rectangular side of the Bolivian Altiplano, perfectly surrounded by mountains in all directions, and these mountains are rich in numerous minerals that Plato mentioned in his work on Atlantis; Gold, Silver, Copper and Orichalchum which is an alloy of gold and copper that exists according to researchers only in the Andes region. Plato described the walls of the circular city of Atlantis as being covered with this mysterious alloy. More importantly, the words “Atl” and “Antis” come from ancient languages spoken in the South American Continent, which are translated to Water and copper. 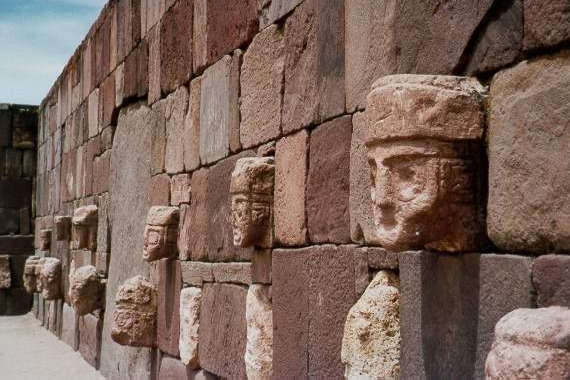 The incredible ancient complex of Tiahuanaco has a strong connection to Atlantis according to several researchers who support the South American Theory of Atlantis. Based on the blocks and monumental ruins of Tiahuanaco, located in the vicinity of Lake Titicaca, researchers believe that Tiahuanaco archaeological site is evidence of a extremely advanced ancient civilization, one with a history of more than 12,000 years, and this ancient civilization might have been the Atlantean civilization in what we call today, Tiahuanaco and Puma Punku. Interestingly, the stones of the Tiahuanaco region are red, black and white, just as Plato described.

These rocks of stone demonstrate incredible precision cuts, smooth surfaces and other incredible masonry features and some of the structures found at Tiahuanaco appear to have been used in previous constructions. Natural springs of hot and cold water are described in Atlantis, and there are also some of these in the Pampa region Auallagas.

The Bolivian legends also seem to correspond to Atlantis as well. For example, Atlantis is said to have been destroyed by Poseidon who was the patron god of the City, after its inhabitants became evil and immoral. Surprisingly, the legends of the Pampas region speak of the moral downfall of its society which resulted in a destructive flood, send by Tunupa, the god of water, another similarity that can be added to the list.

Tiahuanaco and Puma Punku have incredible features that neither archaeology no history cannot fully understand and explain. It still remains a mystery as to how the huge structures of the region were created and how they obtained such precision. The Atlantean civilization might have existed, and as many researchers believe, this highly advanced civilization could have existed in South America, around Tiahuanaco and Puma Punku, places that areas mysterious as Plato’s Atlantis.